The Virtues and Benefits of Hiring
lllegal-Alien Workers 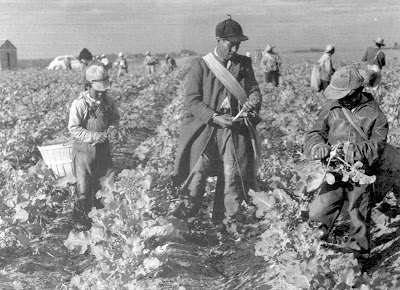 Yesterday at another blog many were complaining bitterly, and angrily in self-righteous tones while expressing resentment and deep hostility against the presence of somewhere between eleven and twenty million illegal aliens they see as “sponging off the system while producing instant American-citizens [i.e. ‘Anchor Babies’] by the tens of thousands.”

Many were arguing in favor of the arrest, internment and deportation of the whole lot, and others were snarling that draconian methods should be used to punish the employers who hire these people –– a move that would effectively destroy or seriously cripple many businesses on which Americans have grown to depend.

This would be bound to result in a sudden, wasteful scarcity of goods and services, and hugely inflated prices to say nothing of the heartbreak it would produce in the personal lives of hundreds of thousands of decent, highly productive, contributing human beings who in truth are guilty of nothing but taking advantage of our government’s laxity, stupidity, short-sightedness, negligence and inefficiency.  The illegals have simply moved in to fill a void.

Fellow blogger Dave Miller, who has lived in Mexico and had considerable experience working with Mexicans in connection with his line of work had this to say:

"Regarding hiring here in the US, we gave up hiring US workers on our construction projects as they could not compete in either speed, or quality of work.

“When you are working in multi-million dollar residences in Southern California, there are certain skills and abilities we needed that we were unable to find in the local, legal workforce.

"Even paying upwards of $20.00 an hour, it was always a struggle, so we found some [capable, willing, reliable, highly cooperative] guys, trained them ourselves and they've worked for us for over 20 years.

Our situation I am sure is probably not normal, but it is what it is." 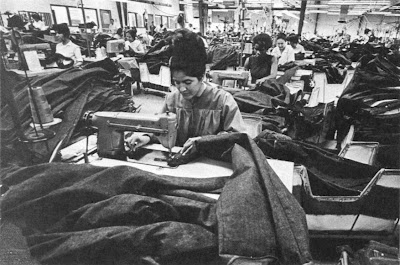 Dave, I can assure you it IS normal –– PERFECTLY normal. The same is true all the way across the country as far to the east as you could possibly get –– and I'm reasonably certain it is true at most-if-not-all points between. I can, personally, attest to the truth of your statement.  As a libertarian by natural inclination who has always maintained a healthy suspicion of Authority –– a suspicion that borders n contempt much of the time –– I have little or no respect for The Law when it willfully blinds itself to and refuses to accommodate Reality –– as it too often does.

What most Americans –– particularly those on the left –– refuse to see or to acknowledge is that Unionism and the machinations of the Progressive Movement for the past hundred years have resulted in vastly increased dependence on government assistance of all varieties. These possibly-well-meaning initiatives have done so much to undermine our once remarkably good Work Ethic they have virtually destroyed it.

The main idea ever since Collectivist Ideology took hold has been to agitate ceaselessly and strike repeatedly for higher and higher wages for doing less and less actual work.

1. A generally indolent, spoiled-rotten, increasingly belligerent and demanding work force who honestly believes it could never –– ever –– be paid enough for doing so much as lifting a finger.

2. Rapidly spiralling Inflation. [The Purchasing Power of the Dollar today is approximately one ONE-THOUSANDTH of what it was in my grandfather's day –– c. 1900.]

3. Inability for US companies to compete with those abroad, UNLESS they relocate to third world countries or outsource. The same has happen in Britain, of course, and most of the European countries who've gone the socialist route.

5. The rise of the infernal thing known as Crony Capitalism where business moguls have developed an unholy alliance with government in order to protect themselves against relentless Government Encroachment on Business. The result has been an immoral, hideously disproportionate accumulation of wealth "at the top" and a palpably disintegrating standard of living for the rest of us.

All of history is nothing but a long long series of Action-Reaction, Cause-and-Effect. The Law of Unintended Consequences is ALWAYS at work. Everything we do has Consequences. Nothing comes without a Price Tag. Sooner or later The Piper Must Be Paid.

In short WE REAP WHAT WE SOW.