WHY AREN’T MORE PEOPLE REPELLED BY THE LEFT? 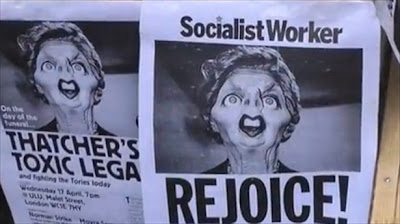 Here is something I don’t understand: liberals are often revealed as vile, vulgar hatemongers–not all of them, of course, but far too many–yet they never seem to pay a penalty at the polls. Why is that?
Margaret Thatcher’s death has been the latest occasion for the Left to show its true stripes. All across the U.K., there have been demonstrations–vulgar at best, and violent at worst. In Bristol, lefties celebrating a Thatcher “death street party” started fires, destroyed property and battled police: 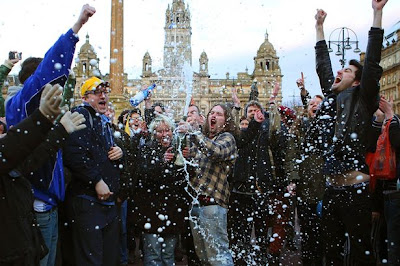 This evening in Trafalgar Square, liberals have turned out for a long-planned celebration of Thatcher’s death:
“We’ve been waiting a long time for this,” Richard Watson, a 45-year-old from eastern England wearing a party hat, said. “It’s an opportunity of a lifetime.”
As a huge effigy of Thatcher, with a hook-nosed and toting a handbag, made its way down the stairs in front of the National Gallery, the crowd erupted into cries of “Maggie! Maggie! Maggie! Dead! Dead! Dead!” and sang lyrics from the “Wizard of Oz” ditty “Ding Dong! The Witch is Dead.” 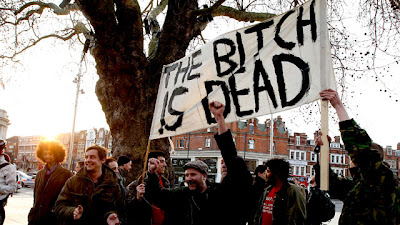 Here in the U.S., the last similar display from the Left was the Occupy Wall Street movement, but liberal violence and general hatefulness have a long and consistent history. Recall, to cite just one of many examples, the liberals who attacked buses containing delegates and dropped cement blocks on cars from a highway overpass during the 2008 Republican convention in St. Paul. It is notable that violent leftists are never denounced by Democratic Party politicians. On the contrary, as we have seen most recently with Kathy Boudin, they find them well-paid jobs as professors when they can. And it is not hard to understand why liberals tend to be so angry; nearly every communication that emanates from the Democratic Party is a hateful, over-the-top smear against Republicans. 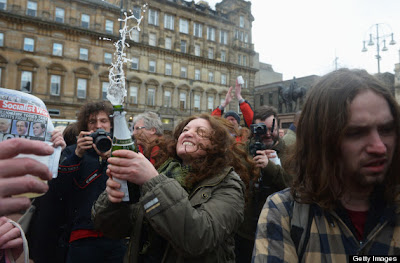 So to repeat: I don’t get it. Why aren’t more voters repelled by the constant parade of vulgarity, hate and violence that characterizes modern liberalism?