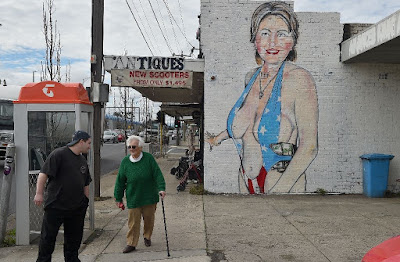 Every now and then for reasons no one can figure out someone sends me audio tapes and emails meant for Wikileaks. I just got a new batch and I thought you’d like them. The first series which I got on Monday seems to be from the Convention Planners. I’ve transcribed the audio to save you time. A. Planning the Convention -UNIDENTIFIED DNC ORGANIZER: First off, messaging on the Wikileaks DNC emails. Remember it’s the Russians. When they note the hacking started in June, before Trump was on the scene, just answer the Russians. If they ask if these were authentic, …

For the rest of the article, please google
American Thinker-Clarice Feldman,
and it should come right up.

The Rise and Fall of Willie Stark

Ironically, a good man becomes corrupted by his success in fighting corruption
in the Establishment of his time.

A POWERFUL and MOVING TALE
Posted by FreeThinke at 12:00 AM 18 comments:

CRIME and PUNISHMENT
Part Two of Two
Posted by FreeThinke at 4:00 AM 5 comments:

CRIME and PUNISHMENT
Part One of Two
Posted by FreeThinke at 4:00 AM 6 comments:

Sit down.
Relax.
Forget your troubles.
Enjoy this
MOVIE of the WEEK

What could be
more appropriate than
FOUL PLAY?
Posted by FreeThinke at 12:00 PM 60 comments:

Crazy world
Full of crazy contradictions like a child
First you drive me wild
And then you win my heart
with your wicked art
One minute tender, gentle
Then temperamental as a summer storm
Just when I believe your heart's
getting warmer
You're cold and you’re cruel
And I, like a fool, try to cope
Try to hang on, to hope

Crazy world
Everyday the same old roller coaster ride
But I've got my pride
I won't give in
Even though I know I’ll never win
Oh, how I love this crazy world!

and now
The Instrumental Version
There now, don’t you feel better? 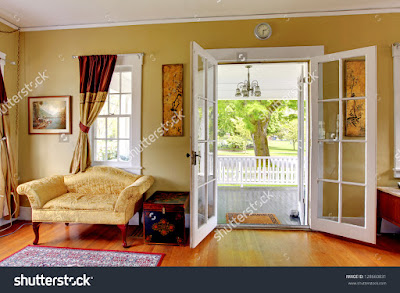 FEEL FREE TO DISCUSS ANYTHING YOU LIKE, EXCEPT ME, EACH OTHER, AND MEMBERS OF OTHER BLOGS

RUDE OR MORONIC REMARKS
WILL BE DELETED
Posted by FreeThinke at 12:00 AM 78 comments:

Give All to Love

Give all to love;
Obey thy heart;
Friends, kindred, days,
Estate, good-fame,
Plans, credit and the Muse,—
Nothing refuse.

’Tis a brave master;
Let it have scope:
Follow it utterly,
Hope beyond hope:
High and more high
It dives into noon,
With wing unspent,
Untold intent:
But it is a god,
Knows its own path
And the outlets of the sky.

It was never for the mean;
It requireth courage stout.
Souls above doubt,
Valor unbending,
It will reward,—
They shall return
More than they were,
And ever ascending.

Leave all for love;
Yet, hear me, yet,
One word more thy heart behoved,
One pulse more of firm endeavor,—
Keep thee today,
Tomorrow, forever,
Free as an Arab
Of thy beloved.

Cling with life to the maid;
But when the surprise,
First vague shadow of surmise
Flits across her bosom young,
Of a joy apart from thee,
Free be she, fancy-free;
Nor thou detain her vesture’s hem,
Nor the palest rose she flung
From her summer diadem.

Though thou loved her as thyself,
As a self of purer clay,
Though her parting dims the day,
Stealing grace from all alive;
Heartily know,
When half-gods go,
The gods arrive.

On the Light Side of Darkness 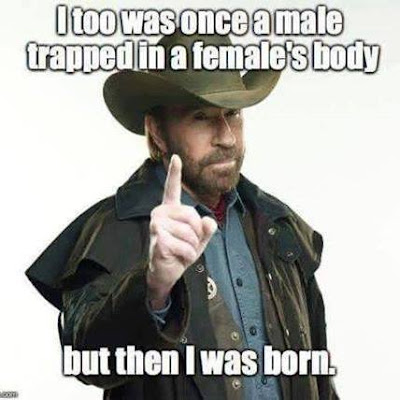 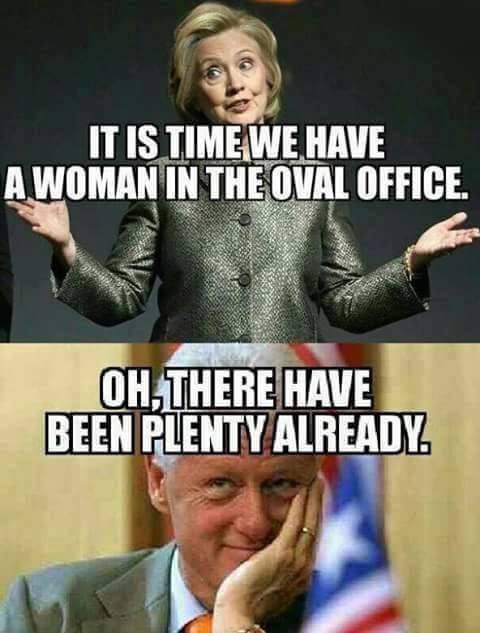 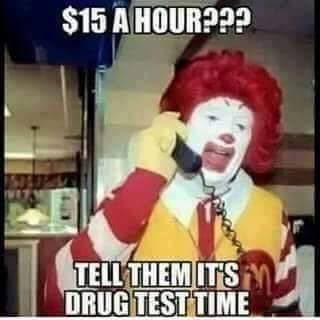 ”Those who refuse
to LISTEN have
NO RIGHT to SPEAK.” If you can keep your head when all about you
Are losing theirs and blaming it on you,
If you can trust yourself when all men doubt you,
But make allowance for their doubting too;
If you can wait and not be tired by waiting,
Or being lied about, don’t deal in lies,
Or being hated, don’t give way to hating,
And yet don’t look too good, nor talk too wise:

If you can dream—and not make dreams your master;
If you can think—and not make thoughts your aim;
If you can meet with Triumph and Disaster
And treat those two impostors just the same;
If you can bear to hear the truth you’ve spoken
Twisted by knaves to make a trap for fools,
Or watch the things you gave your life to, broken,
And stoop and build ’em up with worn-out tools:

If you can make one heap of all your winnings
And risk it on one turn of pitch-and-toss,
And lose, and start again at your beginnings
And never breathe a word about your loss;
If you can force your heart and nerve and sinew
To serve your turn long after they are gone,
And so hold on when there is nothing in you
Except the Will which says to them: ‘Hold on!’

If you can talk with crowds and keep your virtue,
Or walk with Kings—nor lose the common touch,
If neither foes nor loving friends can hurt you,
If all men count with you, but none too much;
If you can fill the unforgiving minute
With sixty seconds’ worth of distance run,
Yours is the Earth and everything that’s in it,
And—which is more—you’ll be a Man, my son! 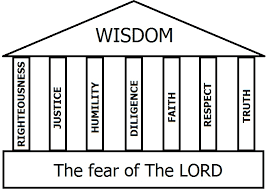 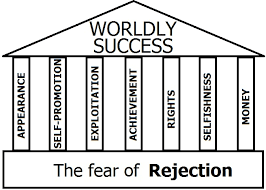 What are your thoughts concerning the possibilities there might be in this week's Republican National Convention? 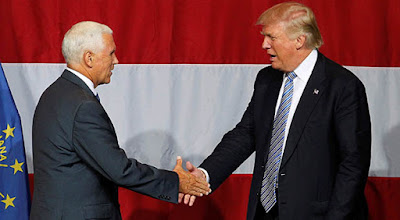 Are you more concerned about the much-touted threat of murderous attacks on the police, the promise by professional troublemakers such as Malik “Zulu” Shabazz of blocking highways, rioting in the streets, etc., or is the content and substance of the party Platform
uppermost in your mind? 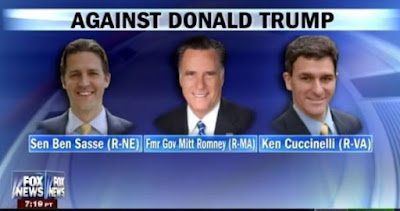 What do you think of the machinations of the stubborn Never Trump element in the GOP determined to thwart Donald Trump’s nomination on the convention floor? Have they any chance of prevailing, and if so,
who would be their nominee? 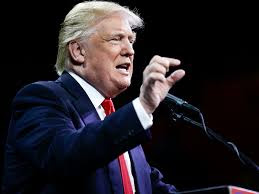 Please bear in mind as you respond, that WE categorically REJECT and DELETE off-topic comments, prepared set-speeches better known as BOILERPLATE, INSULTS, and all PERSONAL remarks.
Posted by FreeThinke at 9:00 AM 76 comments:

Every morning in Harrisburg, Pennsylvania
this wild deer faithfully comes to visit this cat. 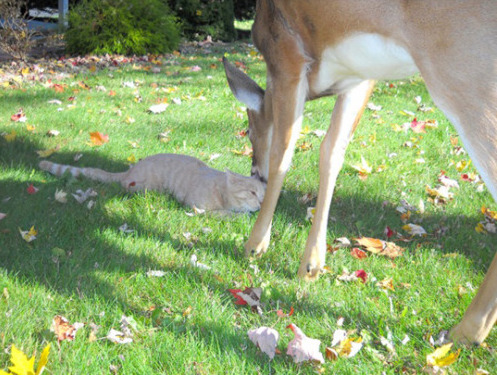 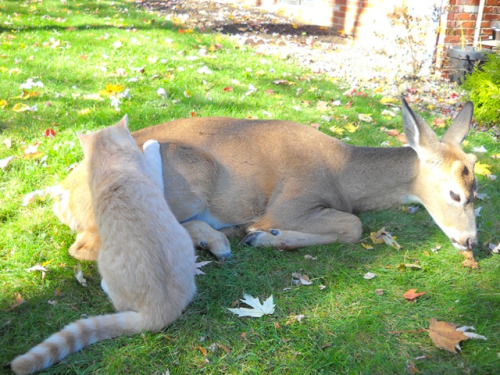 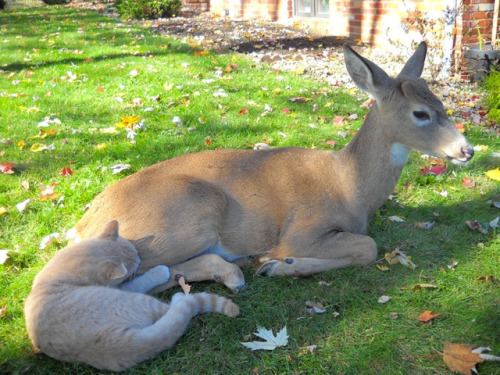 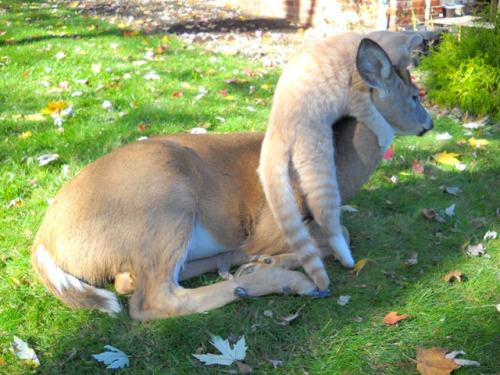 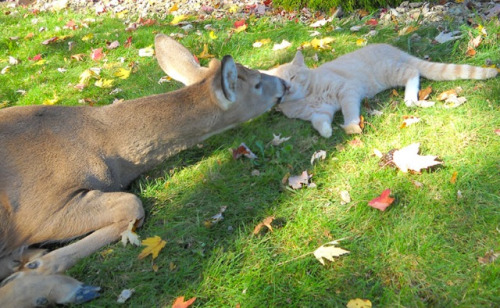 Could anything be sweeter or more encouraging?

HEAT STREET EXCLUSIVE – A French government committee has heard testimony, suppressed by the French government at the time and not published online until this week, that the killers in the Bataclan appear to have tortured their victims on the second floor of the club.

The chief police witness in Parliament testified that on the night of the attacks, an investigating officer, tears streaming down his face, rushed out of the Bataclan and vomited in front of him just after seeing the disfigured bodies.

According to this testimony, Wahhabist killers reportedly gouged out eyes, castrated victims, and shoved their testicles in their mouths. They may also have disemboweled some poor souls. Women were reportedly stabbed in the genitals – and the torture was, victims told police, filmed for Daesh or Islamic State propaganda. For that reason, medics did not release the bodies of torture victims to the families, investigators said.
But prosecutors at the hearing claimed these reports of torture were “a rumor” on the grounds that sharp knives were not found at the scene. They also claimed that maybe shrapnel had caused the injuries.

Q. For the information of the Commission of Inquiry….can you tell us how you learned that there had been acts of barbarism within the Bataclan: beheadings, evisceration, eyes gouged out …?

Investigator: After the assault, we were with colleagues at the passage Saint-Pierre Amelot when I saw weeping from one of our colleagues who came outside  to vomit. He told us what he had seen.

Q. Acts of torture happened on the second floor?
Further on the investigator described how this was kept from relatives:

Bodies have not been presented to families because there were beheaded people there, the murdered people, people who have been disemboweled. There are women who had their genitals stabbed.

Q. All this would have been videotaped for Daesh !

A. I believe so. Survivors have said so.

Elsewhere, the investigator says, women were sexually tortured, stabbed in the genitals, and their eyes were plucked out. People were decapitated.

The clerk of the inquiry (or “rapporteur”) pressed the chief of committee for clarity on whether victims were decapitated or mutilated. The committee chief replied that the authorities had given out conflicting information that said victims were merely shot or blown up. He then added this damning statement about one victim’s father discovering the gruesome truth in the morgue:

Mr. President Georges Fenech Indeed, the Committee is troubled by this information which has appeared nowhere [in the media]. Thus, the father of one of the victims sent me a copy of a letter he sent to the investigating judge, which I quote in summary: “On the causes of the death of my son A., at the forensic institute in Paris, I was told, and what a shock it was for me at that moment, they had cut off his testicles, had put them in his mouth, and he was disemboweled.

When I saw him behind glass, lying on a table, a white shroud covering it up to the neck, a psychologist was with me. He said: This is “the only presentable part, your son’s left profile.”

I found that he had no right eye. I made the remark; I was informed that they had punctured his eye and  sliced down the right side of his face, where there was a very large hematoma that we could all see. ”

This particular witness could corroborate the statements that we heard from one of the BAC officials, that one of his investigators vomited immediately on leaving the Bataclan after finding a decapitation and evisceration. Are you aware of such facts?

A prosecutor appearing before the inquiry replied lamely that no sharp knife had been found at the scene that could have been used for torture. Perhaps shrapnel had caused the mutilation, he said. The head of the committee asked if an explosion would have placed testicles in a victim’s mouth:

Prosecutor: I specify, for the sake of clarity: some of the bodies found at the Bataclan were extremely mutilated by the explosions and weapons, to the point that it was sometimes difficult to reconstruct the dismembered bodies. In other words, injuries described this father may also have been caused by automatic weapons, by explosions or projections of nails and bolts that have resulted.

Q. Would those have put a man’s balls
in his own mouth?

Prosecutor: I do not have that information.

[The news follows reports that German police sat on the huge number of sexual assaults committed by Islamist migrants in Cologne, which a secret report estimated at thousands, not hundreds. Heat Street will continue to report.]

‘Dozens killed’ after truck
runs into crowd in Nice

84 dead. 202 wounded, so far.
See breaking headline at top of site
for up to date information.

MORE from the BRITISH PRESS

Add this to our current turmoil.

Hummm. Wonder whose side he's on.

Bashar Al-Assad Says U.S. Is
´Not Serious´ About Defeating ISIS

Certainly when Obama has nearly
forgotten conflict is real.

Scandal Without End:
Is The Clinton Foundation
A Fraud?

Ask anyone about Haiti for openers.
You'll get the picture.

FBI made to sign away its integrity.
This cannot stand.