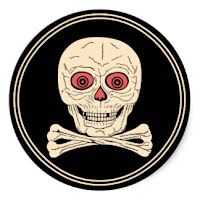 Driven by a drunk they sought escape
In their Mercedes. Paparazzi sped
After them –– a form of Public Rape
No one has outlawed. Then they wound up dead.
Dead! Because of Folklust for Cheap Thrills.
Dead! Because “The Folk” should get a life.
Ogling the Rich and Famous fills
Dreary lives with smut, intrigue and strife.
Idle minds find Idols to adore.
Devoutly do they worship these false gods.
Only soon they’ll look for reasons to deplore
Deities with whom Life seems at odds.
In death we canonize what once perplexed ––
Eager for the Victim who’ll come next. 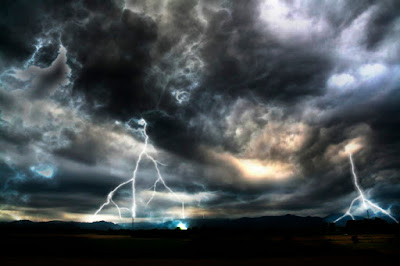 An Awful Tempest
Mashed the Air

An awful tempest mashed the air,
The clouds were gaunt and few;
A black, as of a spectre's cloak,
Hid heaven and earth from view.

The creatures chuckled on the roofs
And whistled in the air,
And shook their fists and gnashed their teeth,
And swung their frenzied hair.

The morning lit, the birds arose;
The monster's faded eyes
Turned slowly to his native coast,
And peace was Paradise! 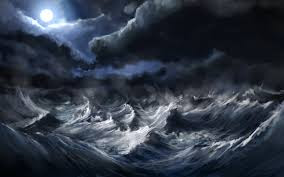 But in the wreckage left behind
The politicians raged.
Each blamed the Other Party
For being disengaged.

The President was vilified
The Cabinet was mocked
The Money Men from Silicon
Pretended to be shocked.

While on the ground the Good Brown Souls
Did everything they could
To bring the victims and their pets
To safety from the Flood. 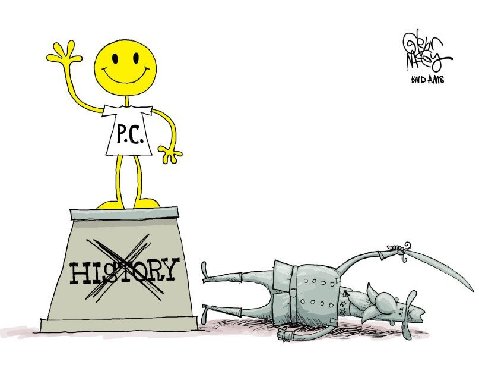 FreeThinke’s Blog
“Happily Cheesing Off the Left since 2012"
Posted by FreeThinke at 4:00 AM 30 comments:

WASHINGTON, Aug 25 (Reuters) - U.S. President Donald Trump on Friday granted a pardon to former Arizona lawman and political ally Joe Arpaio, the self-proclaimed "toughest sheriff in America," less than a month after he was convicted of criminal contempt in a case involving his department's racial profiling policy.

Trump had signaled this week that the first presidential pardon of his administration would go to Arpaio, 85, whom he has frequently praised for his hardline immigration stance. (Reporting by Julia Harte; Editing by Sandra Maler) 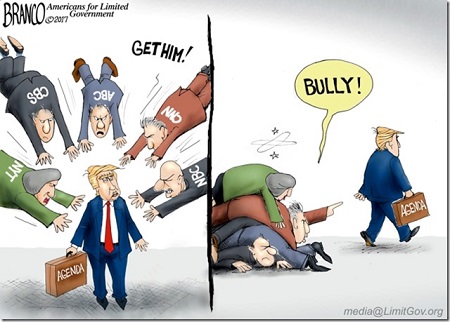 I do NOT SEE a NAZI

I smell a Commie PLOT, SEE?

FreeThinke’s Blog
“Happily Cheesing Off the Left since 2012" 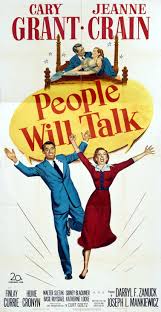 If you take two hours, open your mind, listen with curiosity, and follow your heart, this movie will teach you more about the nature of Love, the significance of Christ, the meaning of Life and how it should be lived than most of the dreary sermons, religious tracts, academic discussions of Theology, and turgid rancorous philsophical tomes put together.

IT WILL bE WELL WORTH YOUR TIME, I PROMISE.

WARNING:
Comments that show no sign of ever having watched the movie or awareness of its positive value will, of course, be summarily deleted on contact.
Posted by FreeThinke at 4:00 AM 16 comments:

Today is YOUR day to choose a topic
on which YOU would like to expand.

Our usual rules still apply. Please refrain from insulting each other, and denigrating other blogs. Above all please avoid pasting in BOILERPLATE.  We want to hear from YOU directly and not from some Central Supply Depot of ready-made, pre-digested opinion from a biased source. 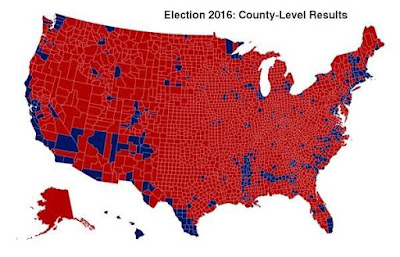 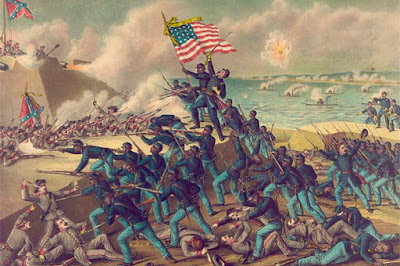 What is your definition of

Do you see any
CORRELATION
among these various terms? 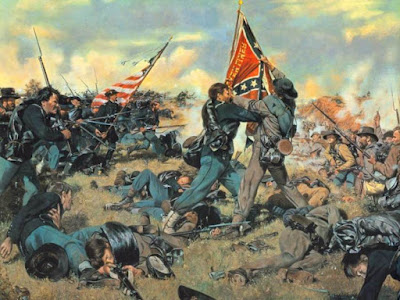 Don't favor talk with dignity
It’s Kim you must balk, not me!
Tell us no hope Reason prevails
Don’t be a dope, show me!

Here we are together in the middle of a war
Don't purse your lips, it’s such a bore.
Anyone who's threatened with attack
will tell you that
There is no time for a chat!

Doesn't your soul long for a win?
That is no sin, show them.
Don't talk of peace lasting through time
Utter instead this harsh vow:
Kill Kim NOW!

No more do we want to see or hear another word
There isn't ONE, we haven't heard.
While we’re here together
we should make a battle plan
Shut your damned mouth,
be a MAN.

~ Sorry, Alan Jay, but someone had to do it 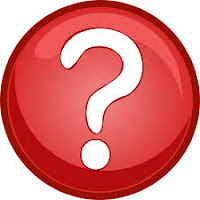 If it is ILLEGAL For Government Officials On Any Level To “LEAK” Classified Information, Why Should
It Not ALSO Be ILLEGAL
For Reporters To PRINT It? 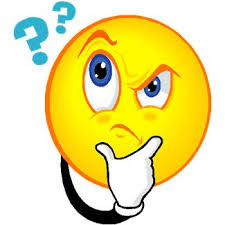 If you just say, "Because of the First Amendment," that will not qualify as a contribution. The point here is to think through the reasons for having the First Amendment, and to determine whether any limits should be placed on it in order to protect National Security or possbly to uphold prevailing Standards of Decency and Propriety. 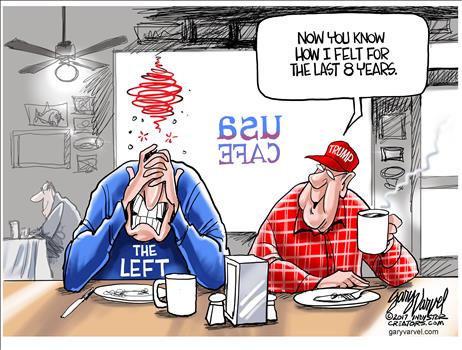 HOME NEWS INSIDE the BELTWAY

The numbers are clear: there’s a glow on Main Street
and a soaring stock market seven months
into the Trump administration.

President Trump faces nonstop criticism and a hostile news media which advances one narrative after another, building their case against him largely with anonymous sources, suggestive headlines and clever speculation. But he carries on. The result? Among other things, the economy has improved, there’s a glow on Main Street and the stock market continues to soar to record heights despite rumor mongering and unproven innuendo from the “resistance.”

Numbers, however, tend to speak louder to Americans than innuendo. The U.S. Department of Labor’s July 2017 report, for example, found that 209,000 new jobs were created during the month, besting expectations by a robust 26,000 jobs.

“More people are getting back to work and finding jobs, and more people are employed now than at any time over the past six years,” says Jesse Hathaway, a research fellow for budget and tax policy at the Heartland Institute, a Chicago-based nonprofit and free-market think tank.

“If the economic recovery from years of malaise is to continue, Congress needs to buckle down and work with President Trump to enact the bold tax reforms Washington, D.C. promised the American people in 2016. Lawmakers need to put aside the day-to-day distractions and bickering, and work together for the common good,” says Mr. Hathaway.

“These new employment numbers show that Trump’s economic program is already working for all Americans, and especially his blue-collar base. Too bad that is not understood by The Washington Post, The New York Times, CNN, and the Democrats — who the voters can get out of the way next year, turning Senate Minority Leader Chuck Schumer into the Senate’s Very Minority Leader,” quips Peter Ferrara, a senior research fellow at the organization.

“The American people are working hard, and it’s time for our elected officials in Washington, D.C. to do the same,” advises Russ McCullough, an associated professor of economics at Ottawa University. “The new jobs report and bullish stock market are clear signs that both big and small business have been over regulated and overtaxed for too long. Regardless of negative perceptions of President Trump’s tweets, positive profit expectations trump all other concerns.”

A new Media Research Center analysis already reveals that major broadcasters have literally censored the good news about the stock market, dwelling instead on the Russia collusion matter and rumors of discord at the White House. But not every news organization is stuck in Trump-bashing mode.

Economic developments can’t be ignored forever, and they are beginning to emerge. A small sampling of headlines from the past week reveal much:

Wait, there’s more. A new Rasmussen Reports survey reveals that 63 percent of Americans believe it’s possible for anyone who really wants to work to find a job in this country.

That’s up from the previous high of 61 percent in October 2014 and is the highest level of optimism in more than eight years. Only a quarter disagreed with the idea that jobs could be had for those who want them, the poll found.

Cranky, critical, tiresome, snippy? No, try whiny. That is Howard Dean’s preferred adjective for a certain segment of the Democratic Party.

“There has always been a section of the left, which I call the whiny party, the party that doesn’t really want to win. They just want to be pure — and if they go down swinging purely, then that’s fine,” the former Democratic National Committee chairman told MSNBC on Sunday.

“The problem with that is it leaves behind the people who really need their help,” Mr. Dean continued, with some critical appraisal of those who exhibit the whiny factor.

“We all have to pull together. And people who sit out — or crank on some candidate because they did this or that, or weren’t up to the purity test — are basically turning their backs on the very people they pretend to represent. So I don’t have a lot of patience with this wing of the progressive party."

SCREEN TEST: CLEAN IT UP

A lot of Americans are tired of hearing the f-bomb and other oaths uttered in feature films. The producers of such fare, in fact, risk losing audiences over it. So says a new Harris Poll, which has caught the attention of the industry itself.

“Using ‘Jesus Christ‘ to swear is the biggest offense, with 33 percent of the general public saying they’d be less likely to see a movie if they knew beforehand of that particular piece of dialogue. ‘Goddam’ was second at 32 percent and ‘f–’ was third with 31 percent,” writes Hollywood Reporter correspondent Paul Bond.

“Republicans are turned off by swearing more so than Democrats, and it’s not even close. ‘F–,’ for example, will repel 45 percent of Republican moviegoers and only 25 percent of Democrats,” he notes. “The survey found that evangelical Christians have the biggest problem with swearing, with 90 percent saying they might avoid a film using ‘Jesus Christ’ to swear.”

26 percent overall have a favorable opinion of Sen. Lisa Murkowski, Alaska Republican; 13 percent of Republicans, 23 percent of independents and 41 percent of Democrats agree.

24 percent of Americans have a favorable opinion of Sen. Lindsey Graham, South Carolina Republican; 26 percent of Republicans, 19 percent of independents and 20 percent of Democrats agree.