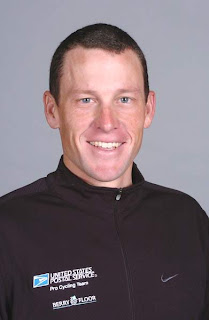 The Post Office is suing Lance Armstrong to get back the many millions of dollars he earned promoting the U.S. Post office at their request. There's nothing like kicking a man when he's down, is there?

I don't believe the Post Office has any business suing Lance Armstrong, because they sponsored him to get PUBLICITY, and while Lance was riding high (literally! ;-), they got exactly what they paid for.

I, personally, believe that Lance was singled out for persecution because:

1. He is an exceptionally good-looking blond, blue-eyed WHITE American male –– an iconic figure

2. He beat the French at their own game repeatedly

3. He was heroic in his successful effort at beating cancer, when it looked as though advanced stage cancer was about to claim his life, and then had the unmitigated gall to use his fame to try to hearten and give hope to other victims of the disease. That really stank out loud, didn't it? Boy oh Boy! What a cheap, self-aggrandizing trick that was! PHEW!

Lance didn't do anything that the other serious contenders for the championship were not doing, themselves, ergo it was wrong to single him out for persecution WITHOUT HOLDING ALL THE OTHERS WHO DID THE SAME THING EQUALLY CULPABLE and EQUALLY RESPONSIBLE.

I am morally certain that if Lance had been an AFRICAN-American, a JEWISH-American, an HISPANIC-American, an ASIAN-American, a NATIVE-American, or a Frenchman, a Moroccan or a Tunisian, etc. little or nothing would have been said or done about the matter.

Remember the jokey old complaints about being arrested for "Driving While BLACK?"

Well, today that old worm has been artfully, craftily turned.

It is now considered not only unfashionable and undesirable to be WHITE, it is also considered reprehensible ––- especially if the Caucasian in question is Aryan –– blond, blue-eyed, handsome, clean cut, of regal bearing, and has distinguished himself on the world's stage.

The shame attendant on being Caucasian is doubled and redoubled in spades if the Caucasian in question should happen to be (GASP!) an AMERICAN.

"Someone" always has to get the dirty end of the stick, don't they? It's just WHITE AMERICA’S turn now.

The world, now sadly dominated by the faux-egalitarian precepts of Marxism demands we do penance for having been who we were. The process if self-destruction involves rewriting history to cast our country in the role of Bad Guy, discrediting our Founding Fathers, then getting the dirt on our champions and highest achievers in order to topple them from their pedestals and gleefully watch them get trampled under the mud-caked boots of the proletariat led by latest incarnation of the Pharisees.