The NITTY GRITTY on
ILLEGAL IMMIGRATION

When we strip away all the rationalization, the hypocritical moralizing and simplistic embrace of The Law by all involved, this is what we find:

The Democrats want to legitimatize illegal immigration in order to buy votes to secure a permanent incumbency for themselves and a perpetuation of their power base with its cushy overpaid, make-work jobs that rob average, taxpaying Americans of an ever-increasing proportion of their net worth.

On the other hand the property-owning, employer class is more than happy to have a large number of good-hearted, naturally cooperative people willing –– even grateful –– to work at demanding, low-level jobs for low wages –– NOT out of "Greed," but out of a crying need to restore honest COMPETITION to the work force, which has been spoiled to death, driven out of business, and effectively marginalized by unionization and over-regulation generated by the relentless LEFTIST insurgency.

Your Prayers are Needed

Our Beloved Friend and Favorite Antagonist is Gravely Ill and Fighting for His Life in a Battle with
Metastatic Cancer.

We ask those of you who pray please to pray for his recovery, and the well-being of his wife and family.

We ask those who do not believe in the power of prayer please to take a few moments each day
to send your kindest thoughts
and fondest hopes his way.

Right Now the Guy Needs All the Help He Can Get. The Least We Could Do Would Be to Consider Him and Hope for His Return to Good Health in Our Thoughts and Prayers.


FreeThinke
Posted by FreeThinke at 4:00 AM 30 comments: 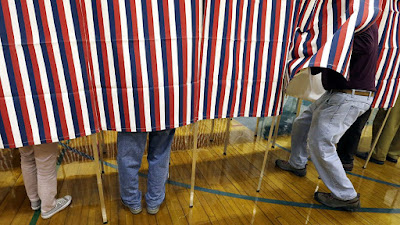 Did Votes by Non-citizens Cost Trump the 2016 Popular Vote? Sure Looks That Way

Then-President-elect Donald Trump got jeered for tweeting "In addition to winning the Electoral College in a landslide, I won the popular vote if you deduct the millions of people who voted illegally." But more data are coming to light that lend credence to his claim. (AP)

Election 2016: Late in 2016, we created a stir by suggesting that Donald Trump was likely right when he claimed that millions of noncitizens had illegally voted in the U.S. election. Now, a study by a New Jersey think tank provides new evidence that that's what happened.

Last November, just weeks after his Electoral College win that gave him the presidency, then President-elect Donald Trump tweeted, "In addition to winning the Electoral College in a landslide, I won the popular vote if you deduct the millions of people who voted illegally."

The reaction was angry and swift, with the left accusing him of being an "internet troll" and of hatching a "Twitter-born conspiracy theory."

At the time, we noted that a group called True The Vote, an online anti-voter-fraud website, had claimed that illegals had cast three million votes last year. The media and left-wing groups immediately portrayed True The Vote as a fringe group with little credibility.

The only problem is, a study in 2014 in the online Electoral Studies Journal made a quite similar claim: In the 2008 and 2010 elections, they said, as many as 2.8 million illegal noncitizen votes were cast, "enough to change meaningful election outcomes including Electoral College votes and congressional elections," said the study, authored by Jesse T. Richman and Gushan A. Chattha, both of Old Dominion University, and David C. Earnest of George Mason University.

The bombshell was this: "Noncitizen votes likely gave Senate Democrats the pivotal 60th vote needed to overcome filibusters in order to pass health care reform and other Obama administration priorities in the 111th Congress."

It got little coverage in the mainstream media, and what coverage it did get was almost entirely dismissive.

Now comes a new study by Just Facts, a libertarian/conservative think tank, that used data from a large Harvard/You.Gov study that every two years samples tens of thousands of voters, including some who admit they are noncitizens and thus can't vote legally.

In 2016, the U.S. Census Bureau estimates that there were 21.0 million adult noncitizens in the U.S., up from 19.4 million in 2008. It is therefore highly likely that millions of noncitizens cast votes in 2016.

And it was no accident. Democrats had extensive get-out-the-vote campaigns in areas heavily populated by illegal aliens. As far back as 2008, Obama made sure that those who wanted to vote knew it was safe, announcing that election records would not be cross-checked with immigration databases.

And last year, the Obama White House supported a court injunction that kept Kansas, Alabama and Georgia from requiring proof of citizenship to register to vote. The message was sent, loud and clear: If you're a noncitizen or here illegally, don't be afraid. You're free to vote. No one will stop you.

Even Democrats should find this troubling; every vote cast by a noncitizen voter negates the vote of a citizen voter. It's that simple. It's time the Democratic Party started living up to its name and stop encouraging noncitizens and illegal aliens to vote in our election.

Trump Is Right — Millions Of Illegals Probably Did Vote In 2016

Democrats Want Illegals To Vote Because They Vote Democrat

Giving Illegals The Vote: How To Wreck A Country 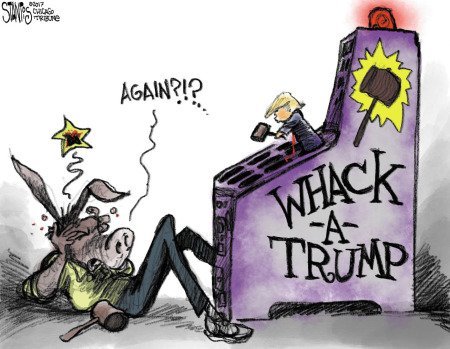 Please read this. It may enhance your life or the life of someone you know and love. The more you read, the more you may want to know.

It’s only a frozen lemon

Many  professional chefs are  using or consuming the entire lemon –– rind, seeds and all –– so nothing wasted. How could you do this for yourself?

It’s not hard. Simply place a washed lemon in your freezer Once the lemon is frozen solid, you my grate shred it.  There’s no no need to peel it. Then you may sprinkle the grated lemon on your foods.

This works well on vegetables salads, soups, cereals, pasta, spaghetti sauce, rice, fish, ice cream, sherbet, — even WHISKEY, if you can imagine that!

All foods will unexpectedly develop a wonderful taste, something that you may have never experienced before.

Now  that you've learned this culinary secre  you can even use lemon on packets of instant
Raman noodles.

is lemon peels’ capacity to contain as much as
5-to-10 times more vitamins
than lemon juice, itself.

By following this simple procedure of freezing the entire lemon, then grating it over your dishes, you get greater health benefits along with better tasting food.

Lemon peel is useful too in helping to eradicate
toxic elements from the body.

So  place your washed lemon in your freezer, then grate it over your meals every day. It may help you to feel better and live live longer! Citrus) fruits, especially lemons are said to aid in killing cancer cells. Whether this is true or not, it still coldn’t hurt to try it.

Why are these possible health benefits
not generally known?

Probably because the large manufacturers of drugs are more interested in promoting synthetic, often toxic products designed more to profit drug manufacturers than to help those suffering with dread disease.

Citrus fruit is credited with many virtues, but the most interesting is the reported effect whole lemons have on cysts and tumors.

Citrus fruit is a proven aid in fighting cancers of all types. It is also considered an anti microbial agent against bacterial and fungal infections internal parasites and worms. It is said too to help regulate high blood pressure, and is even considered effective in combatting the depressing effects of stress and
various nervous disorders.

Why not try freezing, then eating whole grated lemons? You have nothing to lose, and possibly
a great deal to gain. 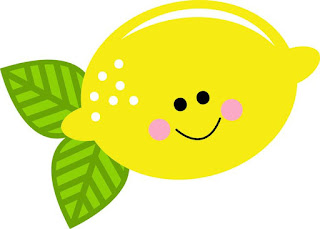 “THERE ARE NO STRANGERS — ONLY FRIENDS WE HAVEN'T MET.” 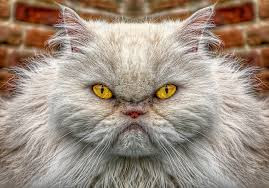 Don't Be A Sourpass.
Enjoy Some Grated frozen Lemon Instead.
You'll Be Glad You Did. 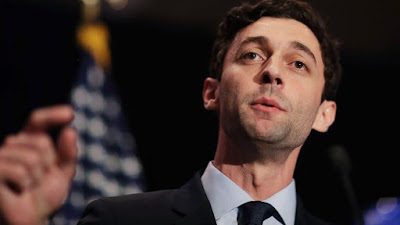 Upstart Ossoff is Off to Nowhere 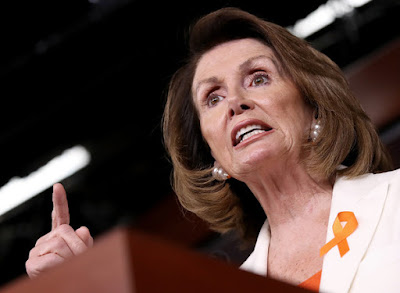 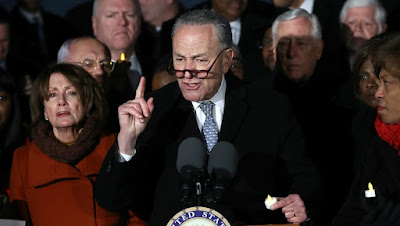 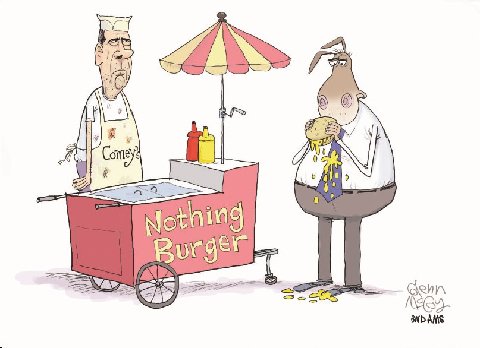 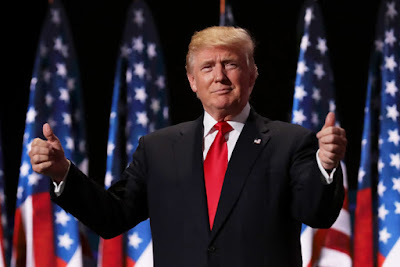 The ONLY problem with President Trump, as I see it, is that EVERYONE –– the DemocRats, the Enemedia, the RINO Establishment, the Internationalists, the Educrats, et al.  –– have marshaled their forces and formed a de facto COALITION determined to DESTROY President Trump.

THOUGHT for the DAY:

It’s painfully obvious –– to me –– that THE SOLE PURPOSE of all this horse puckey  about “Russian Hacking” and “Obstruction of Justice” –– the early political ASSASSINATION of Mike Flynn, –– the constant barrage of THREATS and ACCUSATIONS against Trump appointees, –– the senile Commie Bastard Damn Blather’s PUBLIC ADMISSION that the enemedia has engaged in what-Blather-called “The Hunting of the President” (!!!) is proof enough –– to me –– that

not only is Mr. Trump not PART of the Washington-Internationalist Cartel he represents a direct THREAT to its very existence.

And by the way there could have been NO personal ADVANTAGE for a man in Mr. Trump’s position to seek the presidency.  It’s a big step DOWN from the life he was leading before he announced his intention to run.

They Washington Cartel  did not “LET” Mr. Trump win ANYTHING.  He simply beat the dirty bastards at their own game by outworking, outsmarting and outmaneuvering everyone who is anyone in the national political establishment.

We note with PROFOUND SADNESS –– and UNBRIDLED RAGE –– the tragic death yesterday of 22-year-old OTTO WARMBIER who was TORTURED and MURDERED at the hands of North Korea's brutal dictator KIM JONG UN.

May His Death Quickly Be Avenged.
Posted by FreeThinke at 4:00 AM 25 comments:

Speaks quite eloquently for itself, doesn't it? 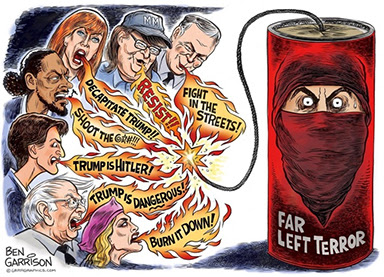 As My Dear Old Momma Used to Say,
"EMPTY BARRELS
MAKE the MOST NOISE." 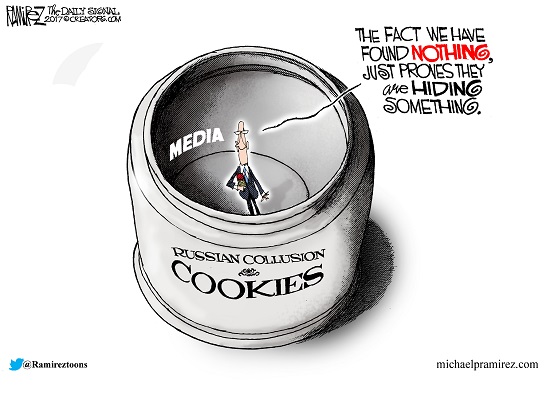 BOY, DO THEY EVER!
Tinkling Brass and Sounding Cymbals
every last one of them!
PHOOEY!

WHY MUST WE PAY ATTENTION to THEM?
They are like the chaff which
the wind driveth away.
Posted by FreeThinke at 10:00 AM 22 comments:

Write on the blackboard
fifty times 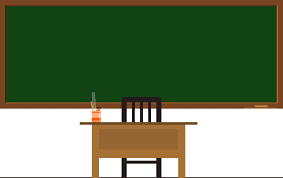 Congressman and GOP Whip Steve Scalise has been SHOT at a baseball practice in
Alexandria, Virginia

Texas Rep.Williams' staffer SHOT,
the congressmanwas not
The GUNMAN is said to be seriously wounded. Some reports say he is DEAD. [We certainly hope so!] 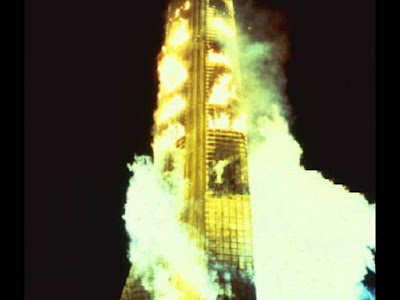 http://www.dailymail.co.uk/news/article-4603658/London-Firefighter-reveals-hell-faced-inside-Grenwell.html
Posted by FreeThinke at 4:00 AM 42 comments: 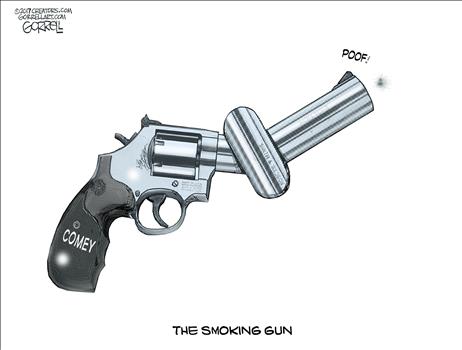 The damaging case against James Comey

Theodore Dalrymple lets Theresa May have it.

There's more where this came from.

This Sign Describing Mud-Ham-Head Sparked Outrage in Indiana. Can You Imagine Why? 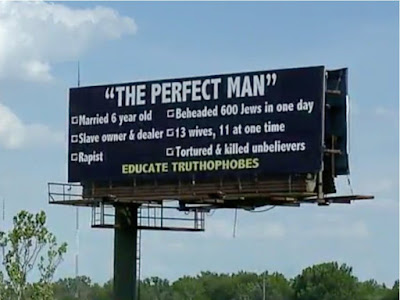 Meanwhile, on the Obsessive-Compulsive Disorder of Dimwitted. Disaffected D'Rats and the Enemedia the Great American Public Eloquently Responds: