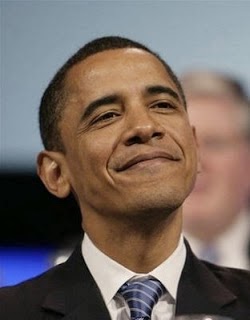 INTERNECINE WARFARE
HAS BEGUN among the RANKS
of the VICTORS

One of the regulars from Repulsive Excretions accused Republicans of "destroying" Obama at Who's Your Daddy? a day or two ago.
THIS RESPONSE SEEMED WORTH FEATURING
If this president has been destroyed, –– a big if considering the powerful array of largely unknown, unseen nefarious internationalist forces who effectively put him in office –– he destroyed himself simply by being who he is –– an avowed crypto-Marxist born and bred, determined to bring about a fundamental change in the nature and character of our nation, its culture, and its prescribed method of governance by boldly assuming the role of a quasi-monarchical dictator.
OBAMA HAS SAID IN EFFECT:
1. "I will mentally thumb my nose at the Constitution."
2. "I will ignore and circumvent congress, and thwart them with my phone and my pen whenever congress fails to accommodate my wishes and accede to my demands. And Harry Reid shall protect my agenda by refusing to permit a vote on any legislation passed by the House that might get approved by the Senate if said legislation appears contrary to my express wishes and demands. The beauty of this simple measure lies in the ease with which we will be able to blame "those willful, woefully ignorant Tea Party Republicans" for stymying the business of government by producing permanent GRIDLOCK just to make ME, America's First Black President, look bad."
3. "I am determined to ignore and show profound disrespect to The Will of the People, because I know far better than they what is good for them, and what they truly need."
4. "I will break any law, ignore every known code of ethics, indulge constantly in shameless self-serving mendacity, while ordering the nation to bow to my will on every issue. Because I am considered an African-American, no one will DARE speak out against me for fear of being called a RACIST."
5. "I will do whatever I like, and NO ONE can STOP ME, because I and my family belong to a PROTECTED SPECIES. I have learned invaluable lessons in the arts of Self-Protection, Self-Promotion and methods of gaining ascendancy from Jewish Intellectuals, as well as Jewish News and Entertainment moguls who have acted both consciously -- and unwittingly -- as my mentors and the guiding genius behind my success."
As we've been told for countless centuries:
"PRIDE (hubris) GOETH BEFORE A FALL."
There's no joy in Casablanca.
Mighty Barry has struck out.
We feel no urge to start dancing in the streets, however, because the awesome task of clearing away the rubble and rebuilding all this bastard president and his cohorts have damaged and destroyed lies before us –– a humbling, frankly terrifying prospect. We will need every patriot’s most earnest prayers, and the approval of Almighty God, who has this day handed us this great victory and awesome responsibility to make good use of the advantages we now have.
Let us pray for WISDOM –– and for the COURAGE to DO what we know to be RIGHT regardless of what it might cost us personally or politically.
We must gird up our loins and earnestly pray that we are up to the Herculean task that lies before us.

The Wave Election of 2014 gave congress a MANDATE to REPEAL OBAMACARE, and UNDO as much of the damage this Marxian Mountebank with Muslim sympathies has done as they possibly can. The election did not occur to charm, please, compromise or try to make peace with the Democrats

We are engaged in a CIVIL WAR, and WE, the Conservative-Liberatarians, MUST WIN IT at ALL COSTS.