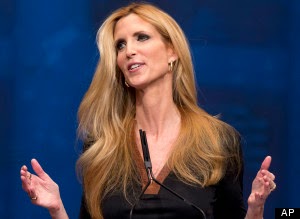 Part V of a New Series

'“Even with a Democratic president behind the Civil Rights Act of 1964, a far larger percentage of Republicans than Democrats voted for it. Eminent Democratic luminaries voted against it, including Senators Ernest Hollings, Richard Russell, Sam Ervin, Albert Gore Sr., J. William Fulbright (Bill Clinton’s mentor) and of course, Robert Byrd. Overall, 82 percent of Senate Republicans supported the Civil Rights Act of 1964, compared to only 66 percent of Democrats. In the House, 80 percent of Republicans voted for it, while only 63 percent of Democrats did.'

'Crediting Democrats for finally coming on board with Republicans civil rights policies by supporting the 1964 act would be nearly as absurd as giving the Democrats all the glory for President Reagan’s 1981 tax cuts –– which passed with the support of 99 percent of Republicans but only 29 percent of Democrats.”'

'The New York Times editorial page is like a Ouija board that has only three answers, no matter what the question. The answers are: higher taxes, more restrictions on political speech and stricter gun control.'