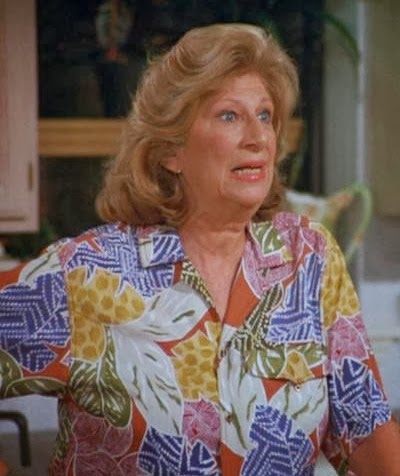 I don't advertise it, because I don't like identity politics, but I happen to be Jewish. I also happen to be a conservative, and I don't take offense at all to a person who lists facts that clearly indicate a disproportionate number of my people were very prominent formulating and activating leftist agendas in Russia, England, Europe and the United States. Facts are facts. To try to deny them is not only dishonest, it's childish.

Like that famous saying about Muslims “All Muslims are not terrorists, but all terrorists are Muslims.” Well, all Jews are not Communists, but most of the Communists who highjacked this country and pushed and dynamited it off the rails were in fact Jews.

A good project for you meshuggeneh leftists who make such a loud show of affection for our country's worst enemies would be for you make a comprehensive list of the early leftists from the late-19th and early-20th centuries who were NOT Jewish.

Abraham Lincoln, Harriet Beecher Stowe, Frederick Douglass, Susan. B. Anthony, Elizabeth Cady Stanton, Mother Jones, Ida Tarbell, Upton Sinclair, Sinclair Lewis, Theodore Dreiser, Roger Baldwin, Woodrow Wilson, and Eugene Debs are not enough. Dig deeper. And before you say “Roosevelt,” you ought to know that the members of that notorious family who bore the name were in fact descendants of ethnic Jews who emigrated from Holland during the time of Peter Stuyvesant, when New York was still a Dutch colony. Roosevelt is the Dutch version of Rosenfeld.

'Christopher Jones "performed an easy Google search of "Franklin Roosevelt"+"Jewish ancestry." His efforts turned up a total of 671 hits. There are obviously some people in the world who think that the Roosevelts were of Dutch Jewish ancestry. Not that I particularly care -- I wish to make that perfectly clear –– but to start firing "anti-Semitic" when we are talking about common knowledge appears over-wrought to say the least. In any case it is very clear that FDR surrounded himself with socialistic Jews even when he was Governor of New York, and many were appointed to top jobs in the Roosevelt administration:'
http://wais.stanford.edu/Individuals/wasfranklinroosevelt.htm

1. Bernard M. Baruch –– a financier and adviser to FDR

7. Henry Morgenthau Jr. –– Secretary of the Treasury, "unofficial" presidential adviser. Father of the Morgenthau Plan to re-structure Germany/Europe after WWII. ]

12. Anna Rosenberg –– longtime labor adviser to FDR, and manpower advisor with the Manpower Consulting Committee of the Army and Navy Munitions Board and the War Manpower Commission.

32. Nathan Gregory Silvermaster –– Agriculture Department official and head of the Near East Division of the Board of Economic Warfare; helped create the United Nations.

33. Harold Glasser –– Treasury Department director of the division of monetary research. Treasury spokesman on the affairs of United Nations Relief and Rehabilitation Administration.

38. Rose Schneiderman –– labor organizer; on the advisory board of the National Recovery Administration.

40. Gerard Swope –– key player in the creation of the N.R.A. [National Recovery Administration]

"When any religio-racial group comes as close as American Jewry has to dominating the financial, cultural and political life of a nation while representing only a [tiny] fraction of its population, it should give cause for concern. The men and women listed above participated in a government that virtually kowtowed to Marxian precepts and the government of Josef Stalin. Why?"

"I have pointed out in the past the fact of Israeli dual citizenship and the influence of prominent Zionists in big media. The almost mindlessly supportive US policies of both Democratic and Republican administrations towards Israel against the obvious interests of the the majority of American citizens are leading the US closer and closer towards disaster. I would like emphasize that, while I admire many Jews from Maimonides to Judah Benjamin and Disraeli, I cannot turn a blind eye to the 'special moral standard' firmly set in place at the end of World War Two.

The longer people refuse to recognize the undesirability of domination by a small, highly-aggressive, extraordinarily-vocal ethnic-religious minority, who have managed by dint of prior victimhood to achieve immunity from question or criticism, the less hope we have of ever being governed honestly. Without awareness of the hugely disproportionate influence of this most remarkable minority, we are simply pawns in what it essentially their game.

People closely associated with the Institute or its theorists include:

Is it even faintly possible that it's nothing more than mere coincidence that every single member of The Frankfurt School plus Karl Marx, Friederich Engels, a large percentage of the Bolsheviki who planned and executed the barbarous atrocity known as The Russian Revolution, and a huge preponderance of the early leftists who made much mischief and wound up giving us the curse of socialism in our government all happened to be ethnic Jews?