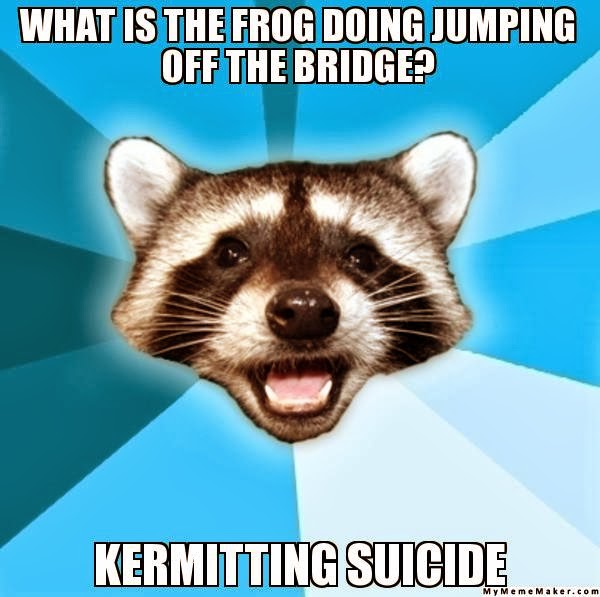 · I tried to catch some fog. I mist.
· When chemists die, they barium.
· Jokes about German sausage are the wurst.
· A soldier who survived mustard gas and pepper spray is now a seasoned veteran.
· I know a guy who's addicted to brake fluid. He says he can stop any time.
· How does Moses make his tea? Hebrews it.
· I stayed up all night to see where the sun went. Then it dawned on me.
· This girl said she recognized me from the vegetarian club, but I'd never met herbivore.
· I'm reading a book about anti-gravity. I can't put it down.
· I did a theatrical performance about puns. It was a play on words .
· They told me I had type A blood, but it was a type-O.
· This dyslexic man walks into a bra .
· PMS jokes aren't funny, period. 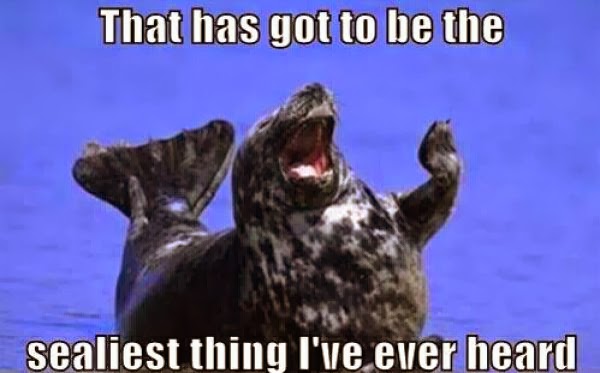 I didn't like my beard at first. Then it grew on me.
· A cross-eyed teacher lost her job because she couldn't control her pupils?
· When you get a bladder infection, urine trouble.
· What does a clock do when it's hungry? It goes back four seconds..
· I wondered why the baseball was getting bigger. Then it hit me!
· Broken pencils are pointless.
· What do you call a dinosaur with an extensive vocabulary? A thesaurus.
· England has no kidney bank, but it does have a Liverpool .
· I used to be a banker, but then I lost interest.
· I dropped out of communism class because of lousy Marx.
· All the toilets in London police stations have been stolen.    Police say they have nothing to go on.
· I took the job at a bakery because I kneaded dough.
· Velcro - what a rip off!
· Cartoonist found dead in home. Details are sketchy 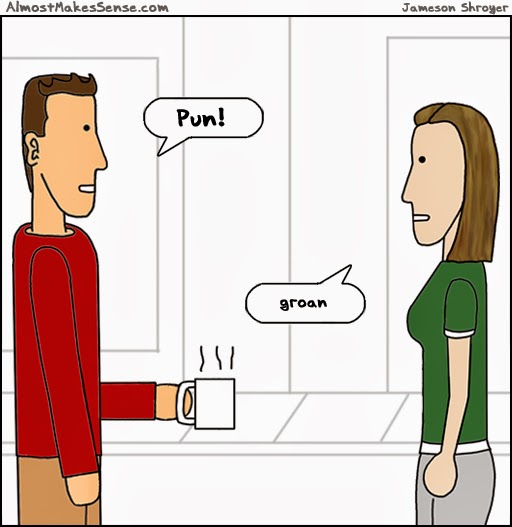 Posted by FreeThinke at 1:03 AM