A Robbery of a Different Kind 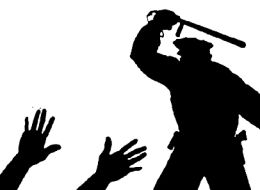 
by Eric Peters
“Exhibit A: In Aurora, Colorado, police searching for suspected bank robbers locked down an entire intersection, dragooned 40 random motorists out of their cars at gunpoint, handcuffed them and “asked” for permission to search their vehicles.
“Naturally, no one refused permission.
“The action itself is startling: 40 people, guilty of nothing more than proximity, of being in the same general area where a suspected criminal might also be, are literally pulled from their vehicles, shackled and detained for more than two hours – even after it was obvious they were guilty of no crime at all.
“Even more startling, however, than these over-the-top tactics is the fact that (apparently) every one of these 40 innocent people complied without a peep of protest ...
“None put up a fuss when the cuffs came out.
“One woman interviewed by ABC News clucked happily: ‘Yeah, we all got cuffed (laugh) until they figured out who did what.’
“No doubt this woman will not object when a gang of armed men kicks in her door, invades her home and holds her family at gunpoint until they figure out who did what. After all, there are criminals about. They could be anywhere. Which means, anything is justified.
“In the words of one ABC News blogger, ‘Sounds like the police did their job – and did it exceptionally well!’ ...
“The Accosted apparently agree. So far, according to news reports, none of the 40 has so much as filed a complaint.”
http://ericpetersautos.com/2012/06/08/a-robbery-of-a-different-kind/
COMMENT
The compliance of the masses is the result of a century of indoctrination by government-run schools. Both the police and the people behaved exactly the way people are conditioned to respond to authority in the government schools.
Through an insidious process of which few have been aware we have allowed ourselves to evolve into an Authoritarian State.
If any one of us misbehaves, all of us will be punished. The rules are certain to become increasingly restrictive each time an individual gets out of line.
"Officer, am I being charged with a crime?"
"Shut up, asshole, and get in the cruiser." 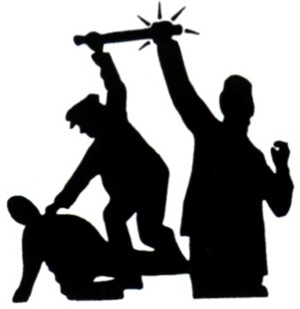 The degree to which most of us are complaisant in the outrageous carryings on in Washington, DC would seem to bear this out. We have, indeed, become a nation of sheep.
Contrary to Scripture could it be time for us to go astray, and each one of us to follow his own way?
Liberty may become little more than a forgotten myth if we do not.
"Of all tyrannies a tyranny sincerely exercised for the good of its victim may be the most oppressive. It may be better to live under robber barons than under omnipotent moral busybodies. The robber baron’s cruelty may sometimes sleep, his cupidity may at some point be satiated, but those who torment us for our own good will torment us without end for they do so with the approval of their own conscience."
~ C.S. Lewis
"When you break the big laws, you do not get freedom; you do not even get anarchy. You get the small laws."
~ G.K. Chesterton - in the London Daily News, 7/29/1905
I believe the incident described in Peters’ article should give us cause for considerable alarm. 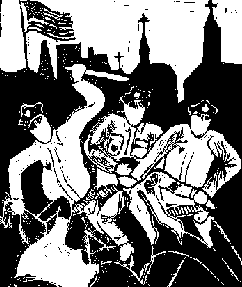 Do you agree or disagree?
~ FreeThinke
Posted by FreeThinke at 6:12 AM