A heavily edited, partially truncated, nearly rewritten, but highly provocative article from AMERICAN THINKER
[NOTE: The following was so poorly written in my never humble opinion, I felt duty bound to enhance its meaning and improve its character before sharing it here. If that seems arrogant or presumptuous, please forgive me.  One of the purposes of this blog is to preserve, protect and defend the use of English, as I knew and loved it, before we were subjected to the systematic process of “ignorantization” and “idiotification” popularly –– and regrettably –– known as “dumbing down.” ~ FreeThinke] 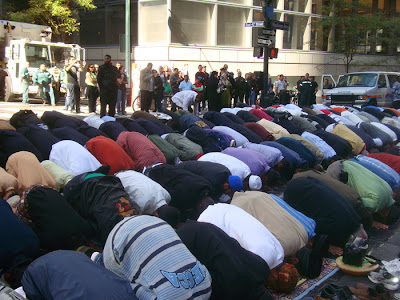 Obama was raised by communists, he [associated] with communists in school, he [continued these associations after he finished school], he talks ... like a communist, [but] all we [dare] say, [however], is that he promotes envy and class warfare. That's like saying that Charles Manson [is unattractive].
Oh, [we are told], he takes money from Wall Street.  Warren Buffett likes him.  [Yes], and Engels was an industrialist.  ...  The New York Times liked Castro.  What else is new? 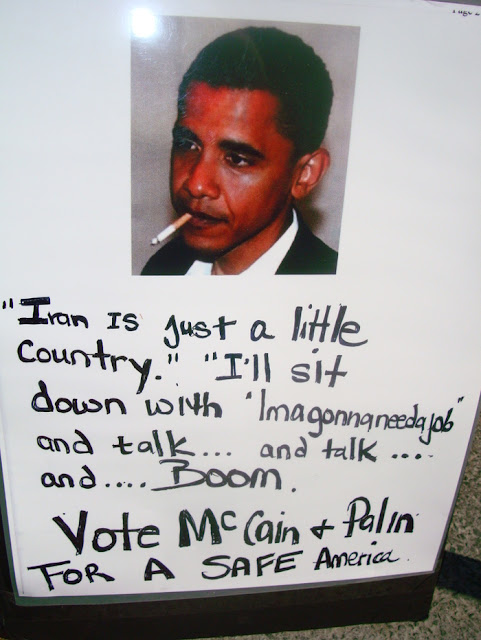 ... [T]he vast majority of human beings ... have no compunctions] about criticizing –– even condemning –– religions whose nature seems foreign to them, yet we lack the courage to [condemn] even the [barbarous] religion of the [defunct] Aztecs   ...
This is not ... theoretical ...  It costs ... lives ... lives of our ... soldiers today in Afghanistan, tomorrow [Heaven] knows where.
[At] Jihad Watch  ... you will see –– from [the] mainstream press ... that Copts are slaughtered in Egypt, Christians blown up in their churches in Nigeria, teenage girls raped and murdered in England, mutilated in France, [subject to honor-killings] in Michigan, women stoned in Afghanistan and Iran, worshipers imprisoned in Indonesia.

... [Not long ago] a man beheaded his wife and dismembered her body in front of her six children.  In Germany!  "After he lunged at police with the severed head of his wife he threw it from the roof of his five-storey apartment building to the street below."  It will happen in Duluth tomorrow and Des Moines the day after.  We [dare not] say that he was a Muslim –– only that he was a Turk named Orhan Sircasi  ...
[W]e cowards ... won't even stand up to Muslim cab drivers who refuse to pick up blind people because they have seeing-eye dogs. We [meekly] go to other lines in the grocery story because we are intimidated by a Muslim [cashier] who [refuses to] ring up our pork sausage.  And we are afraid to say that, [while] we may not know exactly what Obama believes, whatever it is, it [can’t be] good.
We hear ... about [our] "secular society," but there is no secular society.  ... What [we] call “secular” [today] is [usually] New Age, and when it is not, it is some other form of [non-Christian worship], such as scientism or Obamamania. People [tend to be] religious [by nature], [yet] we are supposed to act as if religion does not matter.

The liberal establishment ... [scoffs] at [those] who think Obama is a Muslim.  But people who think that at least engage in a [deductive] reasoning process, unlike those who simply laugh.

... [T]he [scoffers] ...  take Obama's word for his Christianity, but we know what [his word] is worth.  He [claims to have] attended church for twenty years, but [never noticed] that the preacher was a [fulminating], hate-filled [anti-American bigot].  [Our president] slanders Christians who "cling" to their religion, but ... bows down to Saudi princes  ... He greets Muslims [in ways] that Muslims ... [characteristically] use only among themselves ...

[T]he main point. however, is that [people] really [do tend to be] ... religious.  ... [N]ot all religions are alike, [or even remotely similar].  [T]o be indifferent to the religious [character and] motivations of [others] ... is [downright pusillanimous] in a world where acid is thrown in the faces of little girls [just] for going to school, [and innocent victims of religious intolerance are beheaded simply for being Christian].
Why can't our media [and] our leaders face facts [and call a spade a spade]?
http://www.americanthinker.com/2012/06/the_obfuscation_factor.html#ixzz1xl33i3wo
Posted by FreeThinke at 6:48 AM