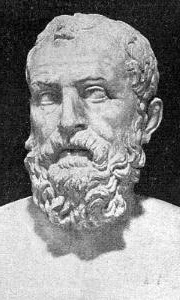 In his tragic comedy, The Merchant of Venice, Shakespeare has composed possibly the most eloquent indictment of legalistic, literalistic thinking and pharisaical interpretation of the law yet written since The Sermon on the Mount.
The story involves the foolish promise of a young merchant, Antonio, to forfeit literally a pound of his flesh for failure to repay an outstanding loan to Shylock, a money lender. The matter has gone to court. The defendant has failed to repay the plaintiff, and the plaintiff has brought suit to demand the pound of flash rightfully owed to him according to the dictates of the law. Portia, the defendant Antonio’s girl friend, has disguised herself as a lawyer, and hopes to free her lover from his debt obligation with a demonstration of her heartfelt conviction that the deepest understanding of its purpose and most moral and compassionate interpretation of the law provides the only true justice. Her classic response to the vengeful plaintiff, Shylock, is always worth reviewing:
The quality of mercy is not strain'd,
It droppeth, as the gentle rain from heaven
Upon the place beneath: it is twice bless'd;
It blesseth him that gives, and him that takes:
'Tis mightiest in the mightiest; it becomes
The throned monarch better than his crown;
His sceptre shows the force of temporal power,
The attribute to awe and majesty,
Wherein doth sit the dread and fear of kings;
But mercy is above this sceptred sway,
It is enthroned in the hearts of kings,
It is an attribute to God himself;
And earthly power doth then show likest God's
When mercy seasons justice. Therefore, [you],
Though justice be thy plea, consider this—
That in the course of justice, none of us
Should see salvation: we do pray for mercy;
And that same prayer, doth teach us all to render
The deeds of mercy. I have spoke thus much,
To mitigate the justice of thy plea,
Which if thou follow, this strict court of Venice
Must needs give sentence 'gainst the merchant there.
It may disappoint most of my fellow conservatives, but I am with the president on his bold Executive Order to curtail any further attempts to deport illegal aliens who were brought here as young children who have never known any other home.
Obama is doing the Right Thing. He may very well be doing it for the wrong reasons, but that doesn’t stop it from being right. By all that’s humane and all that’s holy -- and by all that’s pragmatic as well -- it is surely the morally correct decision.
Deporting people who have been grown up in this country, and lived to all intents and purposes as Americans -- people who in most instances have little-or-no knowledge of their country of origin would certainly be “cruel and unusual punishment.”
The strict, legalistic application of the law in these instances would be the equivalent of demanding “a pound of flesh” for failure to repay a debt. Such an action should be considered absolutely untenable to decent, right-thinking people who have any pretensions to fairness, kindheartedness and compassion.
The law should exists to serve the people –– not the other way ‘round. Slavish devotion to a literal interpretation of the law is flat out wrong in the many instances where, as Charles Dickens said through the unsavory character of Mr. Bumble, the Beadle in Oliver Twist, “If that be the law, the law is a ass –– a idiot ...”
I cannot help but agree.
~ FreeThinke
Posted by FreeThinke at 1:09 AM