Does Historic Preservation Have Relevancy Today?

After scanning a bunch of depressing headlines about all the usual perplexing, insoluble issues of the day one stood out as different –– something that someone could do something definitive to correct.

"Rome's Trevi Fountain is Crumbling for Lack of Maintenance."
In a world rife with poverty and injustice, where violence threatens to erupt at nearly every street corner, where racial, ethnic and religious divisions seem deeper than ever, where imperfect and pernicious ideologies and divisive, destructive interpretations of religious doctrine compete for allegiance could there be any justification for showing concern over something as small and seemingly irrelevant as the preservation of a beloved, ancient landmark such as the Trevi Fountain? 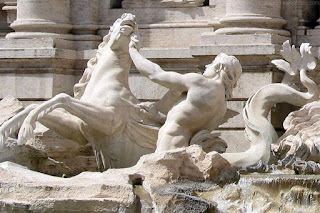