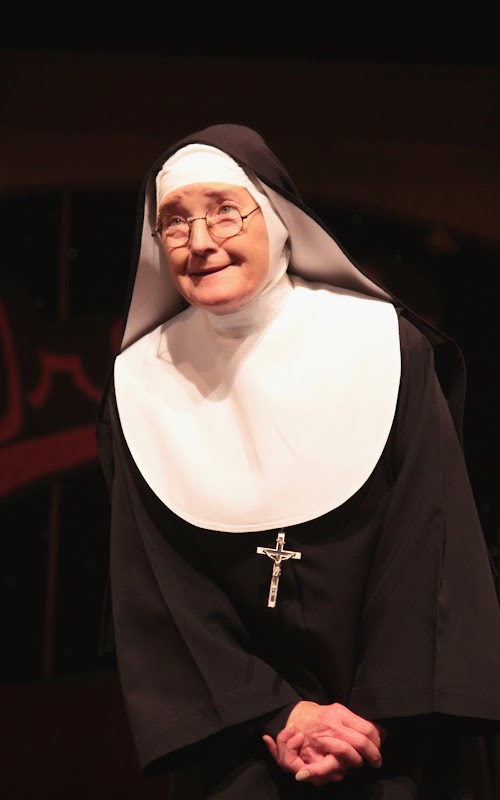 My first grade in public school had been rather boring, but I loved the weekly Catechism classes in my parish conducted by a smiling nun who put colored stars next to every question in the Baltimore Catechism I got right, which were many, thanks to the motivation by my Catholic grandmother, who lived with us, and by my Protestant mother, too. Wouldn’t it be wonderful, I had thought, to have such a wonderful teacher like this every day!

In September of 1950, my wish came true:  I was overjoyed to enter the second grade at Our Lady of Loretto School in Hempstead, N.Y. My teacher was Sister Mary St. Roger, a cautious smiler. An early reader—thanks also to my mother—I expected to be placed in the Bluebirds, the highest group, but I was disappointed to be seated with the Robins. Oh, well, at least I wasn’t with the dumb Canaries. Later, I learned that mom had conferred with Sister, and they had agreed to give me a conservative placement, since I had come from a public school; better to promote than demote. Soon, I proved worthy of Bluebird membership but was glad they didn’t group for mathematics! As I write this, I am looking up at a shelf on which sits a small, blue ceramic lamb, given to me by Sister for winning a class spelling bee.

I even remember some of my friends’ names. Steve Colucci introduced me to Walt Disney comics, and I was especially fascinated by Uncle Scrooge. Billy Hardwin made me a Brooklyn Dodgers fan but sometimes got into trouble because he was caught drawing during a lesson pictures of Ebbets Field with the players’ names in the lineup: Pee Wee Reese, Jackie Robinson, Gil Hodges, and, his favorite, Duke Snider. James Lowe was easily the smartest in the class, and we became friends, too.  That year my mother also got me my first library card, and I most enjoyed the animal stories of Thornton Burgess.

But far more memorable were the Catholic customs to which I was introduced at O.L.L. My friends urged me to come early and they would really show me some fun. So, I got permission from my mother and used my public bus ticket to arrive at 7:45 to see what the “fun” was.  Steve and Billy were waiting outside the convent. When they saw the door open, they raced up to the first nun that emerged, and both yelled, “Good morning, Sister, may I carry your books?” She smiled, gave her books to one, and he joyfully accompanied her to her classroom. This ritual was repeated with all the nuns and us groupies.

Later in the week, I was honored to be a book-bearer, too.  Of course, in those days  the sisters all wore their glorious, inspiring traditional habits, that made you proud to be a Catholic and some Protestants wish they were. Today, we see—if we can recognize them at all—the few remaining nuns dressed like seedy social workers, crude wooden crosses hanging from their necks. Another custom, new for me, was the noon bell for the Angelus. On the recess yard, hundreds of students froze in place and prayed.  The older boys quickly yanked into line any first-grader who didn’t get with the program.

I am almost brought to tears when I recall another ritual. During one recess, held after there had been a school-wide Mass held in the auditorium, I heard a tinkling bell, with a tone different from that of the richer Consecration bells. Everyone fell to his knees on the rough pavement, and I quickly followed the crowd without having a clue why. Shortly, we saw an altar boy walking along ringing the bell, followed by the priest carrying the covered chalice back to the rectory!

Once at Mass—and I only remember this having happened once—the priest dropped a Host. The reaction among the congregation couldn’t have been greater had a grenade exploded.  Everything came to a shocked halt until Father, on his knees,  had removed and consumed from the carpet every molecule.

A story that Sister read to the class as part of our First Communion preparation also is burned into my mind. Although it would be deemed too strict by today’s weakened standards, the story was about a little boy who, on the eve of his scheduled first reception of the Sacrament, woke up thirsty. After going to the refrigerator and taking a sip of orange juice, he was instantly horrified as he recalled the rules of fasting then in force. Tears streamed down his face as he confessed to his mother, who also wept, because her son would have to wait another year to receive his first Host! Harsh? Perhaps, but, I submit that with ceremonies and rules like these, is it any wonder that Catholics of my generation, properly educated, have not a sliver of a doubt about the truth of the Real Presence? And I further believe that such practices as Communion in the hand, only bowing instead of kneeling, and receiving from the hands of un-ordained laypeople only diminish this belief.

Sister Mary St. Roger once told another story, too, one that the politically correct today would have censored. In the early 1950s in China, Chang Kai Chek was about to lose his country to the Communists, led by Mao Tse Tung, an event that the class was learning in Our Weekly Reader. To illustrate the evils and cruelty of godless Communists, Sister brought into class a pair of chopsticks. She then told us that Mao’s followers would come up behind Christian children and place the objects into their earlobes, and, if they didn’t renounce their faith, the sticks would be pounded into their ears, breaking the eardrums! We were horrified, of course, I wincing even recalling my mother’s cleaning my ears with q-tips.

Later, when I saw on our first television some sessions of Congress during which Senator McCarthy was questioning people, I asked my parents what was going on. They told me that he was trying to find out whether there were Communists in our government. I then assumed the senator was a hero and couldn’t understand why others were critical of him, my parents obviously not able to explain to a seven-year-old the difference between means and ends.  [NOTE:  Despite years of hearing the pejorative terms “McCarthyism” and “Witch Hunt,” we now know (e.g., from such books as Ann Coulter’s TREASON) that everyone McCarthy accused of being a Communist was in fact a Communist.] Thank you, Sister, for exposing me to the truth so early.

My year in second grade was not without its lighter moments. In the boys’ lavatory, there was a sink about six feet long with four drinking-water fountain heads in a row. Each head had three holes from which the water emerged before forming one stream. One day I was curious about what would happen if you put your finger over one of the holes. When I did this and turned the water on, the stream shot out about two feet into the air. Wow! I was then at fountain #1 and wondered what would happen if I put my finger over two of the holes. I quickly did this, and the water arched very high into the air, reaching fountain #4.

What I didn’t realize was that James Bernard was drinking from fountain #4. I can still hear the plopping sound of the water hitting this boy’s thick black hair. I was lucky that he was very easygoing, or I would have been in a fight. I said I was sorry and returned to class. Within two minutes, Bernard came back, too, but he had not sufficiently dried his hair, causing water to drip onto his desk, and when Sister angrily asked him to return to the bathroom and dry himself properly, I had to bury my head in my hands to stifle the laughter. Dodged a bullet there.

By far, the most memorable lesson Sister taught us was the one about the purity of Mary’s soul. She drew three circles on the blackboard representing souls. She pointed to the first one, obviously black, and said this was a soul in mortal sin. Then she drew in the second one, with the chalk held sideways, causing the circle to become white. This was a soul with grace, perhaps after Communion. Before coloring the third circle, she explained that the Mother of God was conceived (a word we didn’t understand then, of course) without original sin and that her entire life was sinless. Then she proceeded, with obvious emotion, to take a full piece of new chalk and whiten the third circle. She did this with abnormal vigor, moving the chalk around and around for what seemed to be many minutes, with pieces and crumbs of white falling to the rail and onto the classroom floor, until there was nothing left of it; the circle almost glowed.

I have never forgotten this, especially since Sister had always stressed frugality with classroom supplies. She had even chided one student for discarding a piece of chalk that couldn’t have been much more than ¼” long; no waste here, she would say. To witness her using an entire piece just to illustrate the “whiteness” of Mary’s soul stunned us students, and this one never forgot that lesson.

My parents moved to another state when I was in fourth grade, and soon after, I was forced to return to public schools until my senior year, after we moved again. I have heard and seen many complaints leveled at and many parodies made of Catholic education with its allegedly cruel nuns. Perhaps I was lucky, but I never experienced any of this negativity, and I am very grateful to all these wonderful sisters for the Faith I have today. I feel very sorry for today’s Catholic youth, who, except in some very traditional places, are deprived of this experience.

Before writing this little memoir, I called my old Long Island parish to inquire about Sister Mary St. Roger. We could seldom tell a nun’s age then, with their beautiful, traditional habits, but, if she were still on this earth she would have to be well into her nineties. I learned that the school is no longer in operation, and the receptionist didn’t even know what order of nuns once taught there. Pity. But, Sister Mary St. Roger, please know that I shall never forget you and you’ll always be in my prayers. Thank you! 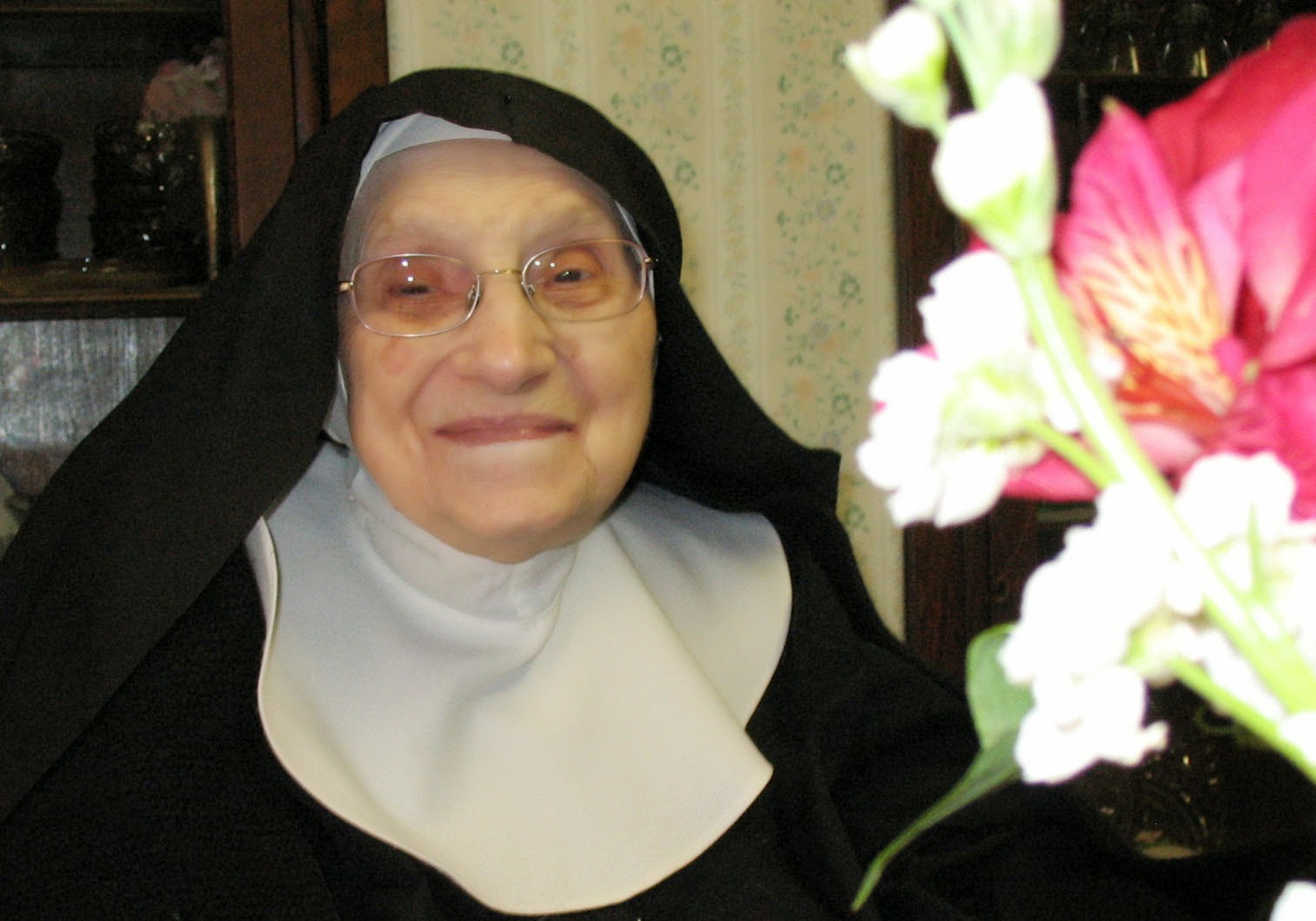 Posted by FreeThinke at 5:20 AM