WHO is PRIVATE BOWE BERGDAHL?


What have we made of him?


Did President Obama merely use the Bergdahl family as part of a political ploy, or does the president feel honest compassion for them? 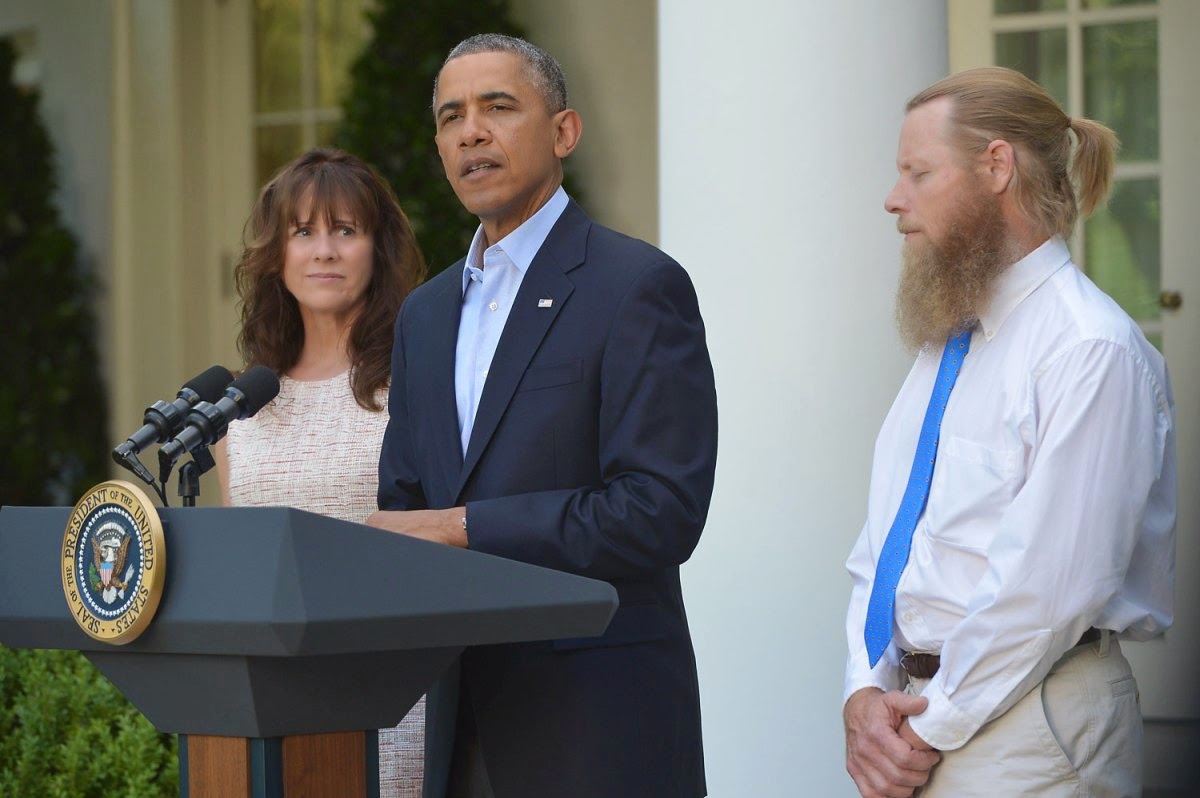 Private Bergdahl was recently cleared by the Army of any misconduct during his captivity. The Left wants to see that as a An Embarrassing Defeat for Rabid Right Wingers who Rushed to Judgment.


But the Left, itself, has Rushed to Judgment, because the the circumstances of Bowe Bergdahl’s disappearance from his post and subsequent capture have not yet been revealed.

I'm a libertarian, which puts me about as far to the right as anyone could get, and I posted the following observation here, at Always On Watch, and at Progressive Eruptions several weeks ago soon after the brouhaha over Private Bowe Bergdahl began:

'Good points on both sides about the handling or possible mishandling of Sgt. Bergdahl's return, but overemphasis of any bit of evidence primarily to score points for a particular "side" results in distortion of the truth, which does no lasting good. When both sides do it, both are equally at fault.

'Even if Sgt. Bergdahl really is guilty of desertion and possibly treason, it has been extremely unwise and distasteful –– not to say impolitic –– for Conservative elements to jump on this and beat it to death right now.'

I first published that statement at Progressive Eruptions, then repeated it elsewhere several times where I felt a lot of hotheaded, irresponsible, defamatory remarks were being passed. I even went so far as to say the fervid eagerness to condemn Private Bergdahl was assuming the characteristics of a typical LYNCH MOB.

I remind you of this, because Left Wing Bloggers have been hurling hotheaded, defamatory, accusatory remarks condemning FOX News and the Right Wing in general for using Private Bergdahl’s sensitive-possibly-tragic situation to try to damage their beloved President Obama. So, once again Left and Right mirror each other, and fail to see how very much alike they are in their arrant bigotry.

I don't like being lumped in with a bunch of Yahoos, rabid partisan zealots and ululating savages who jump to conclusions on slight evidence, avidly feed their penchant for blood lust, and render themselves eager to kill at a moment’s notice, so I’m publishing this yet again to try to set the record straight.

As I've said so often since 911, the extremes of left and right meet back-to-back on a circle. Too often thr they produce a Rorschach pattern -- mirroring  and mimicking one another with chilling clarity and precision.

It is the ferocious eagerness to vilify, condemn and punish that unites Left and Right.

All that aside we need to do honest, objective research in order to learn the full ruth about Private Bergdahl.
Posted by FreeThinke at 7:18 AM