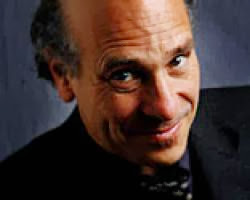 If ya evuh knew ennywun who toldja tuh flush de turlet beefaw ya left da batroom, aw dat ya awta go ta choich on Sundays, aw said Octobuh was de toime to put earl in de foinace, you might find dis otticle amusing. It never ceases to amaze me how dese joynalists love to tell us things most of our parents loined beefaw we awl wuh bawn.


(edited and emended by FreeThinke) 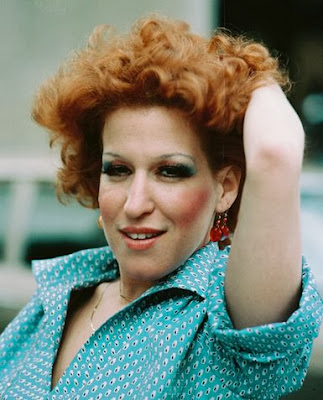 Michael Schoenstein always believed it made him more charming, an endearing characteristic integral to his identity. But, finally, after too many people mocked him, he began seeing a therapist.

Patrick Mullin had the same problem. “People were complaining,” he said. He started weekly therapy sessions 11 years ago and still goes about once a month.
Lauren LoGiudice sought help for similar symptoms. “I would have sessions and I started to cry,” she said.
In all three cases, therapists reached the same discomfiting conclusion.
“I was diagnosed with a New York accent,” Mr. Schoenstein said. 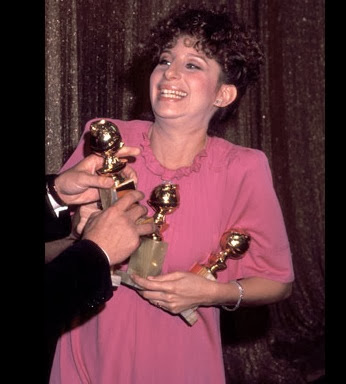 The classic New York accent is not as distinct or as prevalent as it once was, but there are plenty of native “Noo Yawkers” who not only have it but consider it a curse.
“It humbled me,” Mr. Schoenstein, a television reporter at WPIX-TV, said of his diagnosis.
Those who seek professional help to conquer their accents make similar complaints, like, “ ‘People don’t understand what I’m saying,’ ” said Sam Chwat, who is considered the dean of speech therapists. “ ‘I’m stigmatized by the way I speak.’ ‘I’m tired of people imitating or ridiculing the way I speak, or saying I sound “cute.” ’ ‘My accent seems to imply negative characteristics.’ ”
Miss LoGiudice’s accent didn’t matter when she was growing up in Howard Beach, a heavily Italian neighborhood in Queens where dropping r’s in words like doctor (doctuh) and water (wawtuh) just happens to be the way many people talk.
“I grew up with people who could be the cast of ‘Jersey Shore,’ ” Miss LoGiudice, 27, said. It was not until she got to Wesleyan University that she realized how much her speech pigeonholed her. And as a young actress who is “tall and Anglican-looking,” she worried her accent would be a roadblock. “If I had looked like Meadow Soprano,” Miss LoGiudice said, “I wouldn’t have had to worry about my accent.” 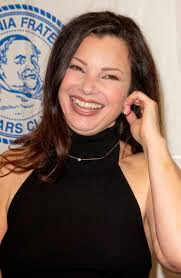 The accent was rarely an asset but has become more of a handicap in an era of globalization, when people and jobs are more mobile and a more generic identity can be seen as an advantage (think Michael R. Bloomberg shedding his Boston twang).
“A New York accent makes you sound ignorant,” said Lynn Singer, a speech therapist who works with Miss LoGiudice. “People listen to the accent, but not to what you’re saying.”
Another of Ms. Singer’s clients, Alan Steinfeld, who was born in Brooklyn, agreed. He hosts a New Age program on local access cable television channels in New York that is also streamed over the Internet, and he fears his accent prevents him from appealing to a wider audience. “People put you in a category when they hear a particular accent and don’t hear the message,” Mr. Steinfeld, 52, said.
The online Yellow Pages includes more than a dozen listings for “New York accent reduction” specialists, and searching “New York accent” and reduction or elimination on Google generates about 4,000 hits. The process typically takes at least several months, with as many as three sessions a week, and can cost from a few hundred to a few thousand dollars.
Mr. Chwat described his school, the Sam Chwat Speech Center in Manhattan, as the largest practice of therapists specializing in accents, with six licensed speech therapists and more than 100 clients a week.
“I have seen a notable rise in the number of self-referred corporate execs who are trying to retain their competitive edge within their corporations, be clearly understood by customers or clients who typecast or stigmatize them by their speech patterns,” Mr. Chwat said.
Ms. Singer, who runs Voiceworks, starts her sessions by working on the sounds a client finds the most difficult to pronounce. She works with clients on proper breathing, pronouncing vowels that use the back of the tongue and conscious sound substitution that replace “glottal clicks and swallowed vowels” until it becomes routine — a laborious process that takes months, even years.
Some clients also find it unnerving. “I felt if I lost my accent I’d lose part of who I was,” Miss LoGiudice said. “Almost no one thinks I’m from Queens anymore.”
The New York accent – a distinctive amalgam of Yiddish, Italian, Irish, Polish, and German  is now infused with black and Hispanic dialects and a Caribbean lilt — that was identified at least as far back as the early 19th century. In 1896, E. H. Babbitt wrote about “The Language of the Lower Classes in New York and Vicinity.”

In 1928, when radio became a factor in a national political campaign for the first time, the president of CBS wrote unflatteringly that Gov. Alfred E. Smith of New York pronounced the word first as “foist” and toilet as "terlet." A 1940 study by two New York University professors found that the New York accent was the most widely disliked style of speech in the United States. And in 1966, William Labov, a sociolinguist, identified what he called “linguistic self-hatred in New York.”
Of course, plenty of actors still turn to instructors to teach them the accent, and feigning one can sometimes be useful. “Some people fake New York accents when they work on Wall Street because they want to come off as tougher,” said Lynn Bo, a speech therapist in Bayside, Queens.
But Edith Bunker (played by Jean Stapleton), Tony Soprano (James Gandolfini) and Fran Fine (Fran Drescher) notwithstanding, few New Yorkers these days would take naturally to the chorus of a popular 1946 song by Bobby Gregory: “Who is de toughest goil in dis whole woild? Moitle from Toidy-Toid and Toid.”
“That has vanished without a trace,” said George Jochnowitz, a professor emeritus of linguistics at City University’s College of Staten Island.
That type of stereotypical accent, which survives mostly in black-and-white movies and television reruns, has been diluted by the influx of what linguists describe as Standard American English speakers from across the country, along with a decline in the city’s white working-class population, whose members, along with low-class Jews, tended to have some of the thickest accents.
Still, you don’t have to be a speech therapist to identify New Yorkers by their accents, to hear the dropped “r” in park and car, or the cryptic luncheon invitation “Jeetchet?”
“The accent still exists in places like Staten Island or Bensonhurst or the Rockaways,” says the writer Pete Hamill, one of several New Yorkers interviewed for a documentary by Heather Quinlan called “If These Knishes Could Talk.” “However, it has changed in that it’s no longer the ‘dese, dem and dose’ and the ‘Toidy-Toid and Toid’ that we think of.”
Mr. Chwat, 57, who grew up in Brooklyn and lives in Great Neck, N.Y., said that public speaking used to be part of the public-school curriculum, and that passing a test in oral proficiency was once a requirement to graduate from the city’s public colleges.
Along with a general decline in standards in most areas there is no longer direct instruction for public speaking, good voice production and proper diction. We're not supposed to notice low-class, obnoxiously uncultivated accents today, and unfortunately there is not supposed to be any stigma attached to speaking with an accent anymore. It used to be something ambitious, culturally aware people were ashamed of and sought to shed.
Thankfully, that trend appears to be returning. Ugly is ugly and there's just no running away from it.
Mr. Schoenstein, 26, the television reporter, grew up in Bergen County, N.J., and he said he always thought his New York regional accent was “endearing" because New York is a great place to be from, but if you ever want to work outside New York, it may put you in a box.”
Mr. Mullin, 60, a tax and criminal lawyer who practices in Manhattan and New Jersey, said he grew tired of going to legal training seminars where fellow lawyers complained about not understanding him. “I didn’t want to be boxed in regionally,” he said. “I wanted to be a clear communicator. My accent got in the way.”
Miss LoGiudice said her weekly sessions with Ms. Singer for a year and a half, along with exercises at home, had already produced results — a role as an international model in a film being released next year.
“If I hadn’t done the accent work, I would have never been cast in this film,” she said. “Lynn’s credo is quite accurate: Change your voice, change your life.”