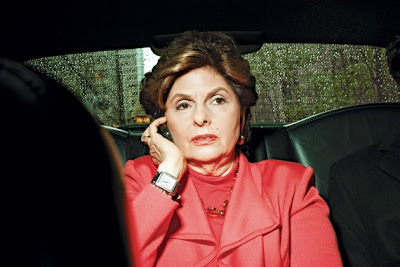 "My client is definitely an innocent victim who was trying to help the driver of the SUV when he was run over," Allred told "The Steve Malzberg Show" on Newsmax TV.

"[He's] 32 years old, he's a devoted father, he takes care of his two children who are ages 15 and 9, he's been living with the mother of his children for more than 16 years."

Mieses was one of dozens of motorcycle riders who were riding on the West Side Highway in New York City last Sunday when an SUV driven by Lien hit one of the bikes.

As some bikers attacked the vehicle, a frightened Lien fled, mowing down Mieses, authorities say. Lien was chased about 50 blocks before one of the motorcyclists smashed his car windows, dragged him out and beat him.

The Daily Mail reported that Mieses, an aspiring rapper, was recently arrested in Andover, Mass., for driving with a revoked license.

But Allred says Mieses is not a member of any motorcycle gang and "did not do any wrong whatsoever" to Lien.

"[Lien] runs over my client and he crushes him. [He's] got two breaks in his spine, multiple fractures, a torn aorta, punctured lung, and God knows what else and we don't know that he's ever going to walk again," she said.

"We're looking for justice. And a lot of people say, and even some respected journalists have said, well, what about Mr. Lien? He was in fear. He's got his wife in the car. He's got his 2-year-old in his car.

Neither Lien nor Mieses have been charged with a crime.

As many as six motorcyclists were involved in the beating of Lien, according to court papers.