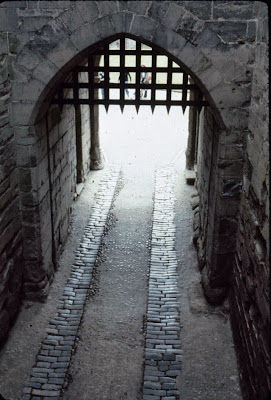 
And Republicans are within their legal and constitutional rights to act as they have.

Even when it comes to something as basic, and apparently as simple and straightforward, as the question of who shut down the federal government, there are diametrically opposite answers, depending on whether you talk to Democrats or to Republicans.


There is really nothing complicated about the facts. The Republican-controlled House of Representatives voted all the money required to keep all government activities going — except for Obamacare.
This is not a matter of opinion. You can check the Congressional Record.
As for the House of Representatives’ right to grant or withhold money, that is not a matter of opinion either. You can check the Constitution of the United States. All spending bills must originate in the House of Representatives, which means that congressmen there have a right to decide whether or not they want to spend money on a particular government activity.
Whether Obamacare is good, bad, or indifferent is a matter of opinion. But it is a matter of fact that members of the House of Representatives have a right to make spending decisions based on their opinion.
Obamacare is indeed “the law of the land,” as its supporters keep saying, and the Supreme Court has upheld its constitutionality.
But the whole point of having a division of powers within the federal government is that each branch can decide independently what it wants to do or not do, regardless of what the other branches do, when exercising the powers specifically granted to that branch by the Constitution.
The hundreds of thousands of government workers who have been furloughed are not idle because the House of Representatives did not vote enough money to pay their salaries or the other expenses of their agencies — unless they are in an agency that would administer Obamacare.
Since we cannot read minds, we cannot say who — if anybody — “wants to shut down the government.” But we do know who had the option to keep the government running and chose not to. The money voted by the House of Representatives covered everything that the government does, except for Obamacare.
The Senate chose not to vote to authorize that money to be spent, because it did not include money for Obamacare. Senate majority leader Harry Reid says that he wants a “clean” bill from the House of Representatives, and some in the media keep repeating the word “clean” like a mantra. But what is unclean about not giving Harry Reid everything he wants?
If Senator Reid and President Obama refuse to accept the money required to run the government, because it leaves out the money they want to run Obamacare, that is their right. But that is also their responsibility.
You cannot blame other people for not giving you everything you want. And it is a fraud to blame them when you refuse to use the money they did vote for, even when it is ample to pay for everything else in the government.
When Barack Obama keeps claiming that it is some new outrage for those who control the money to try to change government policy by granting or withholding money, that is simply a bald-faced lie. You can check the history of other examples of “legislation by appropriation,” as it used to be called.
Whether legislation by appropriation is a good idea or a bad idea is a matter of opinion. But that it is both legal and not unprecedented is a matter of fact.
Perhaps the biggest of the big lies is that the government will not be able to pay what it owes on the national debt, creating a danger of default. Tax money keeps coming into the Treasury during the shutdown, and it vastly exceeds the interest that has to be paid on the national debt.
Even if the debt ceiling is not lifted, that only means that government is not allowed to run up new debt. But that does not mean that it is unable to pay the interest on existing debt.
None of this is rocket science. But unless the Republicans get their side of the story out — and articulation has never been their strong suit — the lies will win. More important, the whole country will lose.
by Thomas Sowell
— Thomas Sowell is a senior fellow at the Hoover Institution. © 2013 Creators Syndicate, Inc.
NATIONAL REVIEW ONLINE 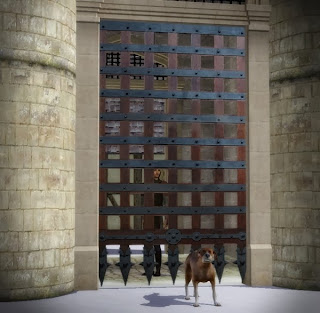 Posted by FreeThinke at 7:46 AM