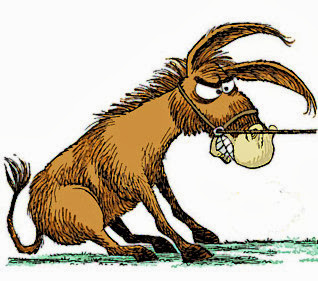 From the article:
1. Conservative-libertarians such as I are not against government per se, we are against TOO MUCH POWER concentrated in ANY one location, be it Government, Industry, the Enemedia, the Church, a Demagogue, or any particular Pressure Group.'
2. Don't you REALIZE that MEDICARE has been the single greatest factor driving up Medical Costs to their present astronomical levels?

One of two versions of a character who shall remain nameless –– I don't know whether the real or the false, and don't particularly care, since I respond to the MESSAGE more to the person –– posted the exact message claiming the AMA and most other known organizations in the medical community support Obamacare at several blogs.

I responded to this character, both versions of whom are equally obnoxious and unwelcome here, with these words:

'And what would make you think sensible people would trust the AMA and the insurance Industry anymore than they trust any OTHER enormous power bloc?

'What you and your "cohorts" –– and too many RINOS in power –– don't not understand is that conservative-libertarians such as I are not against government per se, we are against TOO MUCH POWER concentrated in ANY one location, be it Government, Industry, the Enemedia, the Church, or any particular Pressure Group.'

I can't understand why everybody does not comprehend that government by its very nature is THE biggest MONOPOLY imaginable.

You CAN change your job. You CAN change your location . You CAN shop in a variety of stores. You CAN eat in a variety of restaurants. So far, you CAN change your doctor and, except in cases of dire emergency. you CAN choose the hospital in which you are to have a surgical procedure and the surgeon who will perform the task. You CAN choose among different rehabilitation facilities, and you CAN choose any nursing home you like from a wide variety available in your area. HOWEVER, you haven't a prayer of a chance of changing your GOVERNMENT. –– And please don't give me the usual balderdash about "working through 'the system' and using the ballot box" to effect change. That and ten bucks might buy you a decent hamburger these days.

Right NOW the vast majority of us still have FREEDOM of CHOICE to a high degree when it comes to obtaining medical care. Once Obamacare sets in that blessed freedom is very likely to be taken away for good and all.

I have had VAST experience with our system of healthcare for myself and several loved ones over six decades, and have NEVER found it unsatisfactory or unmanageable, EXCEPT during my father's final illness when MEDICARE forced our local hospital ––– where my parents had made voluntary contributions of time, money and service for decades, including my father's stint on the Planning Committee for the large addition that was to double the size of the place ––– MEDICARE forced them toto DUMP my father into the STREET, because he had outlived his lifetime Medicare Benefit Days.

Never mind that he was blind, incontinent, incoherent, and weighed only 65 pounds after three months in in the place. we were forced to take him home in that miserable condition. Mercifully he died only four days later.

When I tried to register a complaint with the "Social Worker" who had been put in charge of my father's case, she looked at me from her fat face with eyes as cold as stone, and said in abrasive, uncultivated accents, "Face it, Mr. FreeThinke, no one here gives a God damn about your father, so you might as well save your breath."

That was GOVERNMENT talking –– not our family physician who had been a family friend for many years. He and Dad had served together on the Board of deacons at our Church. With tears in his eyes, he told mother and me, "I'm so sorry, but because of government policy, my hands are tied. I could lose my privileges to work at this hospital and my license to practice, if I tried to defy their orders."

And THAT, ladies and gentleman, occurred in the summer of 1976 –– THIRTY SEVEN years ago.

And YOU believe that GOVERNMENT can do a better job of administering health care than a system run by private hospitals and private physicians?

Don't you REALIZE that MEDICARE has been the single greatest factor driving up Medical Costs to their present astronomical levels?

And you want even MORE government control?

I'm astonished and deeply distraught at the height, depth and breadth of utter FOOLISHNESS that pervades the thinking in our country today. 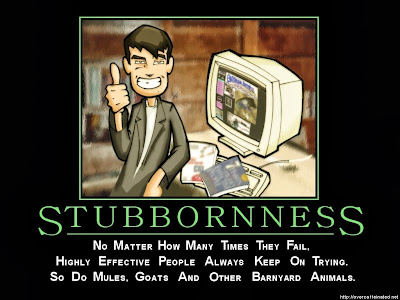