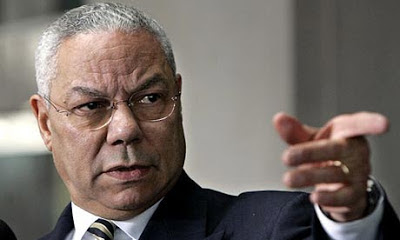 Thus says the back-stabbing lout who deliberately let the innocent Scooter Libby twist in the wind, and then get convicted, when one word from Powell would have ended the investigation.

Thus says the man who was afforded credit he didn’t deserve for conduct of a Gulf War (1991) he more or less opposed, the man who denounced his own testimony to the United Nations while blaming others for its substance, the man who claimed to be a Republican moderate but who endorsed the most radical leftist Democrat ever to serve in the presidency over a Republican moderate (John McCain) who had repeatedly befriended him and praised him throughout his career.

Marco Rubio was right to push back against this man of little character. Two Hispanic senators who are Republicans, none a Democrat? Check.

A Republican as the only black senator? Yes.

The only senator in recent memory with real American Indian blood (at least partially) in his veins? Republican.

Powell has become nothing other than a nasty apparatchik currying favor with those in power.

Maybe that’s all he ever was.