Information Either Misreported or Unreported by the Government Media Complex:

After a vacuous 2006 mid-term election, where Democrats never spoke of what they wanted to do, but simply said they were better then George W. Bush, Democrats took back the Congress –– both the House of Representatives and the Senate. The Democrats controlled a majority in both chambers for the first time since 1995.

The 2007 Budget immediately doubled the deficit, and President Bush had no ability to eliminate any part of it, because the Democrats had a full majority.

January 3rd, 2007 was the day Barney Frank took over the House Financial Services Committee, and Chris Dodd took over the Senate Banking Committee. Interesting that the economic meltdown in Banking and Finance happened 15 months.  What a coincidence!

Our fiscal crisis began by dumping 5-6 TRILLION Dollars of toxic loans on the economy from Fannie Mae and Freddie Mac. That one of the leaders just happened to be Barney Frank’s lover is, of course, a mere coincidence.

Starting in 2001 President Bush asked Congress SEVENTEEN TIMES to reorganize Fannie and Freddie, because he knew it was a financially risk for the US economy, and yet today, the Democrats and their handmaidens in the State-Media-Complex say he CAUSED it.

Who fought against reform of Fannie and Freddie?

Obama and the Democrat Congress!

When King Barack took over, they passed a massive omnibus spending bill to complete the 2009 budgets. Obama was a member of the very Congress that passed these massive spending bills, and he signed the omnibus bill as President to complete 2009.

If the Democrats inherited any deficit, it was the 2007 deficit, the last of the Republican budgets. That was the lowest deficit in five years, and the fourth straight decline in deficit spending.

After that, Democrats in Congress took control of spending. If Obama were honest, what he should be saying is this: “I inherited a deficit I voted for, and then I expanded that deficit four-fold since I took office.”

Indeed we have a faction of “Progressives” who seem hell-bent on destroying our nation from within to their particular advantage. They appear to want a return to the old ways where a Ruling Class pushed the Peasants around at will –– an ancient system that held sway for thousands of years before the American Revolution and the writing of our founding documents.

The current crop of statist-collectivists are aided and abetted by the Educational Establishment and an Industrial Complex that includes movies, television, popular music, news, fiction, fashion, and advertising comprised of the same old faces we have grown to dislike and distrust. They have achieved hegemony by reinforcing each other at every turn, and smugly taunt us by continually bombarding us with their Marxian propaganda. Worst of all "educators" indoctrinate our children with this bilge on a daly basis.

Somehow, we must rise up against this infernal “Progressive” establishment and return the country to the  principles of her founding.

Only then could  the prosperity and high standard of living we once enjoyed return. 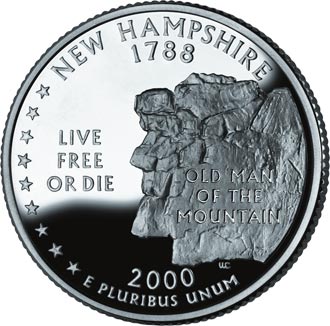 Posted by FreeThinke at 8:19 AM