A Ray of Hope that Might Penetrate the Chill Damp 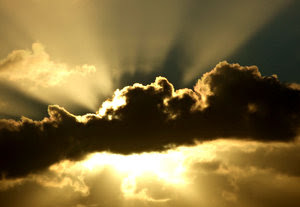 I've been treading water furiously in an atmosphere of chilly, clinging fog with a mounting sense of desperation since Tuesday evening, but I think I may have just found a ray of hope:

Alcoholics Anonymous -- of which I hasten to add I am NOT a member -- tends to believe that addicts have no hope of recovery till they have reached "BOTTOM."

Since a thin majority of our increasingly non-white, non-Christian, coarsely licentious population has become addicted to Entitlements -- thanks to the blandishments of the power hungry, megalomaniacal Dope Pushers that comprise the bulk of the federal government -- it may very well be NECESSARY for us to be brought to abject poverty and desperation in order to begin the process of getting better.

It's horrible that those of us who've been thrifty, prudent, productive, fortunate and generous must be punished along with the guilty but it may be necessary to serve "the greater good" in the long run.

"Sweet are the uses of adversity," said Shakespeare.

Emily Dickinson put it another way:

Drowning is not so pitiful
As the attempt to rise.
Three times 'tis said a drowning man
Comes up to face the Skies,
And then declines forever
To that abhorred Abode
Where Hope and he party company,
For he is grasped of God.

The Maker's cordial Visage
However good to see
is shunned -- we must admit it --
Like an Adversity.

If we hope to reach Heaven, we first must die.

Each death brings with it a rebirth in the hereafter.

"Weeping may endure for the night, but Joy cometh in the morning."

Be of good cheer. All things work together for good to those who love God.