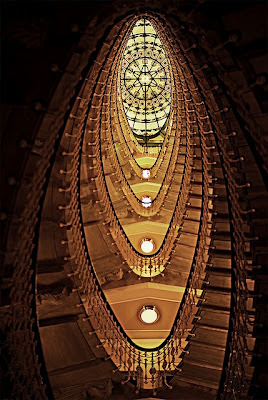 Haven't you noticed how Cultural Marxists ask the same questions over and over again, but NEVER LISTEN to the answers anyone provides? Marxists are rather like an old-fashioned tabletop radio designed for home entertainment --- they broadcast, but never receive.

Whether they acknowledge it or not --- or even if they honestly doesn't know it --- Cultural Marxists are by definition superb practitioners of Cultural Marxism's Critical Theory.

What that means is to be ALWAYS on the attack, and NEVER to give your opponent credit for ANYTHING, even if your opponent has managed with expert volunteer assistance and lovingly donated materials to build a wide, exquisitely beautiful Golden Stairway that ends right at the foot of Jehovah's Awful Throne.

The Cultural Marxist will first call your achievement "A Stairway to Nowhere," then tell you that Jehovah doesn't exist. Then he'll say the superstructure of your stairway may be unsound, therefore unsafe, and not in compliance with environmental and safety regulations. He will then demand to know whether the stairway was built by union workers who were properly protected by the strictest adherence to the regulations set forth by OSHA, and were at least 50% of those doing the heavy lifting women? If not, the Cultural Marxist will demand an "impartial" building Inspector, employed, of course, by the government, to go over your stairway at taxpayer's expense in the earnest hope that it will be condemned and have to be "deconstructed" ( i.e. torn down).

Failing that, the Cultural Marxist will then tell you that "golden" is non-specific-therefore-potentially-deceptive term. He'll demand that you prove by chemical analysis [run and strictly supervised by a team of "experts" in a taxpayer-funded government laboratory, of course] whether it is made of either 14K, 18K or 24K gold. If the gold has been alloyed with any other metal to increase its strength and durability, the Cultural Marxist will tell the public that you LIED, because your "gold" isn't REALLY "gold" at ALL but merely an ALLOY.

If Jehovah, Himself, descends the stair to tell the Cultural Marxist how wrong he is on every count, the Cultural Marxist will simply thumb his nose at Jehovah, call Him an illusory mythological social construct designed to provide crowd control in ancient, outmoded societies guided by fear and superstition.

When Jehovah grabs the cultural Marxist by the scruff of his neck, and casts him straight into Hell, the Cultural Marxist will continue loudly to protest the injustice of his having been subjected "without due process" to an unreal, but nonetheless painful and humiliating fate.

Hell, of course, is the place where one is forced to listen to Cultural Marxists carp, cavil, complain, castigate, counsel, and condemn without ceasing. 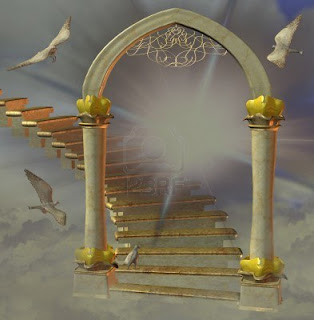 ~ Freethinke
Posted by FreeThinke at 5:00 AM