A Few Things You Ought to Know
about Mitt Romney 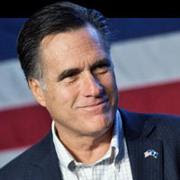 Born: March 12, 1947. That makes him 65 years old.
Father: George W. Romney, was former Governor of Michigan
Raised in Bloomfield Hills , Michigan
Married to Ann Romney since 1969; they have five children... all grown sons.

RELIGION:
Mormon - The Church of Jesus Christ of the Latter-Day Saints

WORK HISTORY:
Upon graduating from  high school, spent 30 months in France as a Mormon missionary.
After going to both Harvard Business School and Harvard Law School simultaneously, he passed the Michigan bar exam, but never practiced law.
In 1984, co-founded Bain Capital, a private equity investment firm, one of the largest such firms in the United States .
In 1994, ran for Senator of Massachusetts and lost to Ted Kennedy.
President and CEO of the 2002 Winter Olympic Games.
In 2002, was elected Governor of the State of Massachusetts where he eliminated a 1.5 billion deficit. 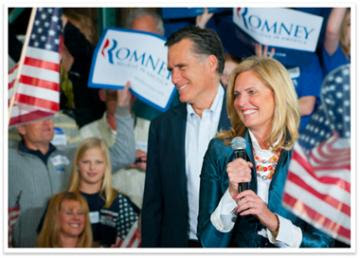 NOTEWORTHY FACTS ABOUT ROMNEY:
Bain Capital, started with one small office supply store in Massachusetts, and later became Staples. There are now over 2,000 Staples stores that employ 90,000 people.
Bain Capital also worked to performsimilar business achievements again and again with companies like Domino's, Sealy, Brookstone, Weather Channel, Burger King, Warner Music Group, Dollarama, Home Depot and others.
Romney worked as an unpaid volunteer for his fathers gubernatorial campaign for one solid year.
He was an unpaid intern in the governor's office of his father for eight years.
He worked as an unpaid bishop and state president of his church for ten years.
He functioned as an unpaid president of the Salt Lake
Olympic Committee for three years.
He took no salary and while Governor of Massachusetts for his entire four years in office donating the money to charity, instead.
He gave the inheritance he received from his father to charity.
Mitt Romney is one of the wealthiest self-made men in our country, but has given far more to others in terms of money, service and time than most men of wealth ever imagine doing.
In 2011 Mitt Romney gave over $4 million to charity, almost 19% of his income. By comparison, Obama gave 1% and Joe Biden gave $300 or .0013%.
Mitt Romney is trustworthy:
He hides nothing about his background
He is glad to show us his high school and college transcripts.
He will show us his Social Security card.
He will show us his law degree.
He will show us his draft notice
He will show us his medical records.
He will show us his income tax records.
All of this proves he has nothing to hide.
Mitt Romney's background, experience and trustworthiness indicate he has the potential to be a great leader and  motivator as President of the United States.
You may think that Romney may not be the most exciting candidate the G.O.P. could have selected:
But at least we can be sure who he is, and that he won't desecrate the flag, bow down to foreign powers,  practice fiscal irresponsibility, or hold secret meetings behind closed doors.
Mitt Romney has the ability to transform our current financial disaster into triumph. He will brighten the rpospects for our economic future.
We won't like everything we must do to recover from our downward spiral, but someone with Mitt Romney's business abilities can undoubtedly point us in more productive, fiscally sound direction.
He never took drugs, never smoked pot, never got drunk, never was on a first-name basis with communists or terrorists, nor did he attend a church openly hostile to our country.

We hope you already know the differences between the two men running for our country's top office.

We don't think so.