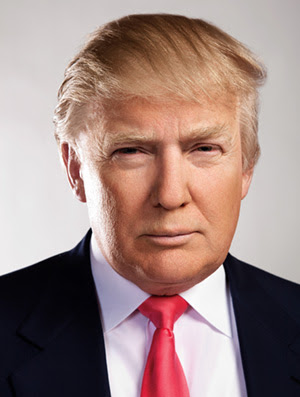 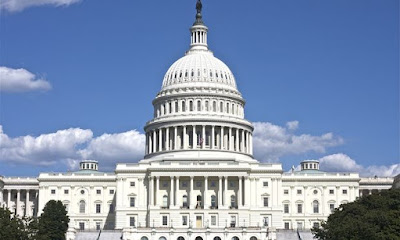 Despite his being a Liberal, the man who sent this response via email is a good friend of mine. Obviously he disagreed with much said by America4Americans, and backed a lot of his statements up with sources.

[NOTE: Please do your best to present evidence to the contrary in a polite, thoughtful way. Insults, smear tactics, emotional outbursts, childish taunts, and irrelevant comments will be removed. Try for a change to treat someone with whom you disagree with respect. Insults and mud-slinging are NOT acceptable debate practice. If “we” are to have any credibility at all, we must elevate the tone of our rhetoric. Thanks.]

Donald Trump did not quadruple
the price of food since 2008.

Correct, but neither did anyone else. Food prices have risen a modest 25.7% overall, most of that during the high gas prices in 08 and 09.

To claim 'quadruple' is absurd and highly false.

Trump is not stirring a race war.

Perhaps not, but neither is President Obama. By the mere fact that the President mentions problems faced by the black community, the right runs all hysterical claiming the President is 'causing a race war.'. Give it a break - it's nonsense.

Trump did not leave any
US soldiers in Benghazzi to be
slaughtered and desecrated
by Muslims.

True again, though neither did anyone else except perhaps the GOP House members who refused to increase the budget for security at consolates (which Benghazi was) or embassies. Meanwhile, countless hearings on the matter have more than proven that no illegal or scandalous actions took place, and that, indeed, most of the planet (with the exception of the radical right in America) thought this attack could've easily been due to the release of the you tube video which had caused massive demonstrations and other attacks around the globe. Meanwhile, still nothing from the right about those 11 attacks on our embassies which happened under W. . . Funny about that, huh? Hypocrites - all of them.....

Trump did not send the US Navy
to fight for Syrian Al-Qaeda.

Take your pick –– either article is vague and neither is reported by any other reputable source.

Trump did not arm ISIS and systematically exterminate Christians throughout the Middle East.

No, that would be all of you who voted for Bush twice. As the rest of us knew, going into Iraq would create an off-balance of power in that nation. Sunni vs Shia vs Kurd with the minorities of Christians and others caught in the middle. And of course, that's EXACTLY what happened. If you want to blame those deaths on anyone –– look in the mirror, Republican voters, look in the mirror....

Trump did not betray Israel.

No, and neither did President Obama. Feel free to bow down to Israel and to continue to fight her wars –– I and most Americans are done.

Trump did not provide financing
and technology to aid Iran's
nuclear weapons program.

Conservatives would hate the deal no matter what, just because you can't bring yourselves to give the president a win on this one. I get it. You hate the guy more than you love your country. Got it. Fact remains, though, that if we walk from the multinational deal, we walk into almost certain war with Iran, and that will be even more bloody, costly and prolonged than the pointless war of choice in Iraq. Strap on your packs and lace up your boots, Republicans - you'll be fighting this one without the rest of us.

Trump did not give our
military secrets to China.

No, that was Nixon and every other President since including Ronald Reagan every time 'most favored nation' status was extended, which it has been since Nixon.

Trump did not remove our nuclear missile shield
in Poland at the behest of Russia.

Trump did not shrivel our military,
and betray our veterans.

I'm a veteran - I don't feel betrayed by President Obama. I do, however, feel very betrayed by the GOP who starts pointless wars of choice based on lies then has the nerve to pinch pennies with the VA budget as they have done REPEATEDLY all while whipping up their base of mostly non-veterans with nonsense like this.

Trump did not cripple our economy.

Nope –– Bush, Cheney and Republican voters did that all by themselves. Why should anyone listen to you folks, again? :-)

Trump did not increase our debt
to 20-TRILLION dollars.

Nor has anyone else. This poster fabricates and exaggerates a lot.

The fact remains that most of the increase in the debt was to pay for two off-the-books wars and to right a sinking economic ship caused by W.

Trump did not ruin our credit, twice.

True. That was the GOP House and Senate. Glad someone else remembers that fact, too.

Trump did not double
African-American unemployment.

Nope, that would be Bush who lost more jobs than any president in living memory.

Trump did not increase welfare
to record levels for eight years.

Same answer as above.

Trump did not sign a law making it legal
to execute, and imprison Americans.

True. Bush did and Obama continues this bad policy. Thanks go to all those flag waving, 'super patriots' who crammed the patriot act down our throats after 9/11 therefore ensuring that the terrorists got exactly what they wanted. Gee, which party pushed all that bad policy again? Hmmm... Oh yeah. yours.

Trump did not seek to free terrorists
in Guantanamo Bay.

If they are indeed 'terrorists' then why not charge them and try them as such. Why be so cowardly as to just attempt to hold them indefinately without ever bringing any charges against them? Why have more than two dozen been found innocent and freed? You can't very well be a beacon in the dark and then do dastardly deeds, also.

Trump did not steal your rights, violate
US Constitutional law, or commit treason.

Nor has the president. Please, calm this person down and give him  a much needed shot of anti-psychotic drugs. Feel free to list any specific rights lost under this president. You won't be able to, as there are none, but go for it if you can think of any.


Please consider this before posting:

Do YOU see the primary purpose of Amercian4America's post as
a DENIGRATION
of President OBAMA,
or do you see its intent more as
a DEFENSE of DONALD TRUMP?
Posted by FreeThinke at 12:00 AM