Anything NEW You'd Care to Add? 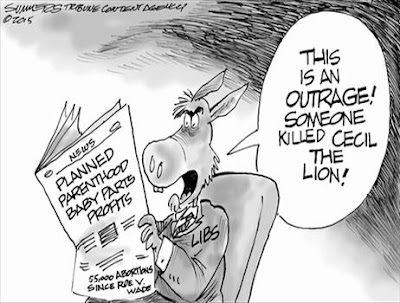 Climbing through the January snow, into the Lobo canyon
Dark grow the spruce-trees, blue is the balsam, water sounds
still unfrozen, and the trail is still evident.
Men!
Two men!
Men! The only animal in the world to fear!
They hesitate.
We hesitate.
They have a gun.
We have no gun.
Then we all advance, to meet.
Two Mexicans, strangers, emerging out of the dark and snow
and inwardness of the Lobo valley.
What are they doing here on this vanishing trail?
What is he carrying?
Something yellow.
A deer?
_Qué tiene, amigo?
León_
He smiles, foolishly, as if he were caught doing wrong.
And we smile, foolishly, as if we didn't know.
He is quite gentle and dark-faced.
It is a mountain lion,
A long, long slim cat, yellow like a lioness.
Dead.
He trapped her this morning, he says, smiling foolishly.
Lift up her face,
Her round, bright face, bright as frost.
Her round, fine-fashioned head, with two dead ears;
And stripes in the brilliant frost of her face, sharp, fine dark rays,
Dark, keen, fine rays in the brilliant frost of her face.
Beautiful dead eyes.
_Hermoso es_!
They go out towards the open;
We go on into the gloom of Lobo.
And above the trees I found her lair,
A hole in the blood-orange brilliant rocks that stick up, a little cave.
And bones, and twigs, and a perilous ascent.
So, she will never leap up that way again, with the yellow
flash of a mountain lion's long shoot!
And her bright striped frost face will never watch any more,
out of the shadow of the cave in the blood-orange rock,
Above the trees of the Lobo dark valley-mouth!
Instead, I look out.
And out to the dim of the desert, like a dream, never real;
To the snow of the Sangre de Cristo mountains, the ice of
the mountains of Picoris,
And near across at the opposite steep of snow, green trees
motionless standing in snow, like a Christmas toy.
And I think in this empty world there was room for me
and a mountain lion.
And I think in the world beyond, how easily we might
spare a million or two of humans
And never miss them.
Yet what a gap in the world, the missing white frost face
of that slim yellow mountain lion!
~ D. H. Lawrence (1885-1930)


Thank you to Ducky who introduced us to this poem a few days ago.

R-E-M-I-N-D-E-R
We Do Not Accept
BOILERPLATE
Irrelevant Comments
Personal Remarks
Manifest Stupidity
Posted by FreeThinke at 12:00 AM