Which
is the Real
Pamela Geller? 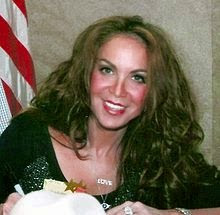 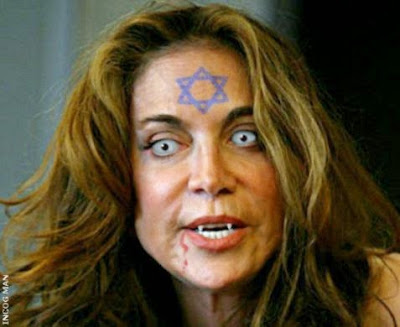 YESERDAY, amidst a lively discussion at Always On Watch, BAYSIDER gave a most balanced, thoughtful and benign commentary on the thorny, controversy Pamela Geller’s tactics regarding the now-infamous Cartoon Competition in Garland Texas have aroused.

BAYSIDER: "SF, I like what you said about civil rights and an appeal to shared religious and cultural values. But I don't agree in this sense: The jihadis are telling Americans to take our civil rights to the back of the bus and shut up. Look at what that ridiculous [London-based] cleric said on Hannity the other day –– that Geller deserves the death penalty. Un uh! ... [L]aws from some backward, illiterate, piratical pedophile DON'T apply here! In that sense, it's appropriate to compare Geller to Parks who would not give up her seat ..."

FT: I hope our friend, Silver Fiddle, understands that CEDING (i.e. giving up, abandoning) OUR Laws, Values, Customs, and Mores to favor or accommodate what-amounts-to an AGGRESSIVE, HOSTILE, INVADING FORCE determined to DISPLACE "us" –– and everything we've loved, lived by, and stood for –– with THEIR warped, brutal, demented, utterly barbaric notions of what constitutes Right and Wrong should be regarded by ALL of "us" here in the the West as TOTALLY UNACCEPTABLE.

There can be NO COMPROMISE with EVIL. PERIOD! No one can play games with the Devil and hope to win.


Pam Geller in my opinion is making an honest effort to DRAW OUT the viciousness and brutal savagery INHERENT in the followers of ISLAM. In so doing, Ms. Geller is helping to bring AWARENESS of the clear and present DANGER the very presence of ISLAM means to what-we-used-proudly-to-call The American Way of Life.

Islam is a dire THREAT to CHRISTIANS, a dire THREAT to JEWS, a dire THREAT to our Constitution and to the principles espousing Maximum Freedom for the Individual on which this nation was founded. Most of "us" are far too complacent, too trusting, –– too LAZY –– or frankly too STUCK on prissy notions of LEGALISTIC, LITERALISTIC interpretations of basic Principles, and too HUNG UP on arid, theoretical notions of ETHICAL PROPRIETY to summon the wherewithal to DEFEND and SECURE OUR INTERESTS decisively and effectively.

Ms. Geller is more than a ROSA PARKS figure, I would say she is much more like a latter-day PAUL REVERE.

I know "everyone" likes to regard FreeThinke as an immoderate, unrealistic "crank," because of his repeated statements advocating DIDADIN, and his insistence that Jews eventually must take full responsibility for the inroads and hideous depredations Marxian, atheistic Jewish Intellectuals have wrought in these United States –– and throughout the West –– and stop the reflexive, ritualistic dismissal of their honest critics as "vicious anti-Semites."


FreeThinke is SEVENTY-FOUR years old. This does not mean he is more intelligent than others, but it DOES mean he has lived long enough to be able PENETRATE the dense FOG –– the MIASMA –– with which the Enemedia-Entertainment Complex ... has confused us. We the People have been deliberately enshrouded in poisonous mist for so long now that younger members of our tribe, even though they may sense the injustice, absurdity and counter-productive nature of the policies under which we've been forced to labor, cannot see the Big Picture as we, who've experoenced better times, most certainly can.

"Once fully enslaved, no nation, state, city of this earth, ever afterward resumes its liberty."

"The ultimate result of shielding men from the effects of folly is to fill the world with fools."

It would never be my pleasure to be able to say, “I told you so.”
Posted by FreeThinke at 11:00 AM