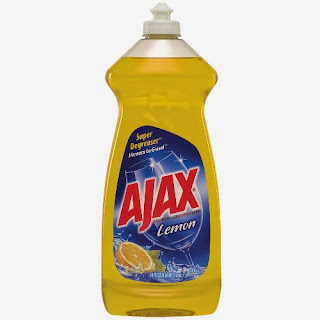 This is a story about something trivial. I tell it only because it indicates a cheese paring stinginess and cupidity in Industry today that exemplifies a dearth of good sense and basic decency in every strata of society.

Believe it or not, I’m talking about dishwashing detergent –– or rather the packaging thereof.

I’m a bit stingy myself, but I prefer to call it thrifty. I like to save a buck whenever I can on the purchase of basic necessities, and I abhor waste. So, naturally I gravitate towards places like The Dollar Tree where every item in the store is a dollar –– no more –– no less. If you know what you’re doing, you can save a good deal buying there. If you don’t, you can wind up spending a dollar on something isn’t worth 10¢. That’s how they make their money.

They depend on a large segment of the population who “Don’t Know Shit from Shinola,” are proud of their ignorance, and have no desire to learn anything new, to continue happily to waste their money on out-and-out junk.

You might want to all that “wicked,” but I prefer to call it “stupid,” and leave it at that. There is no cure for stupidity, and it could never be legislated away.

What has me in a lather right now is the sudden change in the way dishwashing detergent is now bottled. Up until recently, you could unscrew the cap, add a little hot water to the contents stuck at the bottom of  the bottle, and get enough suds to wash three or four more loads of dishes. It gave my thrifty nature a nice glow of satisfaction to be able to say I had used every last drop of the product before throwing the container away.

Well, guess what “they” must have read my mind,  rubbed their hands together, chuckled demonically in unholy glee, and said to themselves, “We’ll fix THAT fellow. He won’t get the better of US anymore.”

And so they made the CAP stationary, and replaced the neat little pull out nipple with a cheesy plastic flap. The RESULT? We now are forced to WASTE that small-but-significant amount of the product.

Such cheese-paring practices not only frustrate and annoy canny consumers like me, when multiplied by the millions they also further damage the ecology by adding significantly to the toxic chemical waste that alarmists are always telling us will eventually make the earth unfit for human habitation.

A small wickedness like this might be nothing more than a trifling annoyance if it only bothered me, but once you realize it literally affects millions, I think it’s worth fussing about.