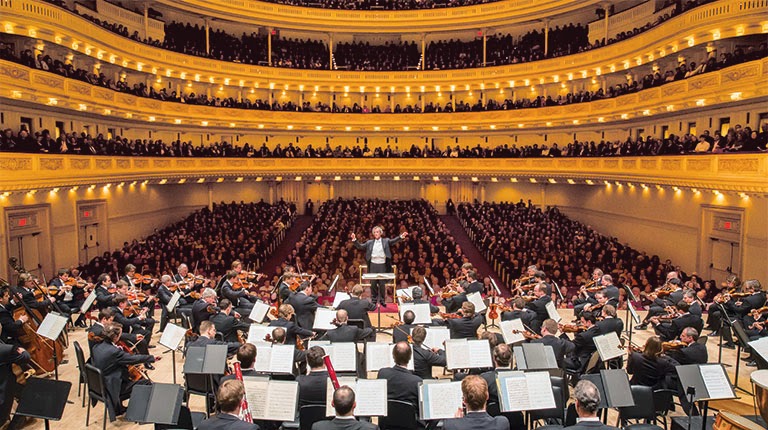 New York (AFP) - A debut at Carnegie Hall meant to showcase a young composer was abruptly canceled after management realized it featured a snippet of a Nazi German anthem.

The New York Youth Symphony was set to premiere the orchestral work on Sunday at the prestigious concert hall but the orchestra's management removed it, saying that such an explosive musical reference required a longer conversation.
No one has suggested any Nazi sympathy by composer Jonas Tarm, a 21-year-old Estonian American, who intended for the work to deplore war including recent bloodshed in Ukraine.
But the controversy raised a broader question -- how explicitly do artists need to state that allusions to history's darkest chapters are meant to condemn rather than condone?
The New York Youth Symphony, which recognizes performers and composers under age 22, said Tarm only informed the management last week that his piece included 45 seconds of "Horst-Wessel-Lied," one of the Nazis' main anthems which is banned in modern Germany and Austria.
The symphony said that the nine-minute piece could have been "an important teaching moment for our students" but that Tarm refused to lay out his reasons for using "Horst-Wessel-Lied."
"Without this information, and given the lack of transparency and lack of parental consent to engage with this music, we could not continue to feature his work on the program," the symphony said in a statement.
"We believe deeply in a free creative process. But along with freedom comes responsibility, even more so when young people are involved," it said.

Tarm had entitled his work "Marsh u Nebuttya," which is Ukrainian for "March to Oblivion," and it also incorporated the anthem of Soviet-ruled Ukraine.
He initially explained his work only with a dedication in the program "to the victims of hunger and fire" and an excerpt from T.S. Eliot's post-World War I poem "The Hollow Men."
"Between the conception and the creation / Between the emotion and the response / Falls the Shadow," runs the verse from Eliot, who is often considered the premier 20th century English-language poet but also faced accusations of anti-Semitism.

- Music speaks for itself? -

After the cancelation, Tarm spoke more at length, saying he was "disappointed and confused" by the rejection of a piece "not meant to provoke, but to evoke."
The piece "is devoted to the victims who have suffered from cruelty and hatred of war, totalitarianism, polarizing nationalism -- in the past and today," he said in a statement.
"The old joke about how do you get to Carnegie Hall -- you practice. Apparently, you also have to self-censor. I'm disappointed that this work will no longer have the ability to speak for itself," he said.
Tarm, who is studying at the New England Conservatory in Boston, said that the orchestra had been practicing the piece for weeks without any complaints.
The controversy has echoes of a furor last year at the Metropolitan Opera which staged John Adams' "The Death of Klinghoffer," about the wheelchair-bound Jewish American Leon Klinghoffer who was killed by Palestinian hijackers of a cruise ship in 1985.
Protesters rallied outside and several disrupted performances in part because Palestinian characters in the opera make anti-Semitic remarks as Adams tries to set the context for the killing.
Ken Jacobson, deputy national director of the Anti-Defamation League, which fights anti-Semitism and racism, said that he could not judge the canceled Carnegie Hall piece without listening to it but urged reflection before banning artwork that cites offensive material.
"I assume that the New York Youth Symphony did what it did out of good motives. But I would also say that in works of art, one has to be thoughtful and careful before one wants to censor," he told AFP.
The orchestra went ahead Sunday with a performance that featured rising violinist Elena Urioste, who performed Beethoven's Violin Concerto and Nikolai Rimsky-Korsakov's "Scheherazade." 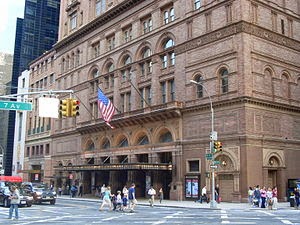