NOTE:
You will not find commentary on Ebola or any other issue of this high a quality on screeching, roaring Marxian-Leftist-Progressive-Liberal-Demcratic blogs which devote themselves strictly to spewing sarcastic denunciations, fabrications, and vitriolic distortions aimed at Conservative and Libertarians. Ms. Noonan is and always has been a perfect lady.

The Travel Ban
And the New Czar 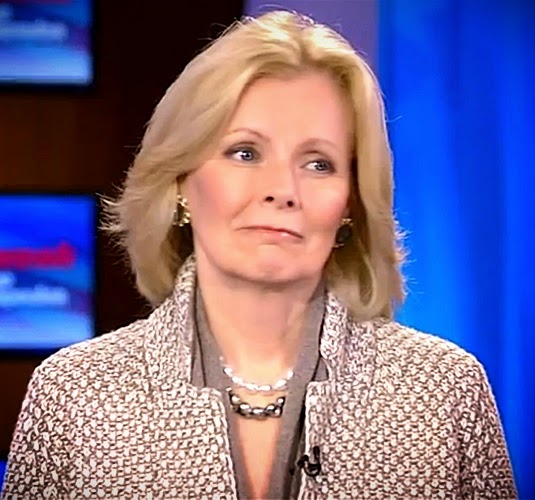 
Saturday morning I was thinking of Pascal ... He had a mordant observation about the physicians of his time. Doctors in those days dressed fancy—long robes, tall hats. From memory: Why do doctors wear tall hats? Because they can’t cure you.
Why do public health officials speak in public as they do, with the plonking bureaucratic phrases and the air of windy evasion? Because they can’t cure you. Because they don’t really know what they’re doing. I think they are reassured by their voices, like children who wake up from a nightmare and say in the darkness, “That’s not true.”

In his Saturday radio address, the subject of which was Ebola, the president warned the public against “hysteria.”
Again, the public isn’t hysterical but concerned. One reason is that they have witnessed a series of bad decisions by the government and its institutions. Another is that they know there’s no one to trust in this crisis, no official person who is in charge and seems equal to the task.
A third component of public anxiety has to do with what normal people can see and imagine, which they have a sense the government isn’t capable of seeing and imagining.
What normal people can see and imagine is that three Ebola cases have severely stressed the system. Washington is scrambling, the Centers for Disease Control is embarrassed, local hospitals are rushing to learn protocols and get in all necessary equipment. Nurses groups and unions have been enraged, the public alarmed—and all this after only three cases.
What would it look like if there were 300? That is not a big number in a nation of over 300 million. Yet it would leave the system hyperstressed, and hyperstressed things break down.
How many people and professionals have been involved in the treatment, transport, tracking, monitoring, isolation and public-information aspects of the three people who became ill? Again, what if it were 300—could we fully track, treat and handle all those cases? If scores of people begin over the next few weeks going to hospital emergency rooms with Ebola, how many of their doctors, nurses, orderlies, office staffers, communications workers and technicians would continue to report to their jobs? All of them at first, then most of them. But as things became more ragged, pressured and dangerous, would they continue?
This is why people are concerned. They can imagine how all this could turn south so fast, with only a few hundred cases. This is why the White House claims that we will not have a widespread breakout is fatuous: Even a limited breakout would take us into uncharted territory.
The only thing that will calm the public is competence. Until they see it, warnings about hysteria will be experienced as patronizing and deeply self-serving.

On the subject of a travel ban, the administration and those media members who function as its allies have produced a number of airy statements and sentiments. All of it feels like deliberate obfuscation and confusing of issues.
We have experienced Ebola in the United States because a Liberian citizen carrying the illness came here on a plane. That is why two of his nurses, so far, have gotten sick, and why scores of people are being tracked.
In order to enter the United States, Thomas Eric Duncan had to apply for a U.S. visitor visa. He did so, saying he wished to travel to Texas to attend his son’s high-school graduation. Mr. Duncan was granted a visa and flew from Monrovia to Brussels to Dulles to Dallas.
The question is whether the U.S. should, for now, ban the issuance of visas to citizens of the three West African nations where the illness is known to exist. That is what a travel ban would be.
Those opposed to it have taken to noting that there are no or very few direct flights from the affected nations to the U.S., and that citizens from the affected states can fly to other nations first, and then connect to the U.S.
That has nothing to do with the question of a ban. Direct versus indirect flights don’t matter because airplanes don’t catch and die of Ebola, people do. No matter how you get to the U.S. from the affected regions, to get in legally you need a visa.
There is the charge that a travel ban would isolate the three nations. But why “isolate?” First, we are only talking about U.S. travel; we are talking about keeping citizens of the affected nations from entering the US. Help can and would continue to go into those nations. Charter planes certainly could and would go in. Other airlines might too. Health workers would continue to go in, as would supplies of all sorts.
On returning from the nations in question, U.S. citizens and others would presumably have to be placed under quarantine. But health-care volunteers, of all people, wouldn’t let that stop them.
The president, in his Saturday address, argued against a ban: “Trying to seal off an entire region of the world—if that were even possible—could actually make the situation worse.”
Well, no one has called for trying to “seal off” anything, not to mention “an entire region of the world.” This is just the president trying to paint those who oppose him as frightened and delusional.
And how would a ban make the situation worse? The president: “It would make it harder to move health workers and supplies back and forth.” But again, how? Why? Health-care workers would continue to go in.
“Experience shows that it could also cause people in the affected region to change their travel, to evade screening, and make the disease even harder to track.” This appears to be wordage in pursuit of a thought. If citizens of the three nations need a visa to come here, and are not given those visas, exactly what does the president think they will do to harm themselves, their countries, or us? Duncan himself, in fact, evaded screening even with a visa: He failed to self-report having been near Ebola when asked about it at the Monrovia airport.
Nor will the new screening at U.S. airports prove an adequate replacement for a ban. Those carrying the virus who show no symptoms will breeze through, as Duncan did.
What will help keep people with Ebola from entering the U.S. is denying U.S. travel visas to those from the affected countries.
Some critics, finally, say that a ban won’t work 100%. Let’s posit that. But if it works 78%, or 32%, isn’t it worth it?
The burden is on those who oppose a ban to make a hard, factual, coherent and concrete case. It is telling that so far they have not been able to.

On the appointment of Ron Klain as the president’s so-called Ebola Czar, much is made of his lack of medical or scientific background. I’m not sure that’s important.
More significant is that Klain is a longtime, hard-line Democratic Party operative who is known more for spin and debate prep than high-level management. That suggests the White House sees the Ebola crisis as foremost a political messaging problem. The president certainly seems unafraid of appearing to see the problem as a political messaging one. Obama's primary focus when choosing Klain looks self-indulgent: “Whom do I trust and like to work with?” as opposed to “What does the public require and the situation demand?”
Ebola is going to prove spin-resistant: In fact, the more you spin down the deeper you’re going to get in the hole.
A problem with the Klain appointment is that he does not have natural commanding presence and public authority. The administration blew its initial handling of the crisis. What is needed is a Gen. Schwarzkopf sort of figure who could stand there at the morning briefing and tell you what’s happening and you know he’s telling it to you true. A straight-shooting retired general or admiral, or a civilian—an independent CEO with a public reputation, someone known for getting things done, someone with his own lines of communication to the media and political class. A Mike Bloomberg—someone who doesn’t need you, who can walk away from the job if he doesn’t get the tools and is feared inside because he can walk.
Someone who is not only bigger than Ron Klain but bigger than Barack Obama.
Instead, the president appointed a political mover and partisan operator who was played in a movie by Kevin Spacey.
Why does that seem such a consequential mistake?

Posted by FreeThinke at 4:35 AM