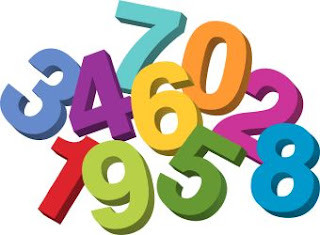 Language may shape human thought - suggests a counting study in a Brazilian tribe whose language does not define numbers above two.
Hunter-gatherers from the Pirahã tribe, whose language only contains words for the numbers one and two, were unable to reliably tell the difference between four objects placed in a row and five in the same configuration, revealed the study.
Experts agree that the startling result provides the strongest support yet for the controversial hypothesis that the language available to humans defines our thoughts. So-called "linguistic determinism" was first proposed in 1950 but has been hotly debated ever since.
"It is a very surprising and very important result," says Lisa Feigenson, a developmental psychologist at Johns Hopkins University in Baltimore, Maryland, US, who has tested babies' abilities to distinguish between different numerical quantities. "Whether language actually allows you to have new thoughts is a very controversial issue."
Peter Gordon, the psychologist at Columbia University in New York City who carried out the experiment, does not claim that his finding holds for all kinds of thought. "There are certainly things that we can think about that we cannot talk about. But for numbers I have shown that a limitation in language affects cognition," he says.

The language, Pirahã, is known as a "one, two, many" language because it only contains words for "one" and "two"-for all other numbers, a single word for "many" is used. "There are not really occasions in their daily lives where the Pirahã need to count," explains Gordon.
In order to test if this prevented members of the tribe from perceiving higher numbers, Gordon set seven Pirahã a variety of tasks. In the simplest, he sat opposite an individual and laid out a random number of familiar objects, including batteries, sticks and nuts, in a row. The Pirahã were supposed to respond by laying out the same number of objects from their own pile.
For one, two and three objects, members of the tribe consistently matched Gordon's pile correctly. But for four and five and up to ten, they could only match it approximately, deviating more from the correct number as the row got longer.
The Pirahã also failed to remember whether a box they had been shown seconds ago had four or five fish drawn on the top. When Gordon's colleagues tapped on the floor three times, the Pirahã were able to imitate this precisely, but failed to mimic strings of four or five taps.
Babies and animals
Gordon says this is the first convincing evidence that a language lacking words for certain concepts could actually prevent speakers of the language from understanding those concepts.
Previous experiments show that while babies and intelligent animals, such as rats, pigeons and monkeys, are capable of precisely counting small quantities, they can only approximately distinguish between clusters consisting of larger numbers. However, in these studies it was unclear whether an inability to articulate numbers was the reason for this.
The Pirahã results provide a much stronger case for linguistic determinism, says Gordon, because, aside from their language, they are otherwise similar to other adult humans, whereas there are many more factors that separate babies and animals from adult humans.
However, scientists are far from a consensus. Feigenson points out that there could be other reasons, aside from pure language, why the Pirahã could not distinguish accurately for higher numbers including not being used to dealing with large numbers or set such tasks.
"The question remains highly controversial," says psychologist Randy Gallistel of Rutgers University in Piscataway, New Jersey. "But this work will spark a great deal of discussion."
Journal reference: Science Express (19 August 2004/ Page 1/ 10.1126/science.1094492)

What inferences, opinions, or possible conclusions might this –– I think provocative –– article suggest to you?

Posted by FreeThinke at 8:52 AM