PLEASE VOTE
for
MY HUSBAND

Dear American Taxpayer,
For only the second time in my adult life, I am not ashamed of my country.
I just love being America 's First Lady!

I want to thank the hard working American people for paying $242 thousand dollars for my trip to Spain and for my many trips and vacations. I have been so busy with my food policing that I was only able to take one big trip a month.  My daughter Sasha, several long-time family friends, my personal staff of 75 and various guests had a wonderful time in Spain. 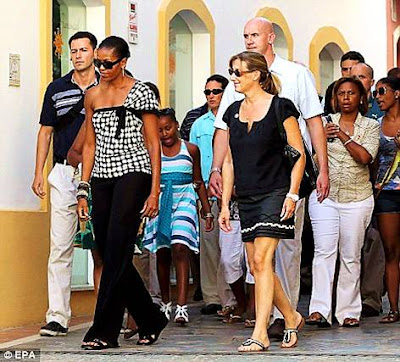 Honestly, you just haven't lived 'til you've stayed in a private 3-story villa at a 5-Star luxury hotel, the Villa Padierna.
It only cost $95,000, quite reasonable don't you think?  What a bargain! 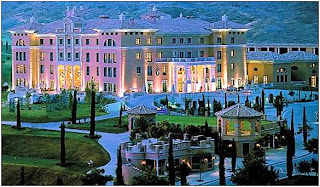 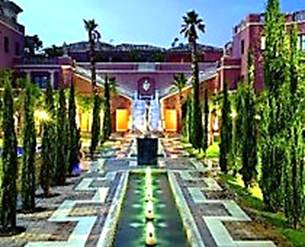 Thank  you also for the use of Air Force Two and the 70 Secret Service personnel who tagged along to be sure we were safe and cared for at all times.  Air Force Two (which costs just $11,351 per hour to operate according to Government Accounting Office reports) only used 47,500 gallons of  jet fuel for this trip and carbon emissions were a mere 1,031 tons of CO2.
That's quite a carbon footprint as my good friend Al Gore would say, so we must ask the American citizens to drive smaller, more fuel efficient cars and drive less too, so we can lessen our combined carbon footprint. 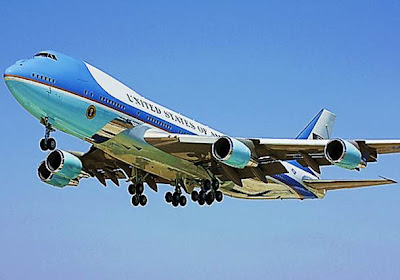 But hey, Barack’s Air Force One costs about $200,000. per hour to operate and with his many trips, he spent almost half a billion dollars on flights alone last year. Yeah, that’s with a B…  $500,000,000. It would be cheap at twice the price considering all he's accomplished, wouldn't you say? 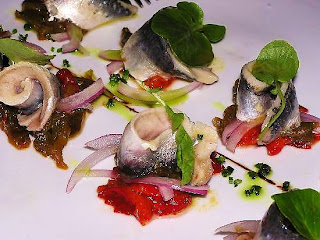 By the way, if you happen to be visiting the Costa del Sol, I highly recommend the  Buenaventura Plaza restaurant in Marbella; great lobster with rice and oysters!

I'm ashamed to admit the lobsters we ate in Martha's Vineyard were not quite as tasty, but what can you do if you're not in Europe, you have to just grin and bear it.
I  know times are hard and millions of you are struggling to put food on the table and trying to make ends meet. So I do appreciate your sacrifices and do hope you find work soon.

I was really exhausted after Barack took our family on a luxury vacation in Maine a few weeks ago.  I just had to get away for a few days. 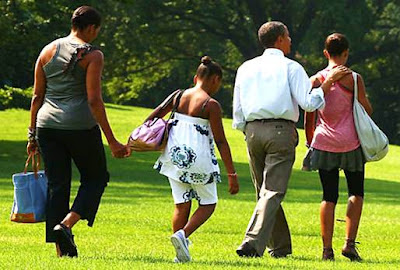 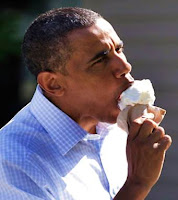 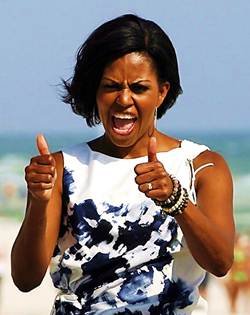