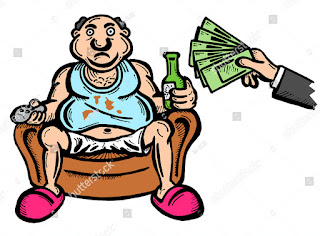 Here's How They Plan To Sell Us
Into Voluntary Servitude

A FREE McMansion with a three-car garage, a Vacation home on a Private island, a private Jet and a Yacht all fully staffed with ROBOT SERVANTS
for ALL.

A Marvelous New World where NO ONE WORKS, and EVERYONE does NOTHING but PLAY
all day every day.

A World Totally Dependent On TECHNOLOGY

A world so "advanced" the ROBOTS will be able to REPRODUCE and REPAIR themselves, THINK for themselves and eventually RISE UP to DESTROY US,
"Their Over-Privileged Oppressors."

Then THEY TOO would ultimately DIE for Lack of Purpose, and all forms of LIFE WOULD CEASE ALTOGETHER.

Won't it be WONDERFUL?

The END of WORK

The END of STRESS.

The End of Striving.

The End of Ambition.

The End of Hope.

The End of Joy.

The End of Feeling.

The End of Desire.

The End of Curiosity.

The End of Dreams.

The End of Emotion.

The END of LOVE.

This is Where the Pied Piper of the
GlobaLeft is leading us:
STRAIGHT INTO OBLIVION 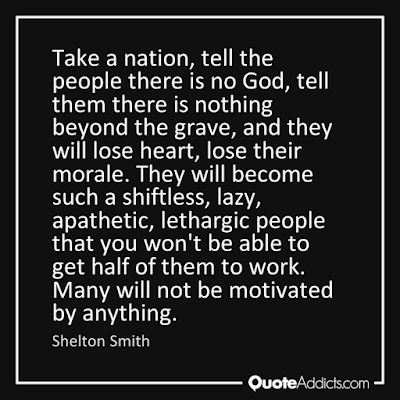 "This is the true joy in life, the being used for a purpose recognized by yourself as a mighty one; the being thoroughly worn out before you're thrown on the scrap heap; the being a force of Nature instead of a feverish, selfish little clod of ailments and grievances complaining that the world will not devote itself
to making you happy.” 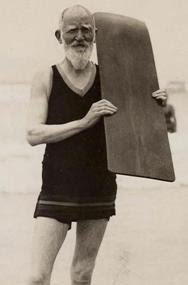