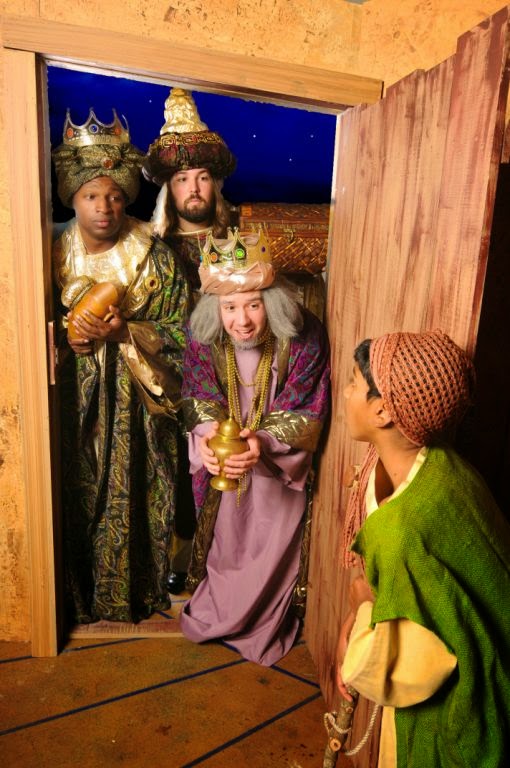 Small in stature with a withered leg
The little boy lived meagerly in pain.
His mother with fierce tenderness adored him,
Yet grieved she hadn’t very much to give, ––
Or so she thought, –– but she was wrong.
She’d given him her love. It was enough
To give the boy a sense of joy in wonder,
An open-hearted eagerness to share,
And better yet, desire for adventure.

The strangers came the night that eerie light
Gave the sky queer brightness like the day,
Yet cool like polished silver tinged with blue ––
Unearthly, strange, yet oddly comforting.
Splendid they were in richly woven garb ––
Material shot through with gold –– imposing ––
Three men, one tall and thin, one black, one rounded ––
Bearded, turbaned, redolent of musk.
Each with a casket carven and bejewelled.

The house they stood before –– only a hut ––
A place of meager hospitality
At best –– yet there they knocked, and asked for lodging.
The mother, when she saw them, was aghast.
To her the strangers might as well have been
Members of a species not her own.
Dumbfounded, she could barely find her voice.
The little boy felt no constraint, however.
So powerful was his curiosity

He took his crutch and hobbled to the door.
The tall thin man looked down at him and smiled
More with his eyes than with his lips, which were
Covered largely by his great mustache.
“It’s quite all right, dear mother,” cried the lad.
“Can’t you see how tired they must be?
“Pray come in, good sirs, and warm yourselves.
“We haven’t much to give you, only porridge,
“And just the floor to sleep on, but it’s clean.”

The mother, anxious, found her voice at last.
“Please forgive my boy, he is so young.”
“Indeed,” the round one nodded, “but so kind,
“I see you’ve taught him very well, indeed.”
The black man added in a high-pitched voice,
“We’re glad to see he has no fear of us,
“We’re much in need of lodging for the night.”
“Of course,” the woman said,” please do come in,
“I’ll add a few more sticks to aid the fire.”

Outside, the camel bells then softly jingling
Accompanied the crackling of the blaze.
The splendor of the visitors’ attire,
Their richly carven, jewel-studded boxes
Aroused the woman’s curiosity.
“Those boxes must be filled with gold,” she thought,
Enviously with longing we must add,
For though she loved her crippled little boy
Finding ways to care for him was hard.

“I wonder if they know what it is like,
For poor folk such as we?” in bitterness
She asked herself. The caskets looked so tempting.
Surely if she softly crept toward one ––
And maybe took a coin –– they’d never know ––
They’d be asleep, and her need was so great.
But suddenly the brightness from outside
Entering through the window stayed her hand.
The tall one stirred, as if he’d guessed her thoughts. 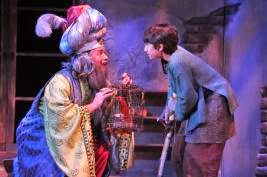 “We shall not leave you empty-handed, woman,
“‘Twould not be right not to return your kindness,
“But we would like the boy to come with us,
“For we are on our way to Bethlehem
“To pay homage to a Child soon to be born,
“For he will be the King of Kings, it’s said ––
“A Child whom we are told could save the world.
“‘Tis possible this Child might heal the boy,
“And then we could return him to you whole.”

The mother was afraid, and filled with doubt,
But then the little boy who’d heard it all,
Hobbled toward the woman with great speed,
And pleaded with her please to let him go.
He knew these regal strangers meant no harm,
And in his innocence believed their tale.
And in the way of children saw no reason
Why his mother should have any doubt
That at its worst he had nothing to lose.

Dawn arrived and spread dark purple light
Across the vast expanse of rippled sand
Warming gradually as purple turned
To violet, then magenta, then to crimson,
And on to glowing rose decked out in gold.
The camels woke, the jingling of the bells
Was heard again. The mother stirred the pot
Silently as her guests prepared to leave.
After they had eaten, the black man

Removed a ruby ring from his dark hand,
And solemnly presented it to her
“A token of our gratitude,” he said.
The round man looked bemused, then gently asked,
“The boy, good woman, may he come with us?”
“We’ll keep him safe,” the tall one promised her
A kindly twinkle in his eye transformed
His long and bony countenance which had
Before appeared judgmental and austere.

She then saw what the boy had seen at first,
And this dissolved her lingering doubts at last.
The little fellow fairly leapt for joy,
Which almost made him fall, but then the hands
Of each of his new friends reached out to help
And kept him upright feeling confident ––
As though the whole world now was on his side.
The mother wiped away her tears, and kissed him.
Looking at the men beseechingly,
But dared not ask the question all three knew
Was on her lips, and so they kindly answered.
“Have no fear, dear soul, we shall return.
“Our hope is that this boy will then be healed,”
The round man said. The others simply nodded.
She had no idea why, but she believed them,
And waved her son goodbye almost with joy
As the strange men put her boy atop a camel,
Then started on the road to Bethlehem. 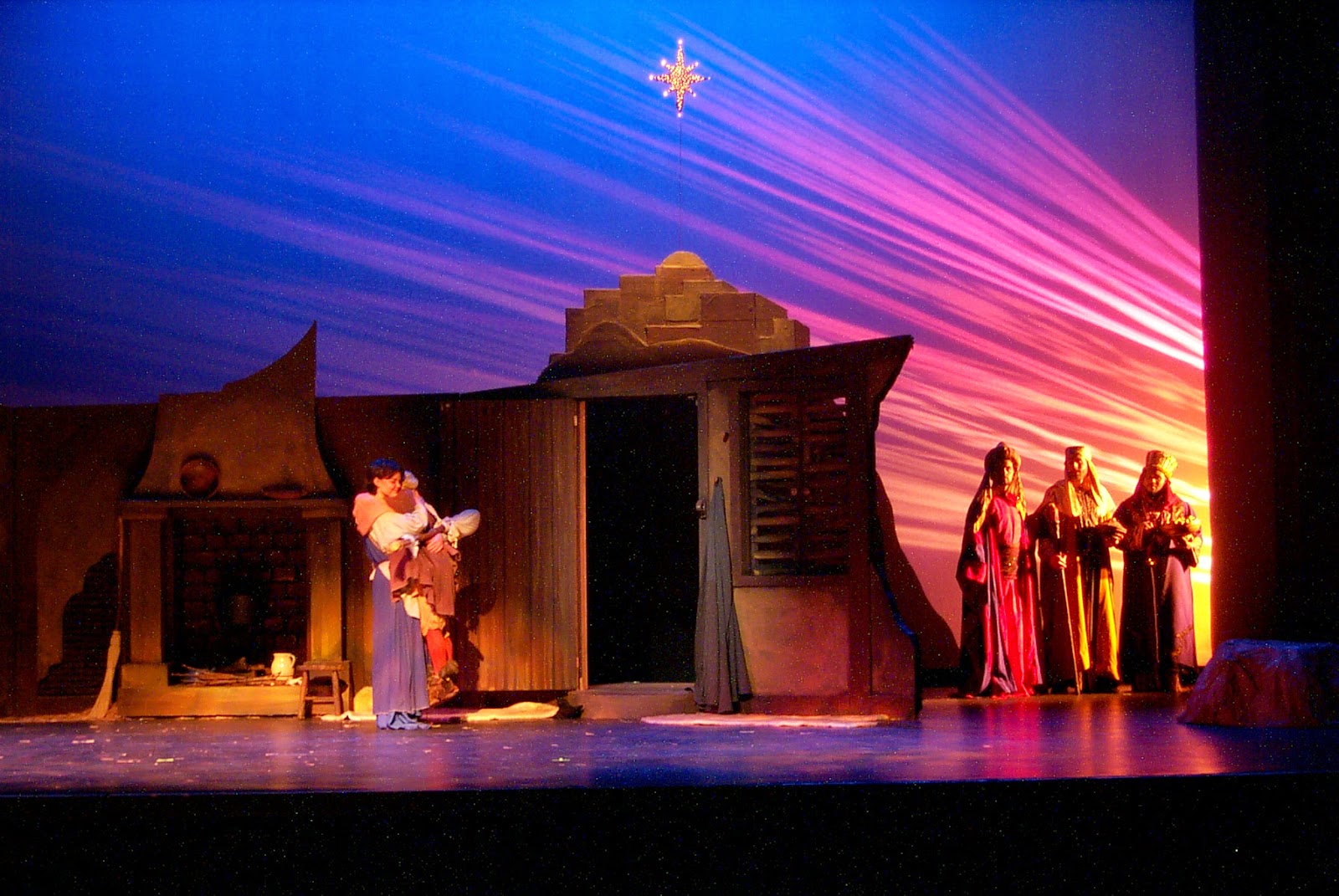 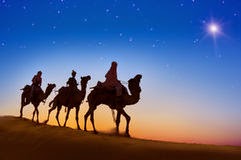