On the Shore of Lake Huron Near Mackinac Island
...||| NOT TRUE |||...
The images are real, but they were taken in Antarctica by astrophysicist Tony Travouillon with TMT/Caltech, who published a series of amazing photos on his website.
Thanks to Jez, who asked if these were not in fact pictures of Antarctica 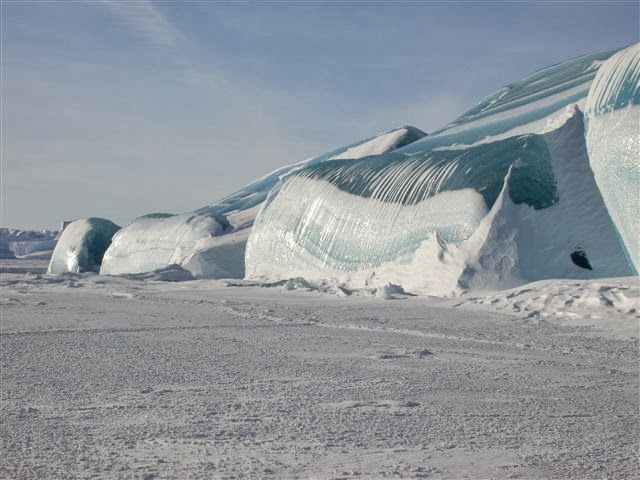 Michigan is having her coldest winter in decades 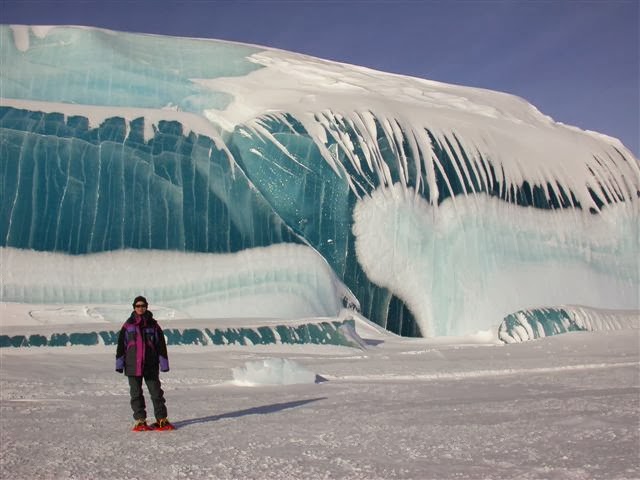 Water expands when it freezes, and at Macinaw City the water in Lake Huron below the surface ice was supercooled. It expanded to break through the surface ice and created this formidable wave. This phenomenon occurs regularly in Antarctica, but in Michigan? 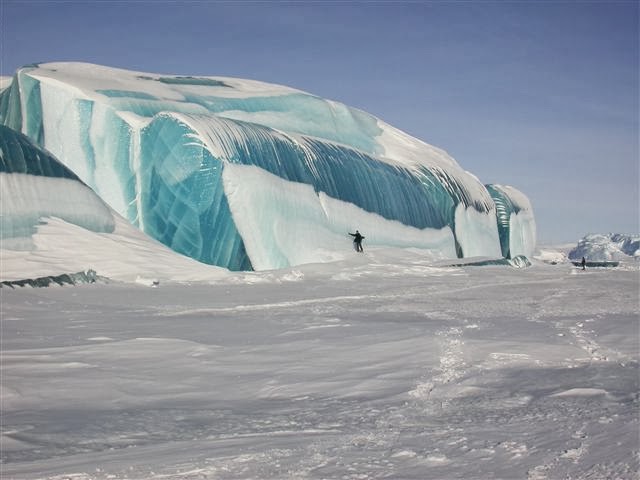 Yes, there could be no greater proof than this
that GLOBAL WARMING poses the biggest threat
to the continued survival of human existence.

WE APOLOGIZE FOR PASSING ON AN EMAIL HOAX. IT SEEMED ENTIRELY PLAUSIBLE, HOWEVER, GIVEN THAT NIAGARA FALLS HAS "FROZEN SOLID" IN THE PAST.

Snopes and the other verification services seem eager to quibble about the exact dates of the photographs circulated, and are quick to say the falls have never really frozen SOLID –– meaning that the Niagara River has never stopped flowing entirely, and that there has ALWAYS been motion in the falls, even though it be reduced to a tiny trickle –– behind a FIFTY-FOOT THICK facade of solid ice. If the promoters of Myths and Urban Legends slant their material to serve an “agenda,” so do the “verification services” all of whom seem firmly seated on the left of every disputed item with political implications.

We despise out-and-out lies, but we also hold distortions of the truth and slanted, nit-picking, agenda-driven reportage in equally low esteem. - FT

Posted by FreeThinke at 2:11 PM