To This We've Come! 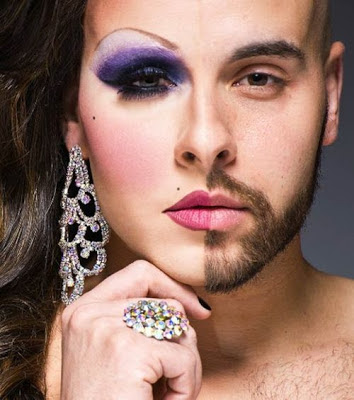 Careful writers avoid language that would universalize one element of humanity to the exclusion of others. When you are writing about people in general, many of your professors will expect you to use “inclusive” or “nonsexist” language, that is, gender neutral language.

The need for inclusive language arises because according to widely accepted norms of current usage, masculine pronouns no longer communicate a generic sense of “anyone.” Indeed, many people find such usage not only inaccurate but offensive. As a matter of courtesy, you would be wise to search for alternatives that are inclusive or gender neutral. For example, avoid “man” or “men” when you mean “human being(s),” “humankind,” or “people.”

There are no simple formulas for inclusive language, but a basic rule of thumb says it is wise to avoid distracting readers with either a gender specific term that may be offensive or an awkward inclusive phrases such as “him or her” or “she/he.”

One easy approach is to use plural forms, such as “people” instead of “man,” or “students” instead of “the student.” Then you can use “they” on second reference and avoid the gender issue. However, when you use “they,” take care to avoid mismatching your pronouns. Some readers object strongly to plural pronouns with singular antecedents, as in this grammatically incorrect sentence: “Each professor decides their own reading lists.”

A related strategy is to keep the text free of terms that unnecessarily specify gender. To do this, you might try reorganizing a sentence so that the question of gender does not arise. For example, consider neutral alternatives to gender-specific terms, such as “police officers” instead of “policemen,” or “members of Congress” for “Congressmen.” However, beware of silly neologisms such as “personhole covers.”

Additional options and much more advice on this matter are available online:

• Guidelines for Gender-Fair Use of Language, from the National Council of Teachers of English
• Nonsexist Language, from Purdue University's Online Writing Center
• Guidelines for the Elimination of Sexual Stereotyping in Language and Visual Material, from the Web site of the Royal Canadian Mounted Police
And in these two well-respected handbooks:
• Guidelines for Bias-Free Writing (1995) by Marilyn Schwartz and the Task Force on Bias-Free Language of the Association of American University Presses, available in Raynor Reference
• Handbook of Nonsexist Writing for Writers, Editors, and Speakers (1988) by Casey Miller and