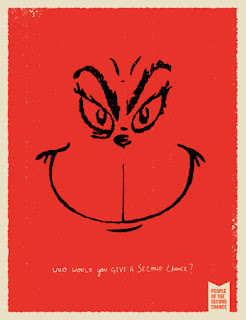 
[EDITOR'S NOTE: I'd be interested in readers' impressions of the style in which this piece is written as much or more than its content. How does the author's approach strike you? I'll be frank. I think it's a little "off." There's something about it that seems inappropriate –– not in keeping with the author's reasoning –– almost as if he were mocking the very things he claims to be defending. Do you sense that too, or am I way off base? ~ FreeThinke]

Why do some atheists embarrass themselves year after year trying to eradicate Christmas from American culture? Why do they make themselves societal hemorrhoids during this hallowed season? Is it because they are crusaders for equality, secularism’s saviors and humanism’s heroes? I’m sure that’s what they tell themselves when they’re pouting on their couches all alone on Christmas Eve after every single one of their friends has dumped them for being a rabid jackass.

I believe, however, — and I could be wrong — that the reason some rage against the machine is that they hate God and love their sin, and bringing up Jesus in December is not the way they wanted to finish off the year. Indeed, Christ really rains on their parade … and they love their parade.

Christmas, if you really get down to the brass tacks of it, isn’t about reindeer, elves, iPhones or Lindsay Lohan punching a gypsy, but about mankind’s sin problem and what God did to remedy it by sending His Son.

I know the chief facet most people focus on regarding Christ’s birth has been the peace on earth and good will toward men stuff, but if you dig around in the gospels a tad you’ll quickly see that the “peace on earth” thing is an ancillary perk to the main reason the second person of the godhead donned an earth suit and decided to hang out with us dunderheads. The core cause that necessitated Jesus’ incarnation was our jacked up carnality. Yep, Hambone, it was our sin. There, I said it. Sin. Yours, mine and ours.

Transgression was the reason for the season.

This is why El Diablo didn’t pass out cigars at Jesus’ birth. Happy he was not that the Son was not only going to address our sins but He was going to eternally and temporally salvage those who believe from sin’s fetid effects. This is why slewfoot energized Herod to put a hit out on the Nazarene when He was a wee little baby and why Satan’s demon inspired ilk are anti-Christmas to this day. Jesus’ birth equated to Satan’s demise.

This is not good news to some, though. Indeed, many atheists are up front about it and don’t want to leave their wantonness. As Jesus Himself said, they prefer darkness to light and don’t like to be reminded of their personal accountability for their sin — and thus their need for salvation — and therefore we should not expect them to be stoked about Jesus’ birthday party.

This is easy math, folks: A person who has no remorse and thus no desire to repent from their sins is probably not going to be a big advocate for the celebration of the person who reminds them they’re wrong and calls them to repent and believe.

Call me goofy, but I’m forever grateful for Jesus’ birth, His attesting miracles, His sacrificial death, burial and resurrection. While most atheists this Christmas will be drinking to forget, I will, as Martin Luther said, drink to remember the One who was and is and is to come.

Doug Giles is the Big Dawg at ClashDaily.com. Watch him on ClashTV. Follow him on Facebook and Twitter. And check out his NEW BOOK, Raising Boys Feminists Will Hate.

TOWNHALL DAILY: Sign up today and receive Townhall.com daily lineup delivered each morning to your inbox.
Posted by FreeThinke at 5:52 AM