LATEST REPORT
from
MR. BILL
on the
DAIS
in
NEW HAMPSHIRE 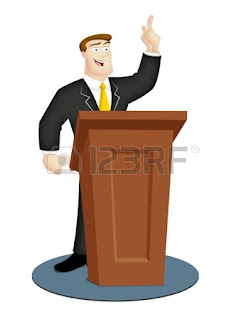 This past Presidential election finally forces Americans to confront the rampant corruption of our political parties.  What is the evidence?

On the Republican side of the equation, there is now evidence Republicans-In-Name-Only (RINOs) hired FusionGPS to perform “opposition research” to find (create) dirt on Donald Trump and other primary candidates in favor of the darling of the dynastic Elites - Jeb Bush.  When it didn’t work, the RINOs separated from FUSIONGPS.

The Democrats picked up the effort and spent millions in desperation. The Democrats took the fiction created by FUSIONGPS and enhanced it by buying more fake data from the Russians and using it as the basis for investigations by the FBI and wiretapping the Trump Campaign.  Once Hillary lost, Podesta and the Clintons strategized to use the fake accusation of "collusion" of the Trump Campaign with the Russians to both diminish Trump’s victory and obscure the many transgressions and potential crimes committed under the Obama Administration. They knew, the media, horrified by Trump’s election, would focus on it.

It’s been an open secret the Democrats don’t play by election law since they stole the 1960 election with fraudulent voting by dead people in Illinois.  During 2016, Project Veritas released undercover video of Democrat political operatives laughing about their tactics to insert illegal votes as they detailed how they did it since 1960.  In NH, last election, over 5,000 votes have been found to be cast by non-citizens of NH, proving the point.

Other Project Veritas videos showed how the DNC operatives trained citizens of all types to go to Trump rallies posing as Trump supporters to perpetrate violence which they then falsely attributed to the Trump Campaign.  These unscrupulous activities revealed on tape would normally cause a huge kerfuffle, however the Democrat supportive media attacked the actions of “illegal” undercover videos and never went into the real crimes revealed by the content of them.  In fact, most all of the potential illegal activity of the DNC, Obama, and Clinton have been only covered in passing, if at all.

It is alleged the murdered Seth Rich, a Bernie Sanders supporter working within the Democrat National Committee, was the leaker of the Podesta emails from the DNC to Wikileaks. These emails detailed how the primaries were rigged for Ms. Clinton and other corruption. Julian Assange won’t directly say it was Seth, however he posted a $20,000 reward for information about his murder.

The best example of corruption is the Uranium One scandal.  Unfolding now is this sale to Russia of 20% of our uranium reserves through bribery, kickbacks, extortion, money laundering and obfuscation.  Allegedly complicit stalling the investigation past the purchase approval were AG Eric Holder, FBI Director Robert Mueller, then US Attorney Rod Rosenstein, and other people now responsible to investigate the Trump Campaign in the Special Prosecutors office.  No illegal conflict there!

Because of the conviction of some of the perpetrators in 2015, there is no question of the illegality.  Let’s prosecute the potentially traitorous politicians responsible too.
Posted by FreeThinke at 12:00 AM