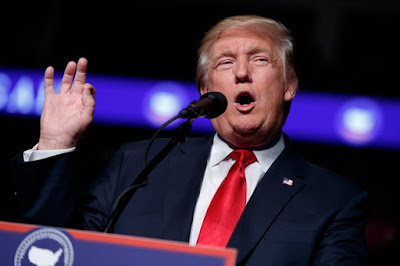 The Underreported Success
of the Trump Presidency

Something is afoot.   Even the circumspect Tucker Carlson has been warning how divided and close to losing it we are.   The left is full of “passionate intensity” (a euphemism), while many of us on the right are lacking conviction to fight for good.

However, there are a lot of positive moves coming from Washington, and it’s important that we highlight them, since the media won’t.  We have a gifted group in power, they are doing what is necessary to allow us to hold.   As conservatives, it’s important to understand what their accomplishments are, how they are helping, and do what we can in support.

While the Democrat/media complex tries to whip their base, and the country into a frenzy, this administration is putting good things in place.   First and foremost for our culture is the restoration of law and order.   That begins with giving the respect due to our law enforcement officials, which has been a hallmark of this administration.  The outrageous demonization of law enforcement by the previous administration is gone.  The ongoing praise of and cooperation with our police from Trump et al is not only refreshing, it’s going to have a long term positive effect.  Violent demonstrators are no longer being coddled (except in Berkeley), instead they are prosecuted.   Eventually, they won’t even get away with being lawless thugs in Berkeley.

The existing border laws are being enforced.  Illegal crossings are down 70%.  ICE agents have been reenergized, rounding up criminals and deporting them.   Bad guys are on notice.  Drug trafficking will slow.  MS-13 is being fought.  This is just the beginning.  The Attorney General is simply enforcing laws that exist.   With Trump’s resolve to control the borders, these border issues will get better, and become reasonably controlled.  If this is successful, the nation will be able to take a deep breath.  Genuine assimilation will have a chance to succeed.

Having been a GOP poll watcher in a Democrat precinct, I have witnessed the Democrat drive to encourage vote fraud.   Watching my Democrat counterpart demand that anyone be allowed to vote, regardless of identification, regardless of being on the precinct rolls, regardless of their legal status as citizens -- I knew this was a problem.  Trump was laughed at when he claimed that Hillary’s popular vote margin was due to vote fraud, yet having been up close and personal, I am certain that more than just a couple of percentage points of voter fraud has gone on many places for many years, including 2016.

We now have an administration that intends to do something to ensure vote fraud is curtailed.  A few may have complained before, but no member of the GOP has seriously challenged this crime.  The new executive order, along with the new investigative commission is long overdue.  It is certain they will allow states to clean up voter rolls, press for the common-sense demand that voters have proper ID, are US citizens, and vote only once.   Other ways to ensure a true vote will be recommended and put in place.  We can now be assured there will be less Democrat crime on this front; those who commit vote fraud will be fearful of real prosecution, and our precious franchise will see enhanced integrity.  This is an important issue, far more so than discussed.  It’s a great move for our country and it will change elections.

Another major push is for economic revitalization.  The administration’s proposed policies in this area are wonderful.  The response of American business to the Trump administration is a good indicator.  The undoing of so many bad regulations from prior administrations is one giant step, with more underway.  The unleashing of our energy resources and businesses has been a major win.  The first step in positive change to the failing Obamacare is a good sign.   If health care legislation, and economic reforms pass, we will be on an economic trajectory that will be exciting, one that will repudiate the failings of Obama’s policies, and we can be confident of another Reagan style recovery.

In foreign relations, nothing has been a bigger surprise than Team Trump’s many successes.  In spite of the media perception of disarray, the Trump team has put together a burgeoning alliance in the Middle East, one that includes Jordan, Saudi Arabia, Israel, Egypt and others.  This alliance will be key in dealing with the noxious mess left by the Obama/Clinton years.  When Iran tries to flex its might, we will need the repair that the Trump team is working on. 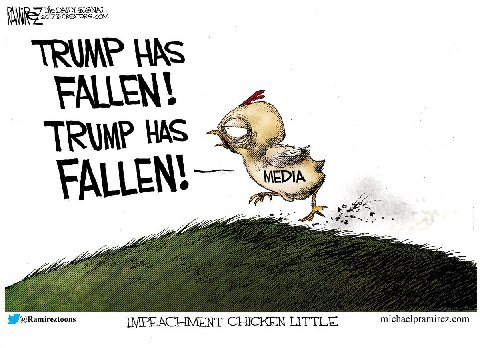 Likewise in Asia.  The disaster left us by the feckless Clinton/Albright deal with North Korea is being navigated well.  There is no easy fix to having been duped by a mad dictator into enabling his acquisititon of nuclear weapons.   Democrats can take solace that most people don’t know the degree of stupidity of their policies  with North Korea, and don’t yet grasp the elevl of peril. Trump’s clear skill in negotiating and forming relations with China’s premier was extraordinary.  That China is helping us with the Korean mess, perhaps for the first time, is a testament to Trump’s skills.

All of this as a reminder that there is much to be praised since the Trump administration took office.  The leftist media wants us to think all is horrible, every day being a constitutional crisis that will end the world, and it’s all Trump’s fault.  Truth be known, it’s the reverse.  Trump’s successes are finally beginning to overcome the awful years of the Obama/media collusion and their inept failures.   Failures in virtually everything they did.

These examples of unreported Trump team success are remarkable.  The country is changing direction.  In the face of almost total media opposition, the intransigence and destructive behavior of an entire political party, good things have been done, and better things are on the horizon.
This is why we supported Trump, this is why we voted for him and still support his administration whole heartedly.  America is reviving, be prepared to take part in this new American renaissance, because it’s coming.  Through the smog, haze, and ugliness of the Democrat/media complex, you can barely see it.  Nonetheless, it’s there; here it comes.