He was a man who came to show the way.
It never was for him an easy task.
Sadly, politicians of His day
Cruelly sought His death. They’d never ask
Revealing questions in pursuit of Truth.
Undermining good they sought to hold
Crookedly to Power. Their uncouth
Initiatives to godliness were cold.
Freedom from corruption causes fear
In those who by coercion seek to rule.
Xiphoid, ego kills what should endear,
Instead of letting Self die to renewal.
On tiptoe oft we creep and hold our breath,
Not challenging the ones who cause His death.

Cold He lay behind the heavy stone,
Hidden there with broken hands and feet.
Ruthless powers crushed His flesh and bone.
It looked to be the ultimate defeat.
Sadly, in the dawn Saint Mary’s three
Trudged toward the tomb wherein He lay.
Instead of death, an angel helped them see,
Startled, that the stone was rolled away!
A risen Jesus stood! He still drew breath!
Radiance around Him warmed the air.
In banks of lilies sweet we now see death
Stripped of terror. Life, eternal, fair,
Enjoins us all to claim His victory.
Naught could stop us save our vanity. 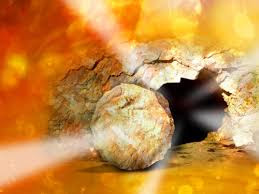 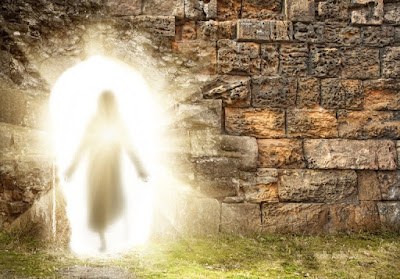 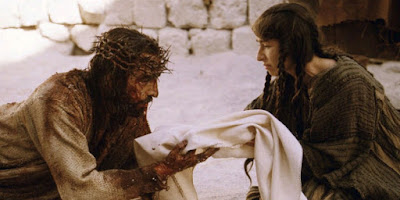 Happy Easter!!!
Posted by FreeThinke at 5:00 AM