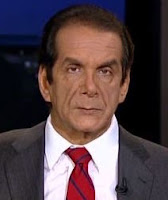 
Bernie Sanders never understood the epic quality of the Clinton scandals. In his first debate, he famously dismissed the email issue, it being beneath the dignity of a great revolutionary to deal in things so tawdry and straightforward.

Sanders failed to understand that Clinton scandals are sprawling, multi-layered, complex things. They defy time and space. They grow and burrow.
The central problem with Hillary Clinton’s emails was not the classified material. It wasn’t the headline-making charge by the FBI director of her extreme carelessness in handling it.

That’s a serious offense, to be sure, and could very well have been grounds for indictment. And it did damage her politically, exposing her sense of above-the-law entitlement and — in her dodges and prevarications, her parsing and evasions — demonstrating her arm’s-length relationship with the truth.

But it was always something of a sideshow. The real question wasn’t classification but: Why did she have a private server in the first place? She obviously lied about the purpose. It wasn’t convenience. It was concealment. What exactly was she hiding?

The State Department says it is reviewing nearly 15,000 previously undisclosed emails recovered as part of the FBI's now-closed investigation into Hillary Clinton’s handling of emails while Secretary of State.(AP)

Was this merely the prudent paranoia of someone who habitually walks the line of legality? After all, if she controls the server, she controls the evidence, and can destroy it — as she did 30,000 emails — at will.

But destroy what? Remember: She set up the system before even taking office. It’s clear what she wanted to protect from scrutiny: Clinton Foundation business.

The foundation is a massive family enterprise disguised as a charity, an opaque and elaborate mechanism for sucking money from the rich and the tyrannous to be channeled to Clinton Inc. Its purpose is to maintain the Clintons’ lifestyle (offices, travel, accommodations, etc.), secure profitable connections, produce favorable publicity and reliably employ a vast entourage of retainers, ready to serve today and at the coming Clinton Restoration.

To be sure, Bahrain, home of the U.S. Navy’s 5th Fleet, is an important Persian Gulf ally. Its crown prince shouldn’t have to go through a foundation — to which his government donated at least $50,000 — to get to the secretary. The fact that he did is telling.

Now, a further drip: The Associated Press found that more than half the private interests who were granted phone or personal contact with Secretary Clinton — 85 of 154 — were donors to the foundation. Total contributions? As much as $156 million.

Current Clinton response? There was no quid pro quo.

What a long way we’ve come. This is the very last line of defense. Yes, it’s obvious that access and influence were sold. But no one has demonstrated definitively that the donors received something tangible of value — a pipeline, a permit, a waiver, a favorable regulatory ruling — in exchange.

It’s hard to believe the Clinton folks would be stupid enough to commit something so blatant to writing. Nonetheless, there might be an email allusion to some such conversation. With thousands more emails to come, who knows what lies beneath.

On the face of it, it’s rather odd that a visible quid pro quo is the bright line for malfeasance. Anything short of that — the country is awash with political money that buys access — is deemed acceptable. As Donald Trump says of his own donation-giving days, “when I need something from them . . . I call them, they are there for me.” This is considered routine and unremarkable.

It’s not until a Rolex shows up on your wrist that you get indicted. Or you are found to have dangled a Senate appointment for cash. Then, like Rod Blagojevich, you go to jail. (He got 14 years.)

Yet we are hardly bothered by the routine practice of presidents rewarding big donors with cushy ambassadorships, appointments to portentous boards and invitations to state dinners.


The bright line seems to be outright bribery. Anything short of that is considered acceptable corruption — not just for the Clintons, but for everyone.  It’s a sorry standard. And right now it is Hillary Clinton’s saving grace.

Hillary Clinton’s Reaction to Her Foundation Scandal Is Disastrous

Stop the bleeding or else.

New revelations show a nation for
sale under Hillary Clinton

The truly frightening part comes
when we find out who owns us.

Was The Clinton Foundation Behind
Shady Middle Eastern Arms Deals?

Chances are it was. Wait for the smoking gun.