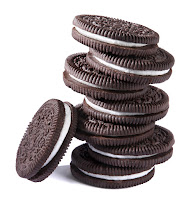 ALPHARETTA, Ga. – For anyone wondering what more than 5 tons of Oreo cookies looks like, ask the congregation of the Alpharetta First United Methodist Church.
With strong community support, Alpharetta First UMC collected 5.64 tons of Oreos for U.S. service members stationed in the Middle East. It was a record number for the church, which has conducted “Operation Oreo” every summer since 2009. This year’s goal was 4 tons of cookies, but a strong outpouring of support from local businesses, churches and individuals pushed the final cookie count well past the original target.
“The community and Alpharetta Methodist are to be applauded for their generous gift to the troops in the Middle East,” said Senior Pastor Dr. Don Martin. “These Oreos are a sweet and tangible sign of our love and support for the brave men and women who serve in a dangerous land. May God protect them until they come home to a grateful nation.” ...
Congregations at Chamblee, Roswell, North Springs, Mt. Pisgah, Bethelview, Cannon and Simpsonwood United Methodist Churches collected hundreds of packages each. In addition, members of Boy Scouts Troop 69 and Cub Scout Pack 459 donated cookies ...
Alpharetta Methodist is located at 69 North Main Street in downtown Alpharetta. For more information about Operation Oreo, please visit afumc.org/oreo.
READ ENTIRE ARTICLE HERE:

Don't you remember? Black people call other black people –– such as Condoleezza Rice, Clarence Thomas, Walter Williams, Star Parker, Ben Carson and Thomas Sowell –– who cooperate with and try successfully to emulate white people, OREOS, because "they're black on the outside, but white on the inside."

And no, to leftist agitators, mercy freaks, grievance junkies and chronic malcontents it's not a joke. I am frankly amazed a complaint has not already been lodged and a lawsuit already put in the works against this huge, racially-motivated SLUR thinly disguised as charity.

There are a great many African-Americans in the armed forces many of them continually In Harm’s Way. How do you think this phony charitable gesture has made THEM feel?

The Alpharetta Methodists should be stripped forever of their tax-free status and made to pay reparations to those poor, beleaguered African Americans who have been insulted, grievously harmed and traumatized –– possibly forever –– by this crass racist gesture. I'll bet most of the so-called Methodists involved are secret members of the Ku Klux Klan.

Expect more of this sort of outrage from Southerners who are royally pissed off about the forced removal of the Virginia Confederate Battle Flag from the grounds of the South Carolina State House.

The Gift of even a single Oreo should now be considered the modern equivalent of a Cross Burning. The gift of TONS of these nasty little Icons of Racial Prejudice is more like a LYNCHING.

We should DEMAND a March on Washington from all people of good conscience to INSIST that Oreos be REMOVED from every grocery store in the land. The product is worse than the Gold Dust Twins, Little Black Sambo, Amos 'n Andy, and Aunt Jemima COMBINED. It MUST be BANNED before widespread rioting, looting, arson and wholesale murder break out nationwide.

I, personally, am so incensed I pledge not to rest, and will refuse to eat, till every single Oreo Cookie and every trace of the packaging that once housed these vile Emblems of Hate and Oppression, and every perverse piece of advertising that ever touted them have been rounded up, brought to Washington, DC, and INCINERATED in a BONFIRE set ablaze at the base of the Capitol Steps –– an event that must be thoroughly documented by the forces of CBS, NBC, ABC, CNN, C-Span, The New York Times, the Washington Post and The Nation COMBINED.

Shame on you for finding this outrage the LEAST BIT amusing. It is NOT, it is APPALLING. 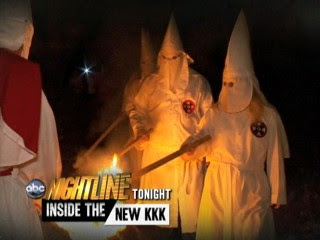