I remember, I remember.
The house where I was born,
The little window where the sun
Came peeping in at morn;
He never came a wink too soon,
Nor bought too long a day;
But now, I often wish the night
Had borne my breath away.

I remember, I remember
The roses, red and white,
The violets, and the lily-cups,
Those flowers made of light!
The lilacs where the robin built,
And where my brother set
The laburnum on his birthday,
The tree is living yet!

I remember, I remember.
Where I was used to swing,
And throught the air must rush as fresh
To swallows on the wing;
My spirit flew in feathers then
That is so heavy now,
And summer pools could hardly cool
The fever on my brow.

I remember, I remember
The fir frees dark and high;
I used to think their slender tops
Were close against the sky;
It was a childish ignorance,
But now 'tis little joy
To know I'm farther off from Heaven
Than when I was a boy. 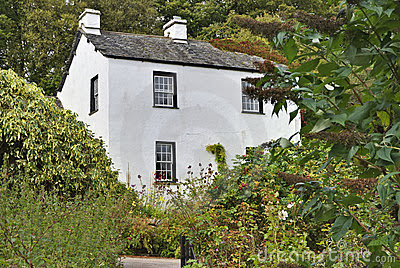 Thomas Hood (1799-1845) is a shamefully overlooked 19th century literary great ... His obscurity is all the more surprising when we consider how immensely popular he was throughout the Victorian era.


During his short lifetime Hood overcame debilitating illness and grinding poverty well enough to be considered a national treasure. He contributed humorous articles to popular magazines such as Athenaeum and Punch, and also single-handedly ran his own magazine The Comic Annual (1830-42). He wrote just one novel –– Tylney Hall (1834) –– but poetry was his real forte.


Hood’s output was created at great cost to his health. In his early days he was a talented engraver working alongside artists such as Thomas Rowlandson –– a man with whom he later often collaborated –– but was compelled to abandon this profession and seek outdoor occupation to recover his strength. It was a tough existence. Hood became an invalid on 1841, and was only saved from financial ruin by the intervention of Prime Minister Sir Robert Peel, who was a great fan of Hood’s works. When Hood eventually died, his family was granted a state pension, and the public continued to adore him. A memorial was later built by public subscription in Kensal Green cemetery. ...
http://www.wickedwilliam.com/thomas-hood-tylney-hall-multicultural-wanstead/