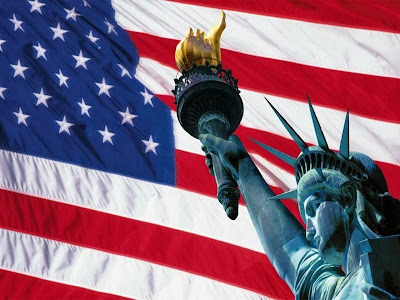 What would YOUR answers be? Please discuss without resorting to mockery, flippancy, sarcasm, name-calling invective or vulgarity.

YES. Too much government gives us too many taxes. Taxes that continually rise, never go down and never die. The uses to which these funds are put are dubious an damnable in most instances.

2. Is government spending too high?

YES, because too much is wasted on failed programs that never die, bloated bureaucracies and redundant, overpaid, underworked government employees who do nothing but punch keys, push paper and gobble up vast amounts of taxpayer's money.

YES! At the rate things are going the government will soon  start to tell us EXACTLY how –– when –– and how often –– we are to wipe our own asses, how may squares of bathroom tissue we may use at each bathroom event, in what direction we may wipe, and how much pressure may properly be applied to avoid injuring the perineum.  Given the terrifying strength of ever-metastasizing, out-of-control, increasingly intrusive and overbearing Technology, very soon these homely, intimate activities will be carefully MONITORED, SCIENTIFICALLY MEASURED and RECORDED in a vast CENTRAL DATA BANK. Violators of government standards will be fined and jailed or sent to "re-education centers after repeated offenses, etc.

YES. Free Trade would kill the Union-Government Cartel that keeps wages artificially, cripplingly high, and exerts a stranglehold on the American consumer, and therefore, the economy. If American workers were forced to compete on a global scale in a true Free World Market, wages AND prices, and the cost of living would come way down, and the crying need to "outsource" labor would largely vanish. Our currency then might start to regain some of its intrinsic value. Right now, we are living on "counterfeit money" –– FIAT MONEY –– printed up by the FEDERAL RESERVE.

5. Should the minimum wage be abolished?

YES. People who want to work should be allowed to work at ANY wage an employer offers that a given employee is willing to accept. No law, however, should tell a prospective employee he or she must ACCEPT that particular job. There is ALWAYS plenty of WORK that needs to be done. There should be no government constraints whatsoever on working conditions as long as the prospective employee is willing to accept them in exchange for a wage. LOW WAGES are better than NO WAGES.

6. Should rent control be abolished?

No, because I, personally, have known too many nice old ladies and gentlemen in New York, retired living on low fixed incomes, who had lived in their apartments for decades.  I'm talking about people in their late seventies into their nineties. To disrupt their lives at such a late stage would be inhumane to say the least. They would have nowhere to go, if they were evicted, and would either have to die in the streets –– literally –– or be institutionalized in some hideous jail-like facility at public expense. Such draconian policies would very likely hasten the demise of these perfectly decent, innocent people who merely had the colossal effrontery to live too long for their landlord's –– and City's –– convenience.

7. Are zoning laws too strict?

NO. If we are to have a sane, decent, orderly attractive, pleasant society in which children may hope to thrive, we cannot have noisy, smelly factories, slaughterhouses and chicken-processing plants, garbage dumps, sewage treatment plants, and the like cheek-by-jowl with residential neighborhoods. And we should never permit cities, towns, villages, counties, or states to abuse the right of Eminent Domain to dispossess homeowners to develop shopping malls, parking lots, or other forms of industry that impinge on residential areas in order to create more taxes for the area or community in question. LOCAL community standards should be permitted to prevail when it comes to the establishment of degrading, morally opprobrious nuisance industries such as "adult" book stores, "adult" move houses, strip clubs, bars, tattoo parlors and houses of prostitution.

8. Do we spend too much on Medicare?

YES. Medicare is rife with "waste, fraud and abuse." It is a cumbersome system that is fast heading toward bankruptcy.

9. Do we spend too much on Social Security?

YES. Social Security, a bad idea to begin with, was supposed to provide SUPPLEMENTARY INCOME to retirees. It was never intended to be the SOLE SOURCE of retirement income for the majority of Americans. Also the "Trust Fund" was SUPPOSED to be kept intact strictly for the purpose for which the act was passed in the first place. Instead the "Trust Fund," which exists only in myth and high-flown theory, has been consistently ROBBED to finance OTHER government projects –– purposes for which it was never intended, so it too is teetering on the brink of bankruptcy.

YES. It has outlived its usefulness, and has become primarily a disseminator of JUNK MAIL –– a HUGE waste of time, money and paper.

11. Would school vouchers be an improvement over government schools?

YES. ANY alternative to public education, as it exists today, would likely be helpful to the advancement of a free society. Public Education today is run by heartless, greedy, unprincipled, self-serving Unions, and largely provides little more than a nationwide network of Leftist Propaganda Mills.

12. Should we relax immigration laws?

13. Would housing vouchers be an improvement over government housing?

YES. Although something on the order of structures built by Habitat for Humanity should be set up systematically to replace and ultimately ELIMINATE trailer parks, which are for the most part a hideous BLIGHT on the nation's housing.

14. Should the government sell off more of the public lands?

NO, although I suppose the purpose for which they might be sold should be taken into consideration. No economic interest –– no matter how powerful or seemingly practical –– should EVER work to harm the integrity of our national parks and natural wonders.

15. Are worker safety regulations too strict?

16. Does drug-approval by the FDA take too long?

NO. It was tempting to say YES, but considering the long, long lists of potentially hazardous –– even lethal –– side effects accompanying drugs widely advertised today, it's tempting to think that the process of approval should take even longer. It's hard to know whom to believe.

17. Do you think we spend too much on anti-poverty programs?

18. Is occupational licensing (for doctors, plumbers, and other professions) too strict?

NO, although to mention doctors and plumbers in the same breath is ludicrous.

19. Does the government spend too much on higher education?

20. Does the Federal Reserve have too much discretionary power?

21. Should marijuana be legalized?

YES. As long as Liquor, Tobacco, Rock and Roll, and Pornography are legal, why not go whole hog, and let people hell-bent on self-destruction destroy themselves anyway they like without interference? Might be a good way to decrease the surplus population and simultaneously cleanse our gene pool of foul elements.

22. Should all sex between consenting individuals be legal –– even for money?

YES. As long as it’s VOLUNTARY.

23. Do you believe in freedom of expression for books, newspapers, radio, television, the Internet, and so on, even for offensive and unpopular views and subject matters?

24. Should private clubs have sole authority to select their own members, even if they are discriminatory?

YES. Absolutely. The word PRIVATE implies the right to EXCLUDE whomever the members wish not to be forced to associate with. As free citizens of a free republic, we should have the right to form PRIVATE, EXCLUSIVE organizations as long as they are self-sustaining and gather no support from government.

25. Are you against national service?

YES, unless it is entirely VOLUNTARY. REQUIRED service smacks too much of Hitler Youth, The Young Communists and other government sponsored movements popular in collectivist societies.

26. Are you against the draft?

YES. Certainly against it in peace time, but if we should ever be attacked on our soil, all bets would be off. We MUST be prepared –– and willing –– to defend our HOMELAND.

27. Does the U.S. intervene too much in other countries?

YES. PERIOD! and it must STOP, since it serves no one interests but the makers and purveyors of war materiel, the owners and suppliers of raw material and the international bankers and financiers.

28. Should the military budget be cut?

YES. We should spare no expense for legitimate DEFENSE, but CEASE all AGGRESSION against foreign powers of which we disapprove. Let the CIA gangsters and special commando forces return to assassinating the leaders of rogue nations and violent, destabilizing terrorist organizations such as Al Quaida.

29. Should the U.S. refuse to pay for the defense of allies rich enough to defend themselves?

30. If our country must fight a war to defend herself from enemy attack, should the U.S. try harder to avoid civilian targets?

NO. If we, ourselves, are ever attacked militarily, God forbid, we should show NO MERCY WHATSOEVER to the enemy. Take no prisoners. Do whatever may be necessary to bring him to his knees, in tears, shrieking in terror, begging for mercy as quickly as possible. The most brutal war is ultimately the SHORTEST and, therefore, the KINDEST war.

“HE WHO WOULD BE KIND TO THE CRUEL WILL BE  CRUEL TO THE KIND.”

"EXTREMISM in DEFENSE of LIBERTY is NO VICE."

"MODERATION in WAR is IMBECILITY."
Posted by FreeThinke at 10:00 AM