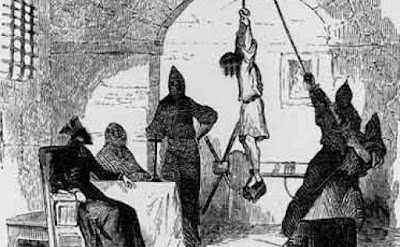 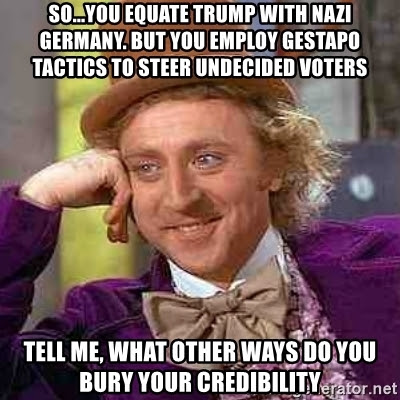 SILVER  FIDDLE  Posted the Following
at Always On Watch Yesterday

Donald Trump became the target of a hitjob conspiracy--planned from inside government--at the time of his nomination.

The conspiracy failed, he became president, and now the conspirators had a big mess to clean up.

Slow-rolling appointment approvals was one tactic, but the iron-clad weapon of diabolical brilliance was getting Mr. Magoo and the co-conspirator GOOPers to appoint a Special Prostitutor.

The Special Prostitutor is Comey's BFF and he's staffed up with Hillary voters, but we're supposed to believe he's "beyond reproach."

Besides providing cover for the conspirators, this keeps President Trump tangled up, smothers all good news, and given abusive lawfare prostitutors' proven ability to "indict a ham sandwich," will take down the President and everyone around him.

It is clear: We were not supposed to elect Donald Trump. The Establishment is correcting a voter mistake.

The waters are now permanently poisoned; reason and charity have flown; people will never again believe anything good about their political enemies, suspicion will reign, and all future politicians will be de facto illegitimate in the eyes of the half of voters who opposed them.

The lawyers have made a mockery of the law. It is a sword of Damocles to the powerful: Stay in line, don't defy the cabal, or we will get you.

Donald J. Trump was not supposed to be President--the corrupt cartel that runs this nation is correcting the voters' mistake.

And make no mistake; this also serves as a warning to others outside the political class:

We will destroy you. No business person can withstand the legal and personal scrutiny. No one.

The elites pick acceptable candidates for us so we can enjoy our sham elections every four years.

It sickens me to see this happening. See all the rage-filled haters, blood in their eyes, cheering this on? That is our future.

The only consolation is the entire project is fiscally unsustainable and will eventually collapse. 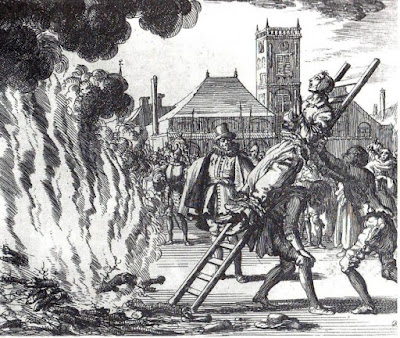 An excellent summation, Silver. It deserves to be the centerpiece of a post all its own.  I would only have said that it seems most likely that Mr. Trump was a target for this sort of Persecution by "Kangaroo Justice" from the moment he made it clear he was serious about seeking the nomination.

I have to say that I saw all this for what it is from the moment all the obviously-fabricated BILGE about "Collusion with Russia" started to dominate the scene.  The unmistakable scent of freshly-laid BS has choked us, and befouled the air ever since.

From the journalistic coup d'etat we call WATERGATE. –– through the spurious, trumped-up fracas over the Iran-Contra Investigation, which was OBVIOUSLY ginned up for the sole purpose of trying to UNSEAT President Reagan, –– through the absurd Carnival-style Pornographic Sideshow of the Moronica Lewinsky Affair leading to B.J. Clinton's Impeachment and Disbarment, but which backfired badly on the GOP, because they refused to CONVICT BJ in the senate –– through the seemingly endless dispute over Hanging Chads, which developed from AL GORE's REFUSAL to CONCEDE the election to George W. Bush, –– to the PRESENT Crisis of Confidence manufactured in a nefarious attempt to GET RID of PRESIDENT TRUMP ––– ALL these unwelcome, unwarranted machinations form a PATTERN:

Those in Permanent Positions of Power (i.e. "The Deep State") now openly bare their fangs and unsheath their claws in a PUBLIC DISPLAY of stubborn UNWLLNGNESS to ACCEPT the RESULTS of an ELECTION followed by a lengthy, often brutal campaign to OVERTURN the RESULTS of that ELECTION by any and all means possible short of an ARMED PALACE COUP –– and who knows when THAT may soon appear in the horizon?

Slowly-but-surely for the past one-hundred years the LEFT in the guise of Progressivism has been chipping away at the CONSTITUTION.  If this monstrous coup d'etat against President Trump is allowed to succeed, the minions advocating DICTATORSHIP by an OLIGARCHY of PERMANENTLY ESTABLISHED ELITES–– many of whom may not even be U.S. CITIZENS –– will have established itself as our NEW form of government.

This means the Representative Republic designed by our Founding Fathers will be forever LOST, and We the People will be rendered powerless.  We will have lost ALL our RIGHTS, and will become SUBJECTS instead of  CITIZENS for the foreseeable future. 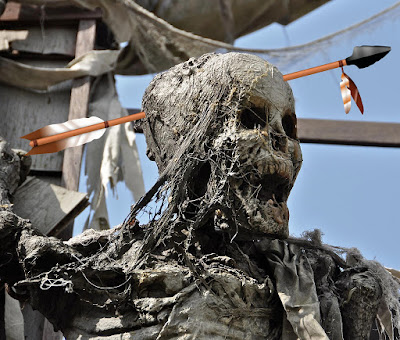