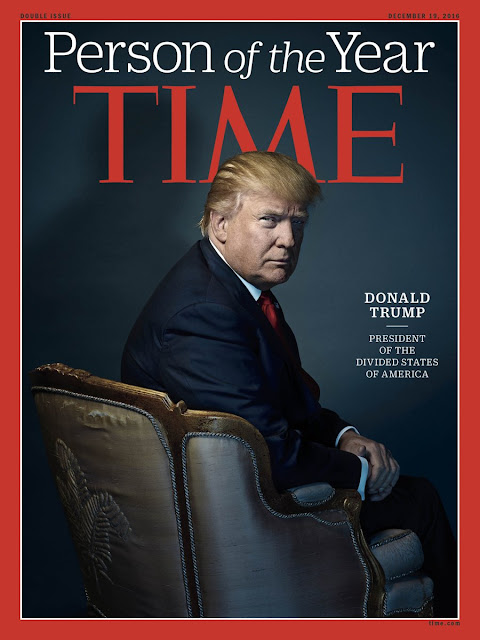 WHY I SUPPORT DONALD J. TRUMP

I have taken considerable trouble to LISTEN to MOST of Mr.Trump's extended remarks thanks largely to C-Span. The picture one gets of Mr. Trump when he is freed from biased, agenda-driven "editing" and the tendentiously selected “sound bites” produced by the enemedia is very different from the grotesque caricature the media has perpetually made of him.

If you had stayed up, as I did, to witness Election Evening's  historic event in its entirety, you would have had the chance to hear Mr. Trump's acceptance speech, which came close to 3:00 AM. He was extraordinarily gracious, generous, quiet-spoken, and kind to point of magnanimity.

What impresses me most about the way Mr. Trump has generally addressed his audience during this campaign is the way he never fails to include his hearers with talk of “US” and "WE working together for OUR country." He doesn’t CONDESCEND to the millions upon millions of people who have flocked to his rallies all over the country.

A stark contrast to Mr. Obama's dour, humorless, perpetually lecturing –– or downright rabble-rousing –– tone, and incessant use of the first person pronoun "I" in nearly every sentence of every public statement he's ever made. And then we’ve had Mrs. Clinton's Academy Award Winning evocation of a shrewish Mother-in-Law from Hell scolding everyone in sight on general principles –– OR –– Nurse Ratched coldly and cruelly presiding over a Pscyho Ward filled with dangerous lunatics.

In contrast Mr. Trump never fails to acknowledge and give thanks to those who have helped him along the way. He does this amiably with considerable warmth and even affection. Unlike Mrs. Clinton's harsh, toneless, abrasive, uncultivated, unmodified Midwestern twang, Mr. Trump's tone, –– despite his limited vocabulary, inelegant phraseology, and painfully obvious NOO YAWK upbringing ––, is gracious, gentle and genuinely appreciative when speaking to or about those who have aided and applauded him during the arduous process of campaigning.

Of course, I may well be wrong in my enthusiastic appraisal of Mr. Trump's performance, but I have watched him closely for at least six months, and have seen him evolve and grow tremendously along the way.

If you received your impression of Mr. Trump only from sound bites and video clips heavily edited to present him in the most unflattering light possible, it's unlikely you've really seen him at all.

In answer to those who perpetually accuse him along with Mrs. Clinton of being “the two most unpopular candidates we’ve ever run,” and then insisting he “knows nothing,” and has been “incapable of addressing specifics” I have listened to him in depth, and found him to be far more astute, far better attuned to reality, and far more aware of the acute dangers we face than anyone I could name, since Richard Nixon, who, –– unlike the maladroit Mrs. Clinton ––,  really was “the best-prepared politician ever to run for the office of the president.”

Like most I regarded Mr.Trump as a vain, bombastic boor at first, but I have since come to realize that there could be no reason for him to have put himself through the grueling, viciously insulting process he's endured for fifteen months other than a genuine desire to help rescue our country from the steep downward spiral on which the Leftists, the RINO’s, and the International Elitists have so callously –– and so stupidly –– put us.

I believe Mr. Trump when he says he loves this country, is grateful to her, and feels a moral obligation to “give back.”

In contrast I've never been able to believe a SINGLE THING Mrs. Clinton has said in public. She continually radiates excessive pride, conceit, arrogance, an unwarranted sense of entitlement, blatant hypocrisy, and a cold, –– almost reptilian ––,  detachment in the way she habitually treats and regards others. Not only have I found her unappealing to the point of repugnance; I also find her frightening. She is a person I'd make every effort to avoid meeting if ever I had the misfortune to find myself sharing the same street with her.

With that in mind naturally I rejoice at her resounding, humiliating defeat, and the near-certainty that neither she nor her lecherous, ill-bred consort in corruption are ever likely to sully our political process again.  I’m content to let them keep their ill-gotten gains, as long as they withdraw into Obscurity, and suffer a similar fate to that endured by the Duke and Duchess of Windsor.
Posted by FreeThinke at 12:00 AM