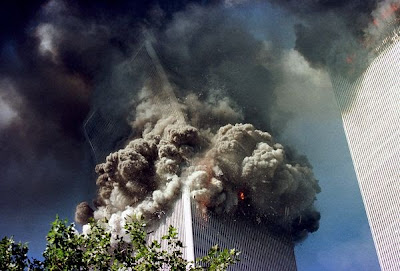 Before dazed onlookers could begin to understand what was happening
_____ another silver shell acting as a missile
__________ crashed into the second of the giant pair.

Ugly buildings!  A hideous blot
_____ on the once-graceful Manhattan skyline!