In HONOR of VETERAN'S DAY 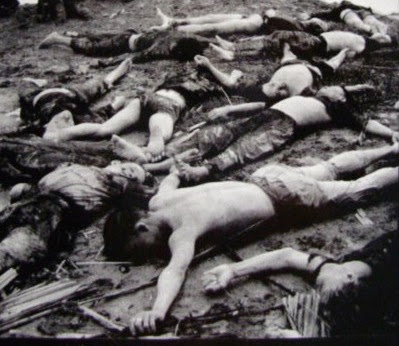 How does it feel to be cut in half
_____ by a sudden burst of machine gun bullets?

What does it feel like at the precise moment
_____ when a bullet enters your eye, and pierces your brain?

Can you imagine having your lower jaw smashed by bullets
_____ and then see its bloody, splintered fragments
__________ drop to the ground ?

What is it like to take a direct hit to the skull?
_____ Would you know that you were dead?

What sensations must a person feel
_____ as his body is being consumed by fire?

How does it feel to have the flesh ripped off your cheeks?
_____ To have all the flesh on your hands torn off
__________ exposing bones and tendons?

How does it feel to have grit and gravel
_____ embed themselves in your eyes?

Exactly how does it feel to have your head
_____ stomped to jelly by hobnailed boots?
Or your genitalia ripped out by the roots
_____ and stuffed into your screaming mouth?

How would you feel when you are forced to eat
_____ ground glass or drink hydrochloric acid?

How would you feel if you were sodomized by barbarians
_____ then buried up to your neck in sand
__________ and systematically stoned and kicked to death?

How does it feel to be held down
_____ and deliberately blinded by acid?

How does it feel to be maimed by “Friendly Fire?

How does it feel to be flayed alive
_____ and then slowly cut to ribands?

But much more important is 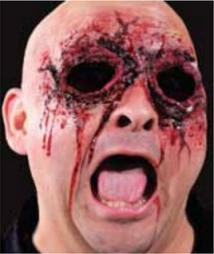