The Irreconcilable Conflict Between the Concepts of Liberty and Equality

Any way you choose to view it, "government" always has –– and always will -- function as an agent of FORCE –– i.e. COERCION.

The very fact that most acknowledge a need for SOME form of government constitutes a tacit admission among those capable of thought that the vast majority in any given population can NOT benefit from LIBERTY, because they have neither the wisdom, the knowledge, the moral fiber, nor a sufficient degree of piety to prevent themselves from abusing freedom, thus making a travesty of Liberty.

The Achilles Heel, as it were, in our Founding lies in the unfortunate, ill-consiered phrase "all men are created equal."

What the Founders might have meant there was either lost, ignored –– or deliberately thrown away long ago –– in a series of willful, agenda-driven populist-socialist-communist, utopian, pseudo-egaliarian initiatives.

The Ascent of the Common Man has brought little but Grief, –– escalating conflict on a formerly unprecedented scale, and ever-increasing carnage to this always troubled sphere.

It should be painfully obvious to anyone with a modicum of intelligence that the populace in this ––and every other society in recorded history -- is most decidedly NOT comprised of individuals of equal beauty, brains, talent, motivation or animal magnetism, better known these days as "charisma."

In Auguries of Innocence the eighteenth-century poet, artist and mystic, William Blake observed:

Of course, he was not content to leave it at that, and went on to urge the pursuit of a more perfect understanding of God to find peace in the reconciliation of one's true place in the Universe with one's dreams and desires. Salvation –– better understood as Fulfillment of one's potential –– may be achieved NOT through obtaining the mythical state of literal "EQUALITY" for all, but through Understanding, Acceptance, and dutiful Performance of whatever role one is best suited to play in The Great Scheme of Things.

In plain English it would be preferable for all concerned to be a good trash collector than a bad bank president or a corrupt mayor.

Voltaire got it right in Candide when he claimed it would be better for each of us to tend his own garden than to try to change the world to suit our peculiar notions of what may be right, good and true.

Voltaire seems to have had a lot in common with Bilbo Baggins here, doesn't he? ;-)

“Life is too short,
and time too valuable
to spend it in telling what is useless.” 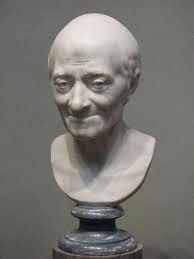